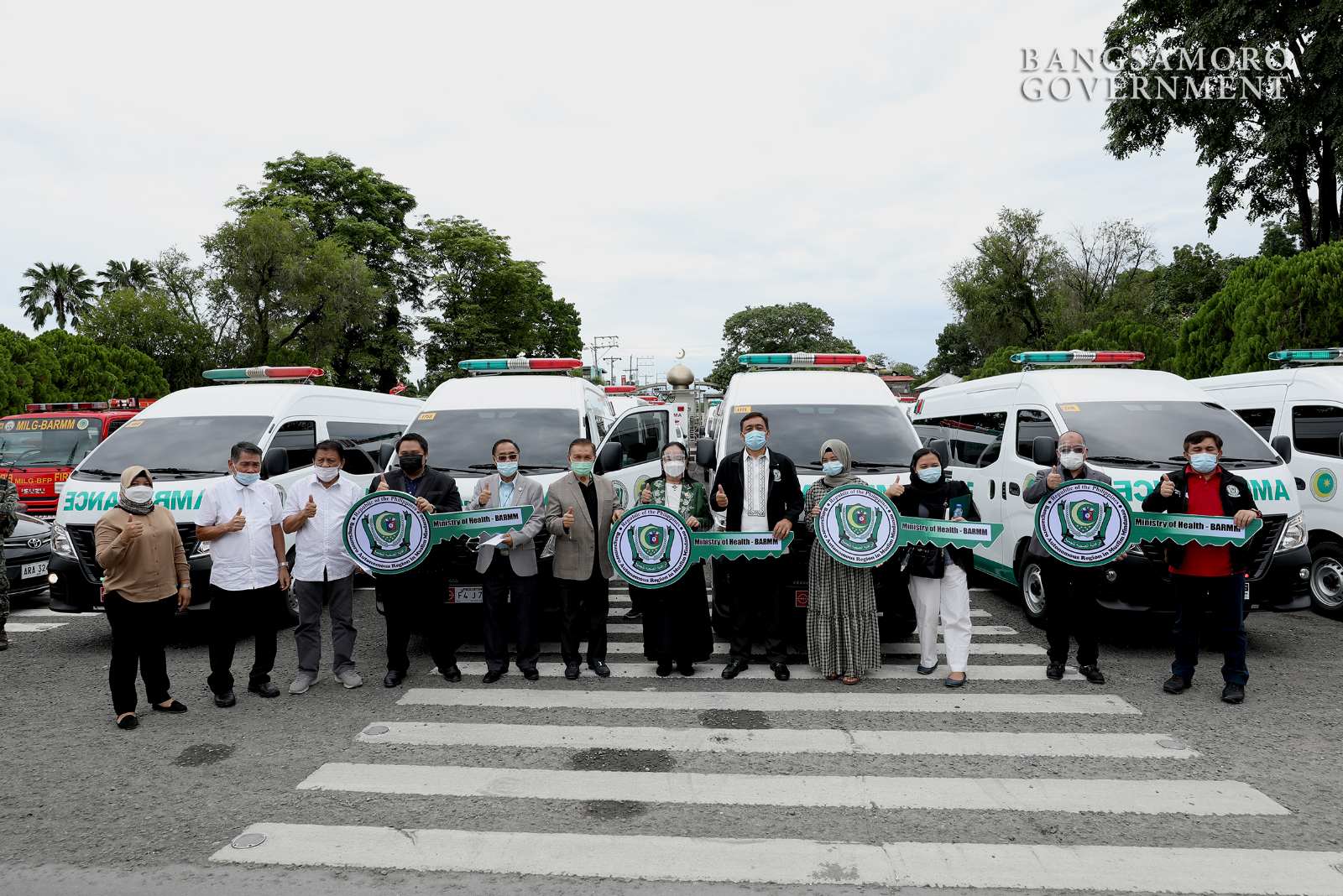 The project is an initiative of the Members of the Parliament (MPs) which is aimed at boosting quality health care services, and addressing the gaps and challenges in the region’s health services.

“Ambulance service is one of the vital health services for the delivery of before and after hospital care to a sick patient or to an injured patient resulting from an emergency or disaster,” Minister Latiph noted.

“I assure our dear partners from our various end-use hospitals and health care facilities that the Bangsamoro Government will stand by your side in our quest towards […] a region that manages health as an important component towards a sustainable development,” BARMM Chief Minister Ahod B. Ebrahim said.

Barangay health workers (BHWs) also received kits that would keep them capacitated in their functions in their communities. Previously, the BHWs across the region received a total of 7.2 million pesos incentives under the same project.

Minister Latiph added that several RHUs were also given basic emergency obstetric and newborn care (BEMONC) medicines in order to address issues on stock-out in some health facilities.

Dr. Zul Qarneyn Abas, MOH deputy minister and a parliament member, said MPs’ functions are not only limited to legislations, but also in providing social services to its people.

“The TDIF projects we turned over today are proof of our commitment and support to the health endeavors of the Bangsamoro Government,” Dr. Abas said. (Bangsamoro Information Office)