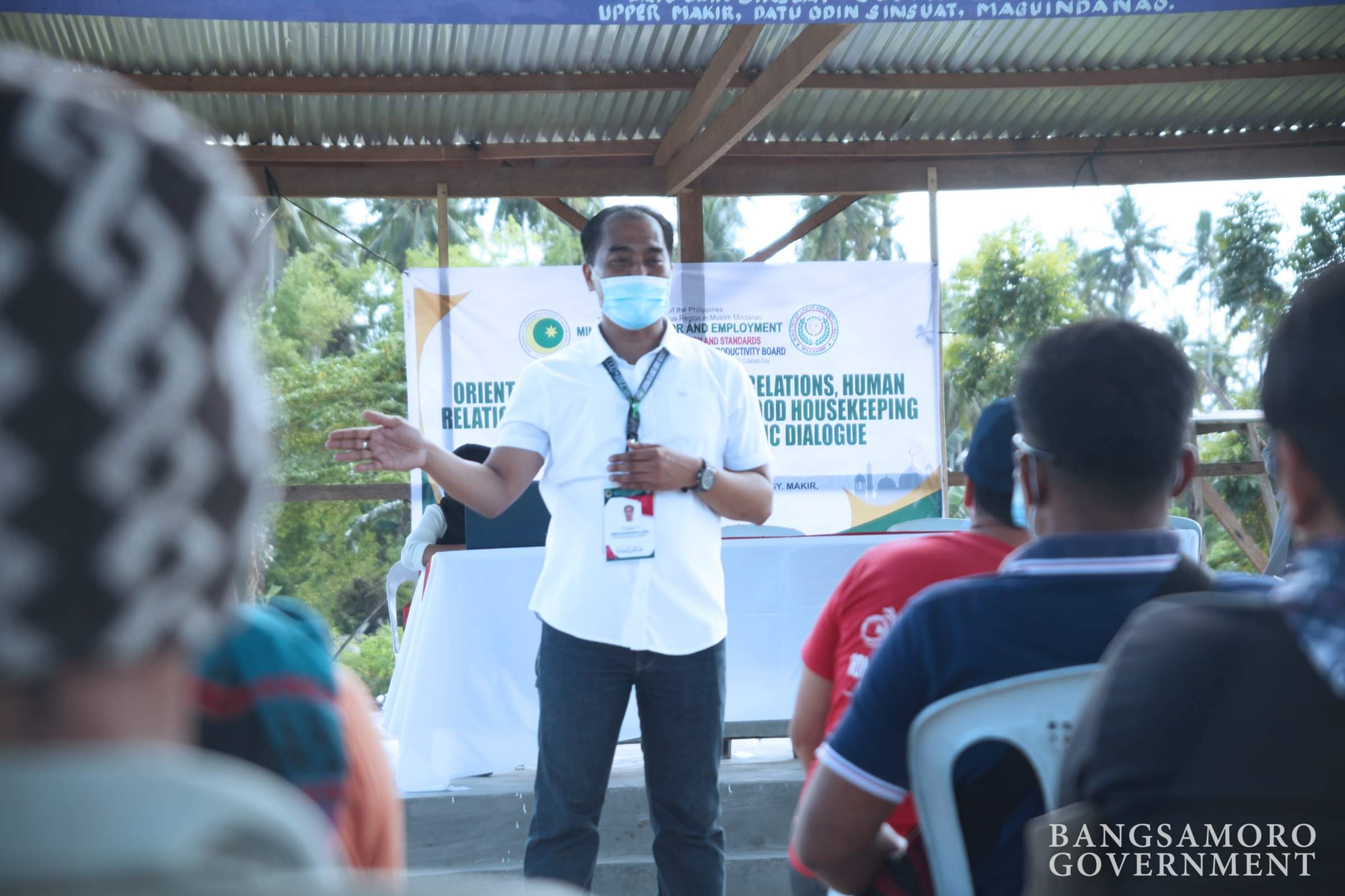 COTABATO CITY—In a bid to help educate private workers on their basic rights as employees, the Ministry of Labor and Employment (MOLE) conducted an orientation on Labor Relations, Human Relations and Productivity on Wednesday in Datu Odin Sinsuat, Maguindanao.

The ministry’s Bureau of Labor Relations and Standards (BLRS) and Bangsamoro Tripartite Wages and Productivity Board invited 53 workers from the town’s Serten Manning Corporation, a banana plantation exporting to Damam, Bahrain, China and Japan.

Datu Michael Abas Kida, president of the aforementioned corporation, stressed how important it is that the Bangsamoro Government pays attention to small economic hubs in order to boost employment in every area.

Nanda A. Kusain and Mohiddin Usman, labor and employment officers, were the resource speakers to the event.

This method is a basic and fundamental approach for quality improvement, and intended to optimize the physical workspace for efficiency and effectiveness.

Kusain also talked about Human Relations which tackled the important characteristics an employee should have.

Meanwhile, Usman lectured about compensations, privileges, and incentives as an employer’s right, and the leave credits they are entitled to.

“It is important that they (employees) understand the mathematical formula of their claims like (for example) the incentive on night shifts, overtime payment, payment on regular and special holidays,” Usman said.

“Most importantly, the role of Pag-IBIG, SSS and PhilHealth and the Employment Compensation Commission, so the moment they need it, they know where to go,” Usman added.

A similar activity is also scheduled to the BARMM’s 63 barangays in North Cotabato. (Bangsamoro Information Office)