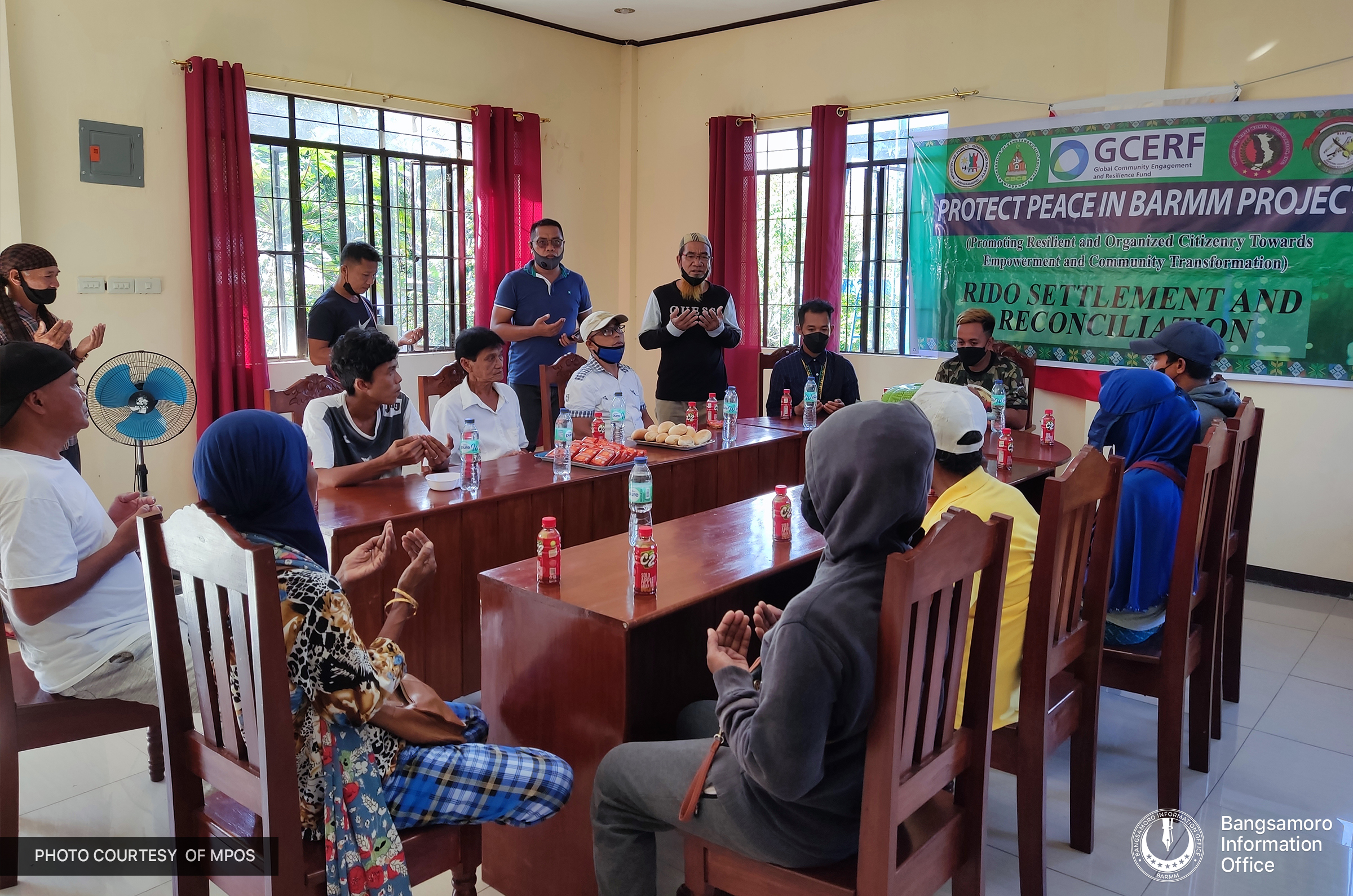 BASILAN – On January 28, the Ministry Public Order and Safety (MPOS) and its partners successfully resolved a rido (family feud) that lasted for two (2) decades between two prominent families in the province of Basilan.

For privacy reasons, MPOS did not disclose the identities of the families involved.

The rido settlement was held in Barangay Bohe-Ibu in Lamitan City, wherein the families promised to live as brothers in the name Allah, and signed a peace accord to officially end their feud, which claimed many lives of their relatives and disturbed the peace in their communities.

“Alhamdulillah, we reached this amicable settlement by both parties, through series of negotiations. Thank you Ministry of Public Order and Safety for supporting this event,” said Brgy. Chairman Maklimar Mamang.

During the negotiations until the formal settlement, MPOS provided logistical support to arrange the agreement and settlement of the families. This is among the commitments of MPOS under the “Protect Peace in BARMM” project, a collaboration with GCERF and CBCS.

The project aims to reduce, if not totally eradicate, family feuds in the region, and transform rido-affected communities to be resilient and conflict-free.

Shahid Akbara, community affairs officer of MPOS-Basilan, expressed his gratitude to the ministry’s partners and the families who supported peace initiatives for the region.