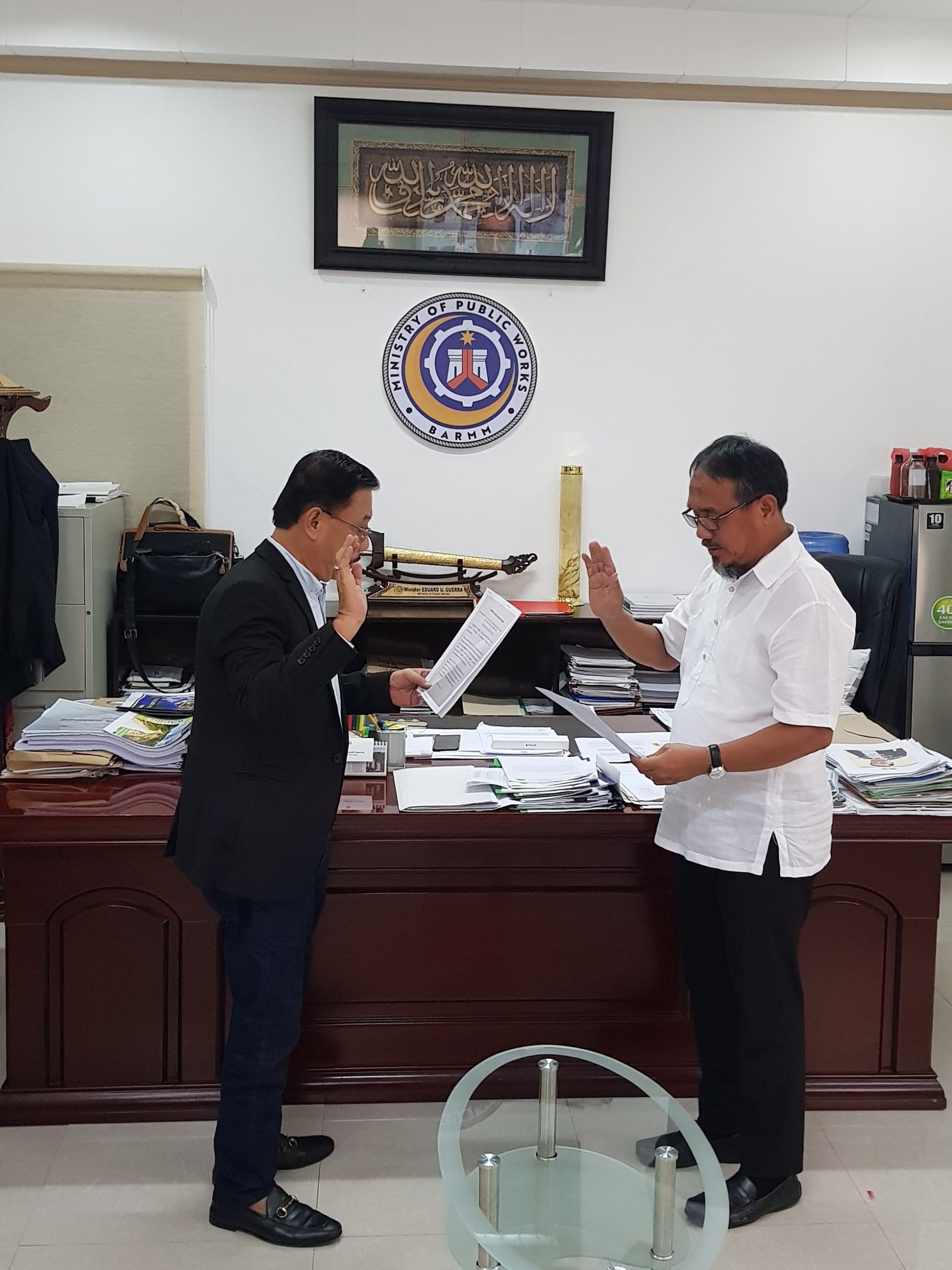 “I would like to extend my thanks and gratitude to the Bangsamoro leadership under the stewardship of our Ameril Mujahidden Chief Minister Ahob Balawag Ebrahim and to Minister Eduard Guerra of MPW-BARMM and to other ministers,” said Decampong.

“I assure to the Bangsamoro leadership that I will live up to their expectations and will deliver MPW’s commitments through moral governance,” he added

BARMM Parliament’s Committee on Finance approved approximately Php 15-billion worth of infra-projects for the whole region’s fiscal year 2021, including the recently turned over 63 Barangays in North Cotabato.