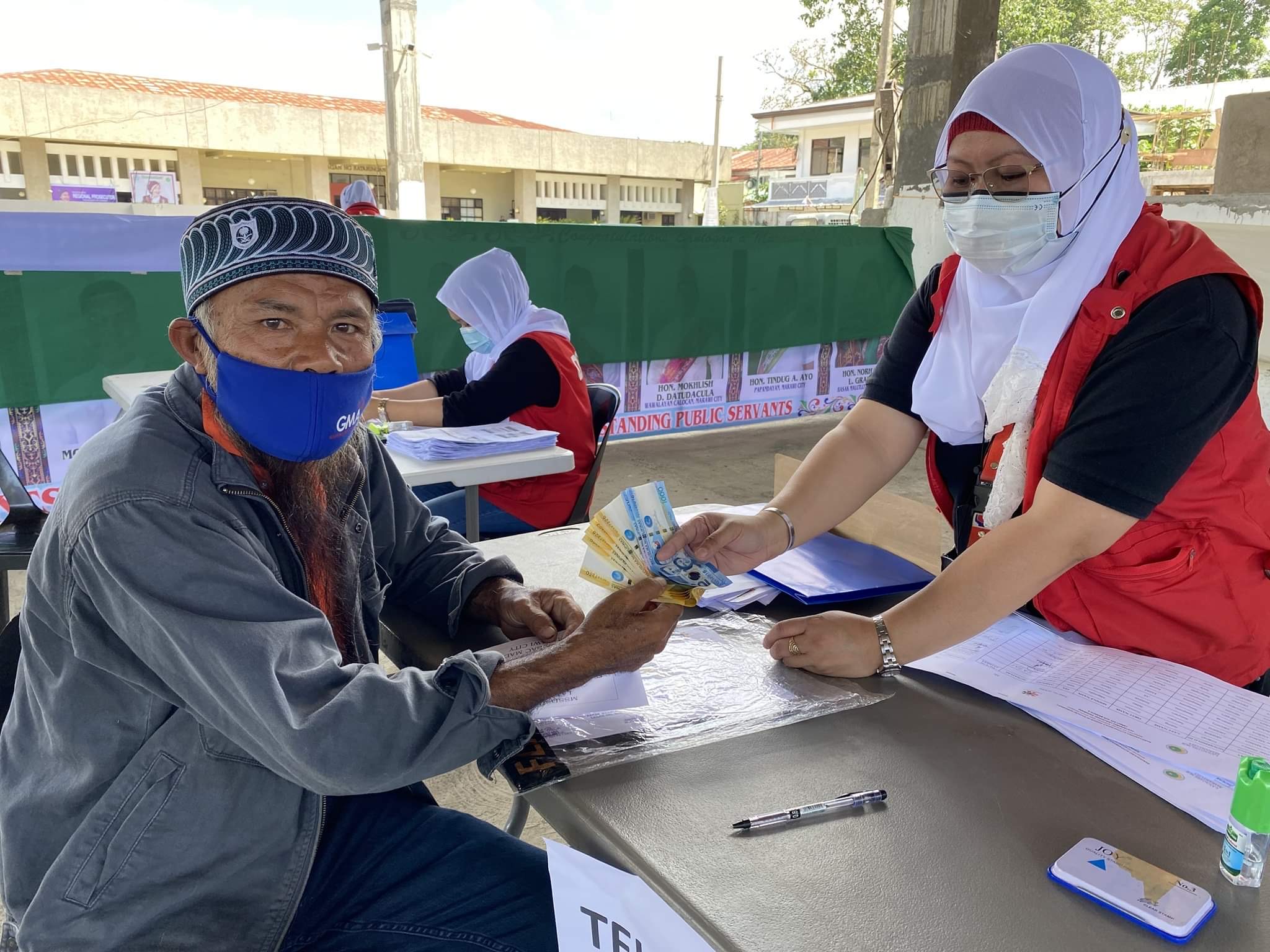 The Ministry of Social Services and Development (MSSD) started on August 11-12 the first cash aid distribution of Php5,000.00 each to some 636 internally displaced persons from Marawi City’s most affected area (MAA). The payout will run until November 2021 to cater all of the targeted 17,506 household beneficiaries. (Photo courtesy of MSSD)

According to MSSD Minister Atty. Raissa Jajurie, the financial aid is part of the Ministry’s interventions for the MAA IDPs. She said the cash aims to support the IDPs’ daily needs especially in this time of pandemic.

MRP is part of the Bangsamoro Government’s commitment for the recovery, reconstruction, and rehabilitation of Marawi City, based on the approved committee report made by the Bangsamoro Transitions Authority’s (BTA) Special Committee on Marawi (SCM).

Aside from the cash assistance, the ministry is also implementing other programs in Lanao del Sur province such as the B-CARES (Bangsamoro Critical Assistance in Response to Emergency Situation) Program, Sagip Kabuhayan Program, Kupkop Program, Kalinga para sa may Kapansanan Program, and others.

A similar cash distribution will be held from August 17-18 for 699 households from Barangay Sangcay Dansalan. The payout will run until November 2021 to cater all of the targeted beneficiaries. (Bangsamoro Information Office)