MSSD-BARMM targets to complete SAP cash distribution by May 15 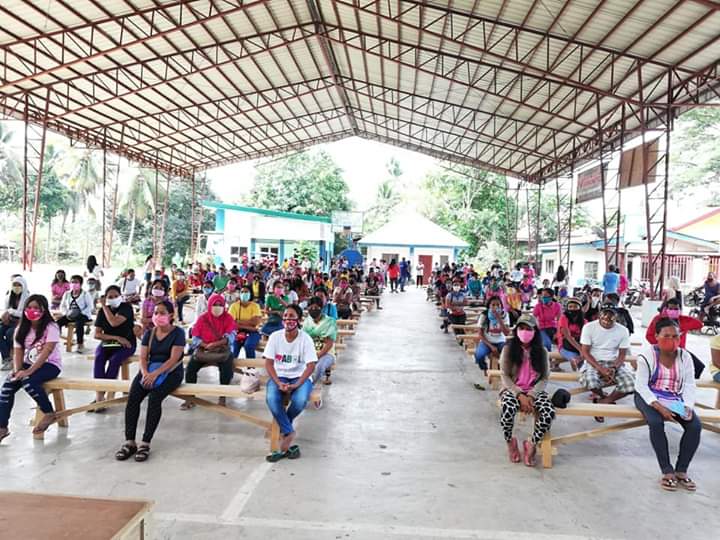 Cotabato City (May 3, 2020) – The Bangsamoro Government’s Ministry of Social Services and Development (MSSD-BARMM) has targeted to complete the distribution of the Social Amelioration Program’s (SAP) cash subsidy in the entire region on May 15.

This was announced by MSSD-BARMM Minister Atty. Raissa Jajurie on Saturday, May 2.

“Nagsimula po tayo mag-distribute ng cash subsidy noong April 19, at ongoing pa rin po ito,” Jajurie said, noting that there are 506,954 total number of beneficiaries in the region, including those members and non-members of the Pantawid Pamilyang Pilipino Program (4Ps).

[We have started the cash subsidy distribution last April 19, and it is still ongoing.]

Jajurie said, of the beneficiaries, 325,975 are 4Ps members while 180,979 are not. She emphasized that under the guidelines released by the national government, the non-4Ps member beneficiaries will each receive P5,000.00 cash. While those already beneficiaries of 4Ps will receive P3,650.00 cash.

[Because we have deducted the rice, and health and nutrition subsidy which was already covered under the 4Ps.]

According to Jajurie, since schools are closed for the month of April and May, 4Ps beneficiaries will receive P750.00 for health and nutrition subsidy, and P600.00 for rice subsidy.

[We want to complete the cash distribution as soon as possible but because of some limitations, like the movement of our workers and the number of personnel needed, we expect to finish the distribution by May 15.]

Jajurie also noted that the cash subsidies were supposed to be distributed on a house-to-house basis, but because of the limited time and that the MSSD aims to speed up the distribution process, the beneficiaries are rather gathered in a gymnasium or in a barangay hall. However, Jajurie emphasized that the beneficiaries observe strict social distancing.

Meanwhile, the MSSD-BARMM’s relief assistance for communities affected by the Covid-19 crisis is still ongoing.

Jajurie said her ministry has recently allotted an additional fund for the procurement of additional food and non-food items for relief distribution.

She also thanked the partners of the MSSD-BARMM in the distribution of relief goods and SAP cash aid.

[We thank our partners, the Local Government Units, the Armed Forces of the Philippines, Philippine National Police, and Non Governmental Organizations, even the beneficiaries themselves. Our subsidy distribution will only be successful if everyone cooperates.] (Bureau of Public Information)