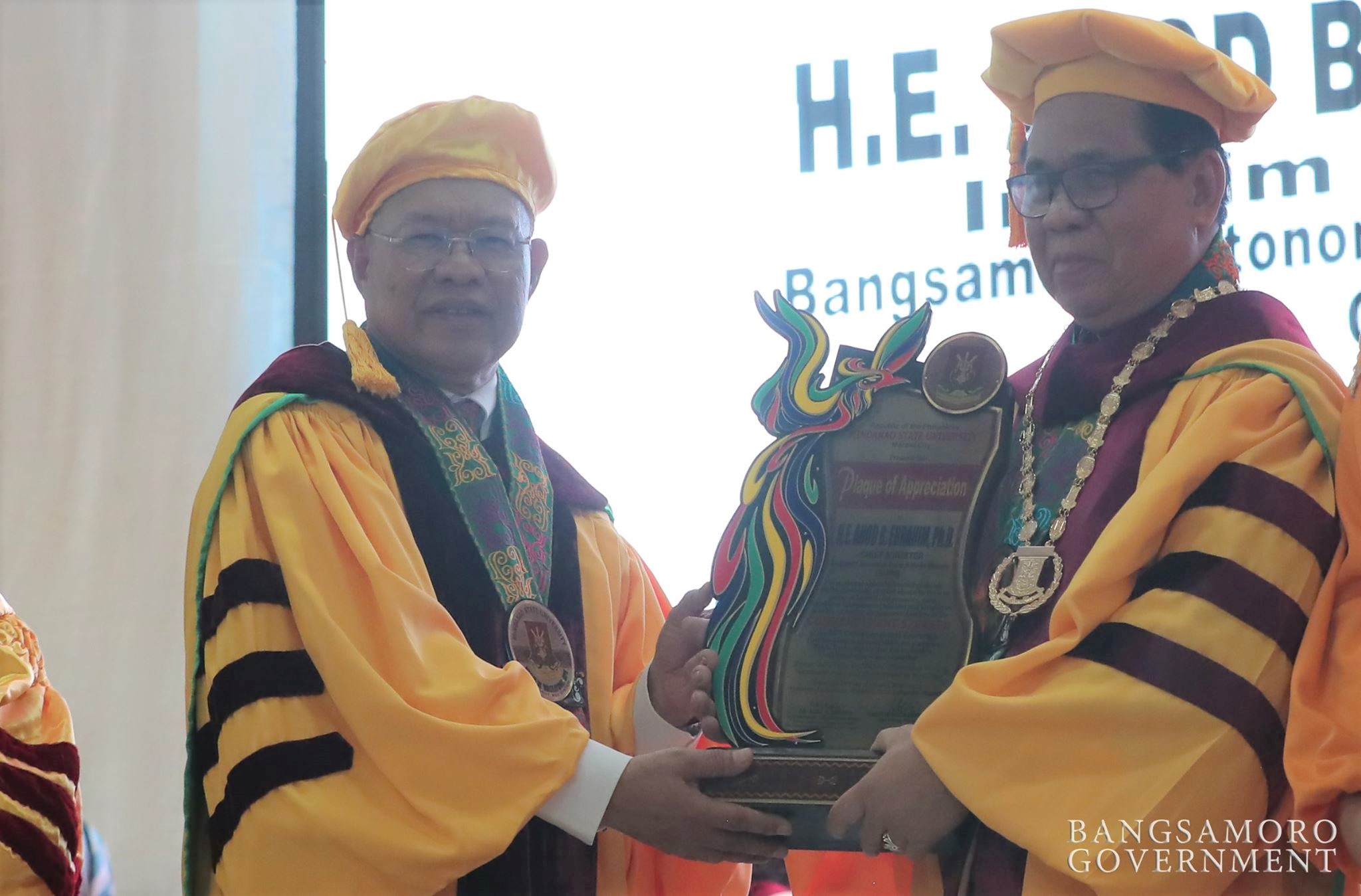 The conferment, which took place during the 55th Commencement Exercises (1st Semester A.Y. 2019-2020) of the MSU-Marawi on Tuesday, January 28, was upon the recommendation of MSU System President Habib Macaayong and approval of the members of the Board of Regents.

Based on Memorandum Order No. 10, Series of 2014 of the Commission on Higher Education (CHED), honorary degree (honoris causa in Latin) is “an extraordinary academic degree awarded to an eminent individual (who may be an alumnus, or one who have never been connected with the awarding institution).”

The memorandum further says that the degree “shall be awarded in recognition of an individual’s meritorious contributions to the advancement of a field in a particular discipline, through exemplary accomplishments in instruction, research, and practice, and his/her personal humanitarian accomplishments and/or contribution to the institution and society, rather than as a result of academic matriculation and study.”

Ebrahim, who was also the commencement speaker, recalled in his speech that he was once an MSU student, 55 years ago. After being granted a government scholarship program, he then transferred to Notre Dame University in Cotabato City and took up Bachelor of Science in Civil Engineering.

“And yet, with another twist, before finishing my fifth year in college, I decided to pursue a calling bigger than all of us—the rise of the Moro movement,” Ebrahim recalled. “Without hesitation, I left the university and joined the movement’s military training in 1970.”

“Fast forward, that revolution has enabled us to establish a new bureaucracy that is reflective of our ideals and aspirations,” he said.

“It is your generation who will truly benefit from the success of the Republic Act 11054,” Ebrahim told the graduates.

“Hopefully, when it’s already your time to lead our people, you will continue to honor those who were there before and those who paid the ultimate sacrifice just to achieve the present bureaucracy that we have,” he added.

1,500 students earned their degrees on Tuesday, with 28 grantee of the Presidential Decree 907 or the Civil Service Commission eligibility equivalent to a professional level eligibility. (Bureau of Public Information)