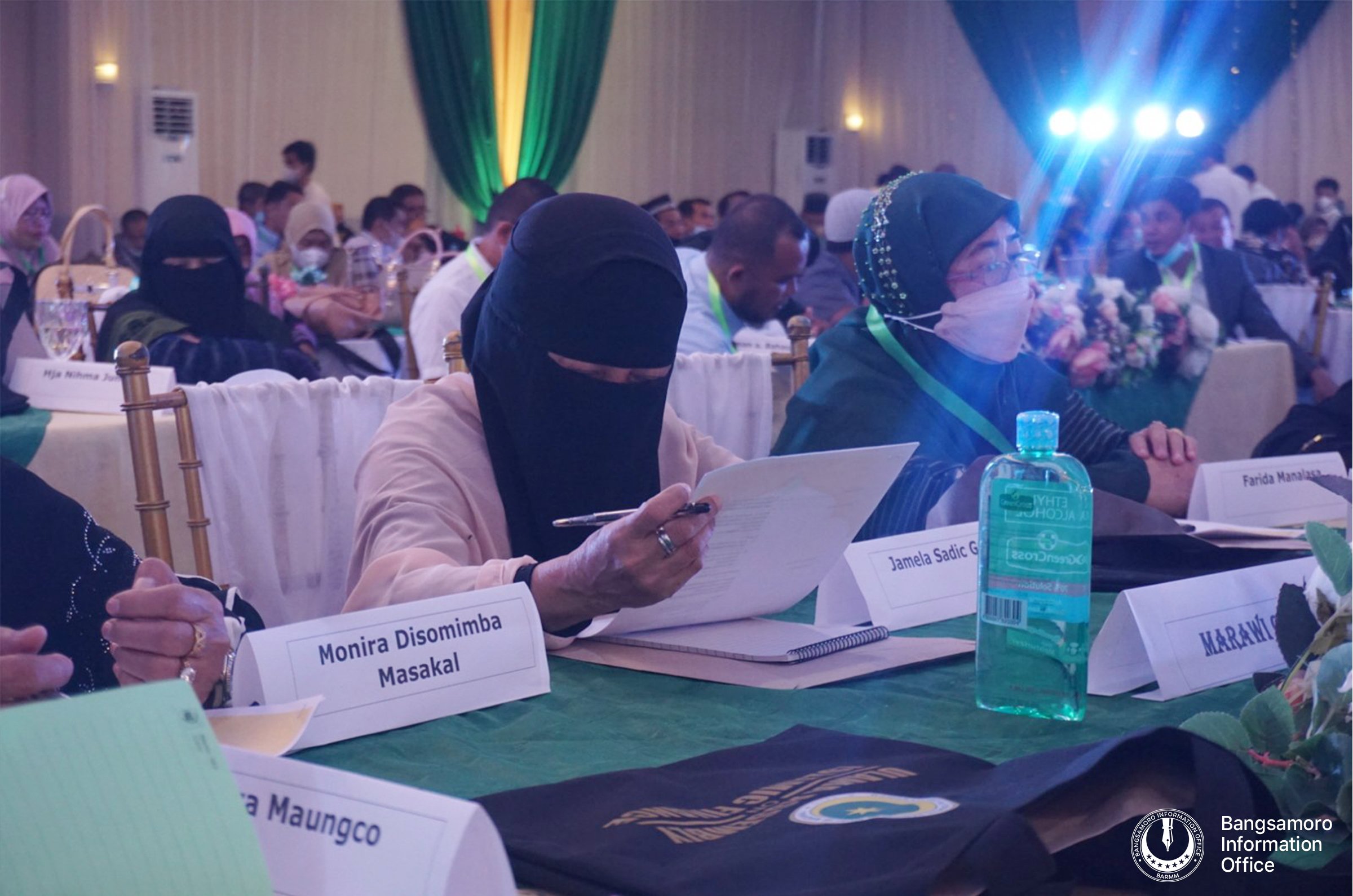 COTABATO CITY—Bangsamoro Ulama or Muslim Scholars were consulted on Wednesday, Aug. 17, on the institutionalization and implementation of Islamic finance in BARMM.

The Technical Working Group Islamic Finance in the Bangsamoro (TWG-IFB), Ministry of Finance, Budget and Management (MFBM), Office Member of Parliament (MP) Atty. Anna Tarhata Basman, and the Office of the Wali organized the said activity.

Islamic finance is a type of financing activity that must comply with Shari’ah (Islamic Law). The concept can also refer to the investments that are permissible under Shari’ah.

Last year, the TWG-IFB was created by the Office of the Chief Minister, through Memorandum Circular 0012 s. 2021, to promote and develop Islamic finance and Halal economic ecosystems as component drivers of Bangsamoro region’s socio-economic growth.

“Islamic finance uses the Shari’ah as the backbone of its system. It does not only contain the principles and foundations upon which the financial system is established but also provides guidance for setting the Islamic financial institutions’ direction,” Wali Sheikh Khalipha Nando said.

Among the prohibited acts include payment and receipt of interest (riba), speculation (maysir), uncertainty (gharar), and gambling.

He further said the Ulama, particularly the Shari’ah scholars, are in charge of guiding these institutions, noting, “they have a key role to play in maintaining the credibility and integrity of the Islamic financial institutions.”

Meanwhile, Chief Minister Ahod B. Ebrahim underscored the need for esteemed Ulamas to help the regional government achieve its noble objectives such as implementing the Islamic financial system.

“We are one in the belief that our region and our people deserve to have and benefit from a more just and equitable system of regulating our businesses and finances that follow the Islamic doctrine and law [that is] free from the shackles of the current conventional system,” Ebrahim stressed.

“Islamic finance system is unique and fit for our people,” the Chief Minister added.

The next round of consultations with experts will be held in Manila. (Majid Nur/BIO)