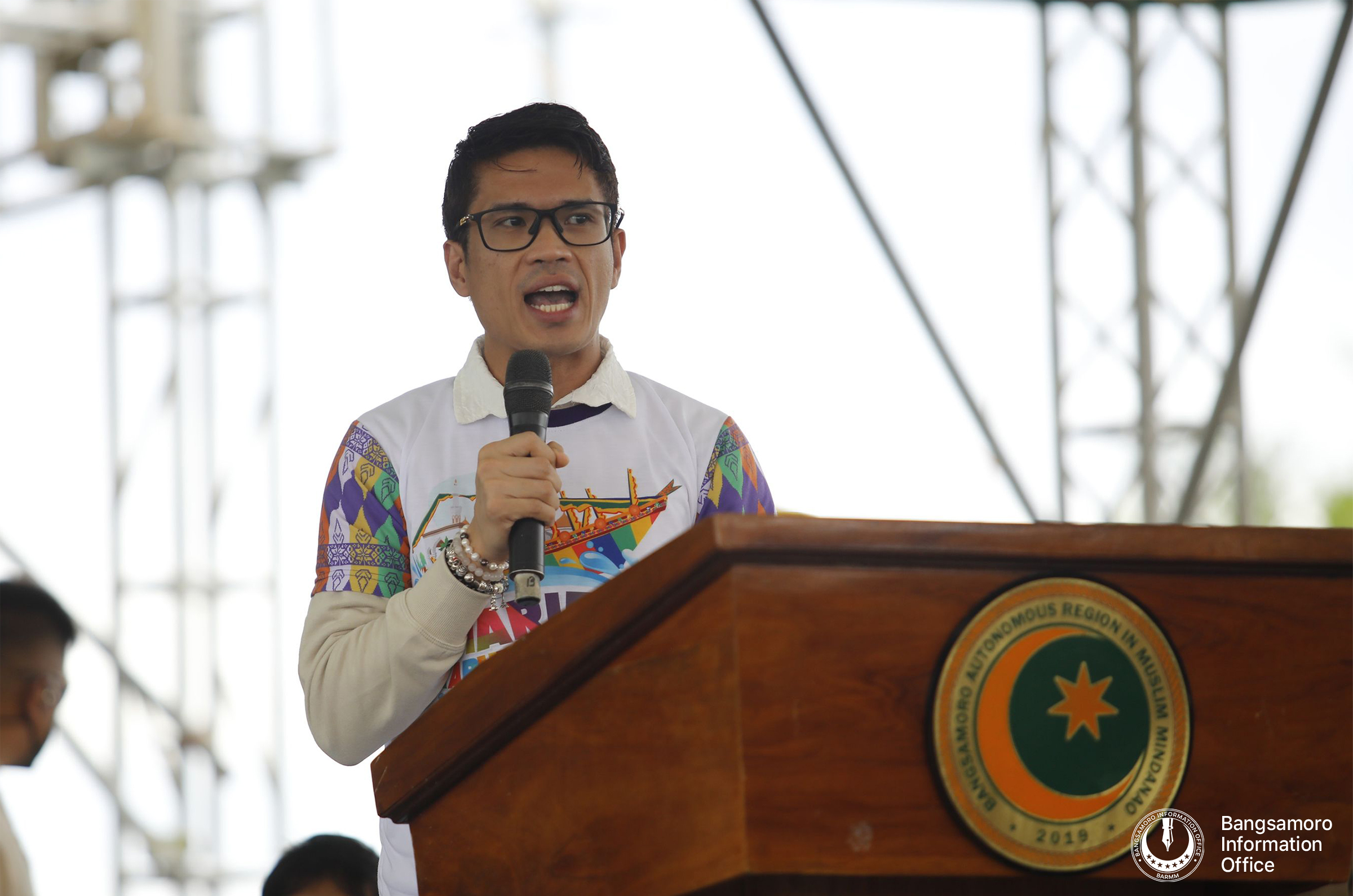 COTABATO CITY—After witnessing the successful conduct of the week-long celebration of the Shariff Kabunsuan Festival, the National government, through its different agencies, signified support for BARMM’s economic and tourism industries.

During the Guinakit Fluvial Parade held in this city on Dec. 19, Department of Trade and Industry (DTI) Director III and Assistant Director for Competitiveness Bureau Jo-Dann Darong mentioned that the Bangsamoro is poised to be on the map of the Philippines as a ‘Creative Bangsamoro’.

“In Creative Economy, there are about 9 creative industries in the Philippines. Of that Creative Industries, there are about 70 creative sectors. I have seen wonderful sectors here in Bangsamoro. I have witnessed it [with myself] when I attended the Inawl Fashion Show because one of the sectors there is textile development, fashion design, and jewelry making and I think you are poise to put on the map of the Philippines being a Creative Bangsamoro,” Darong said.

“I am here for everyone to know that there are a lot of efforts from the national government, and we want the Bangsamoro to join the conversation and efforts in promoting the creative economy of this country,” he added.

He also lauded the Bangsamoro’s synergy in conducting the activity which featured the heritage and oneness of the people.

“The reason for choosing Bangsamoro over my national commitment is that as a public servant, I am very happy to see the synergy—in full force—of the government of the Bangsamoro people […] congratulations for making it happen. You are always showing the entire Philippines that it can happen, and it started in Bangsamoro,” Darong shared.

Meanwhile, Vice President of the Philippines and Secretary of the Department of Education (DepEd) Sara Duterte extended her message to the Bangsamoro in the celebration of Shariff Kabunsuan thru her social media account.

“It is significant to note that Shariff Kabunsuan, who arrived in Mindanao’s shores aboard a colorful Guinakit watercrafts, introduced Islam to Mindanao and pioneered the organization of the first Muslim community settlement in our island,” Duterte said.

She noted that the Guinakit Fluvial Parade, as the highlight of this commemoration, is a potential local tourism driver.

“The celebration of the Guinakit Fluvial Parade is a potential local tourism driver. I hope its significance could be communicated more widely to make known the symbolic reenactment of such historical event as it marks the beginning of the Bangsamoro’s history bound by a common bond of faith,” she said.

Earlier, Department of Tourism (DOT) Secretary Maria Esperanza Cristina Garcia-Frasco pledged to develop Mindanao as a premier destination with the wealth of its natural resources as well as its potential to be a key economic driver for inclusive growth.

“We hope and are committed to raising greater awareness for Mindanao. We start in today’s celebration, commemorating the Shariff Kabunsuan heritage as the perfect opportunity to diversify our tourism offerings and focus on delivering on a promise of a complete travel experience that is richer, deeper, more authentic, more competitive, and ultimately, more inclusively-Filipino,” Frasco said. (Aisah Abas/Kasan Usop Jr.)