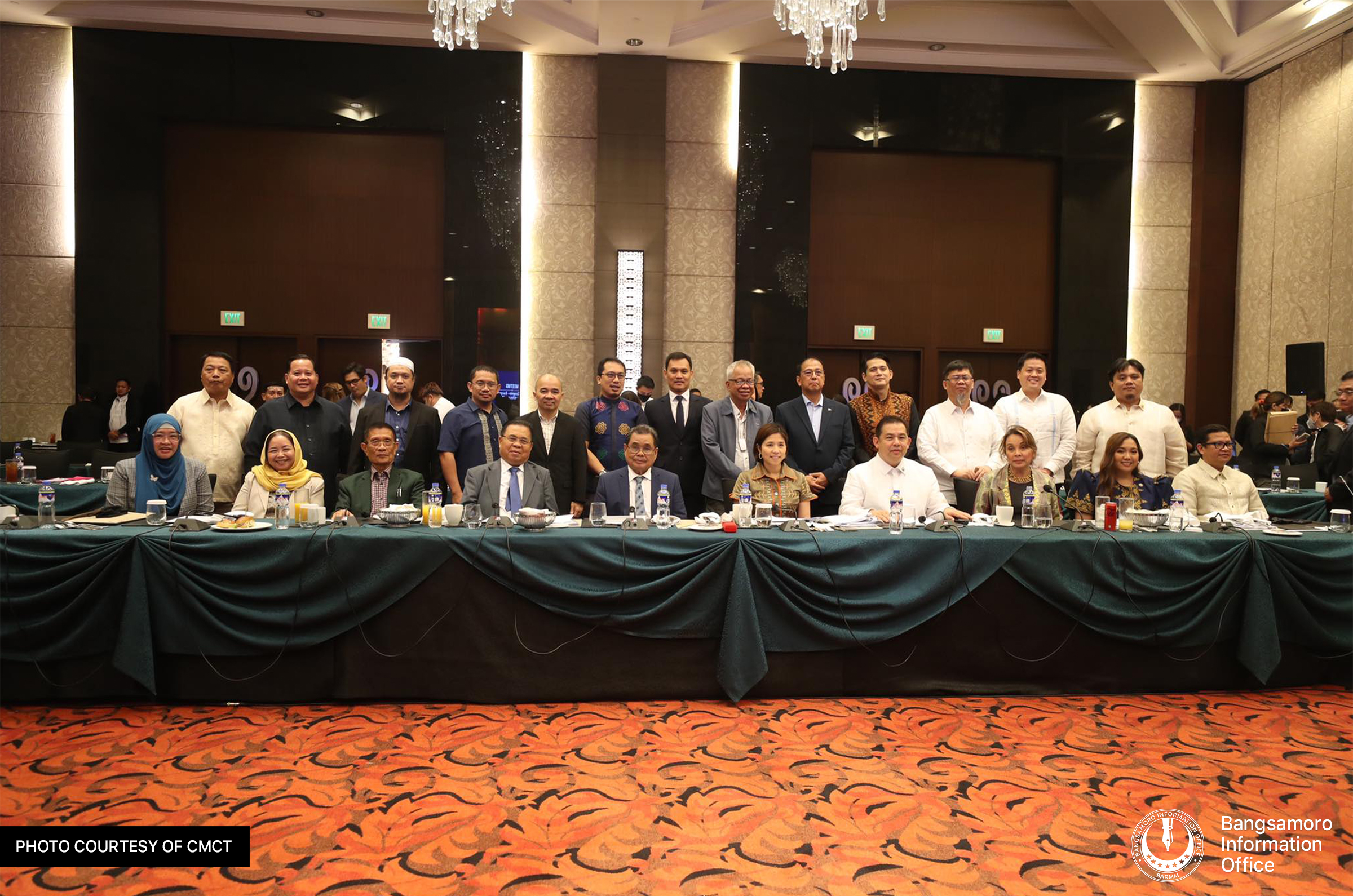 COTABATO CITY—The national and Bangsamoro lawmakers joined forces, following the conduct of the first Organization Meeting for the Philippine Congress-Bangsamoro Parliament Forum (PCBPF) held on Tuesday, Nov. 15 in Pasay City, to discuss ways of bolstering development and sustaining the gains of peace in the Bangsamoro region.

DBM Secretary Pangandaman shared that “the establishment of BARMM is a historic win for the whole country, and achieving lasting peace and sustained socio-economic development in the region is a common aspiration for the Filipino people.”

Senate President Juan Miguel Zubiri and House Speaker Ferdinand Martin Romualdez led the forum discussions which served as an avenue to update on the status of the priority codes, including the Bangsamoro Electoral Code, Bangsamoro Local Government Code, Bangsamoro Revenue Code, and the Bangsamoro Law for Indigenous Peoples (IP), among other important legislative agenda.

Bangsamoro Parliament Member Atty. Sha Elijah Dumama-Alba emphasized that the PCBPF is one of the Inter-Governmental Relation (IGR) Mechanisms to meet and discuss the legislative initiatives that will affect the Bangsamoro region that was created for purposes of cooperation and coordination between the two (2) legislative bodies, as required under Section 3, Art. 16 of Republic Act (RA) 11054 otherwise known as the Bangsamoro Organic Law (BOL).

“The meat of discussions yesterday was solely for the interest and well-being of the general public [especially in the Bangsamoro region],” MP Alba, who is also the Bangsamoro Transition Authority’s (BTA) Floor Leader, said.

Alba further stressed that the PCBPF agrees to create several TWGs to study the matters raised, facilitate discussions and come up with recommendations to the Forum. The PCBPF is scheduled to meet every two (2) months.

Meanwhile, Senator Zubiri, who is a fervent advocate of peace in Mindanao and the principal author of the BOL, thanked in a Facebook post the House of Representatives and the BARMM Government for participating in the forum.