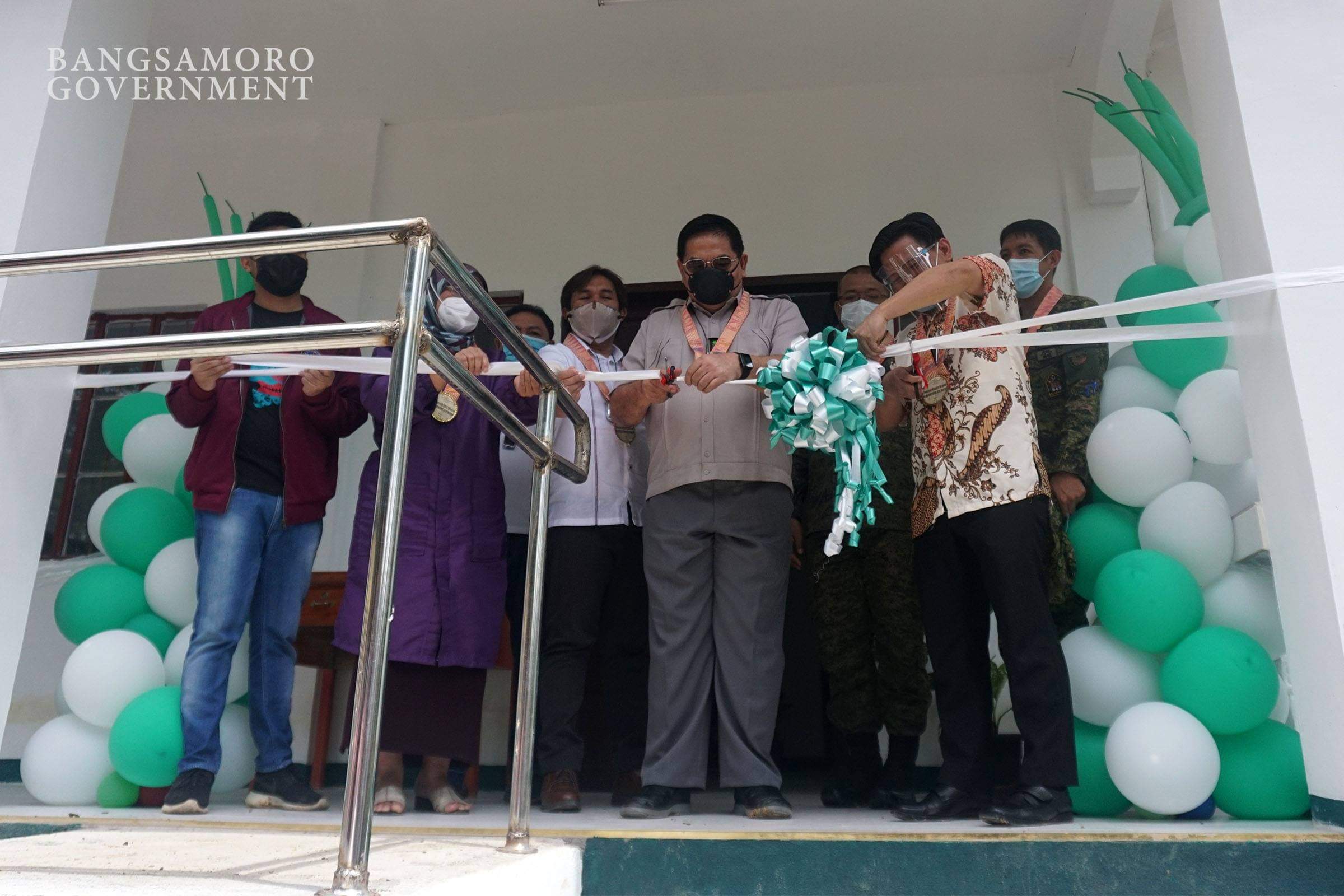 This is a continuation of RHU project under the 2016 Humanitarian and Development Program (HDAP) of defunct ARMM, and is in partnership with Ministry of Health (MOH) and the 6th Infantry “Kampilan” Division (6ID), through Bayanihan with the 549th Engineering Battalion.

The last target of HDAP project is to build the Rural Health Unit in Municipality of Datu Salibo.

“We need to uplift the living condition of the Bangsamoro People in these municipalities through ensuring access to quality health care services, education, and social welfare duly supported by infrastructure facilities is our priority,” he said.

Talayan Municipal Administrator Datu Nur Ali Midtimbang, Talayan Mayor Datu Ali Midtimbang, gave thanks to Bangsamoro Government for enhancing and completing the RHU, which he said is “a big help for their municipalities.”