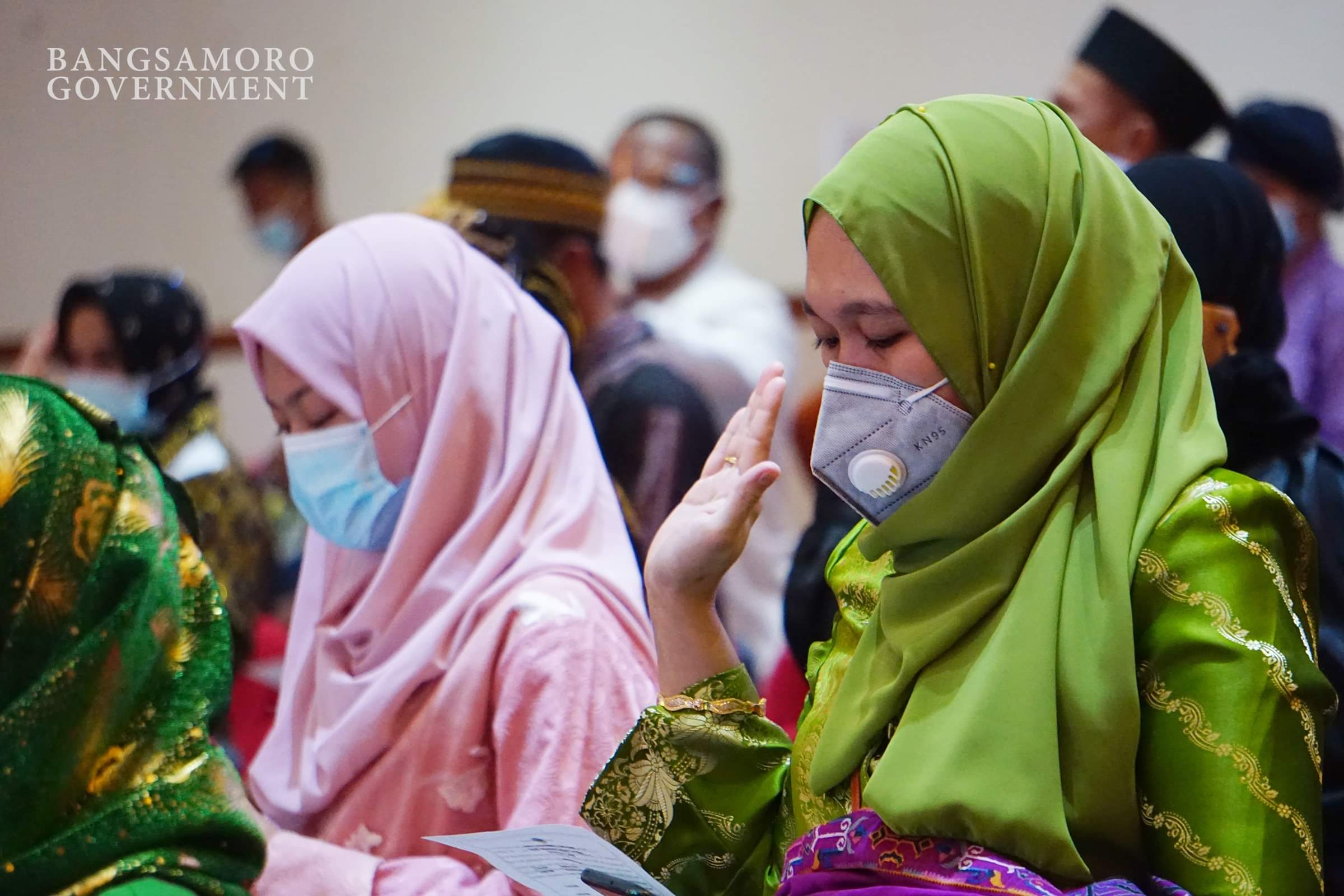 COTABATO CITY – Minister Mohammad Yacob of the Ministry of Agriculture, Fisheries, and Agrarian Reform (MAFAR) administered the oath-taking of his ministry’s newly-appointed officials and employees in a ceremony held Wednesday, Dec. 9, at Shariff Kabunsuan Cultural Complex, Bangsamoro Government Center, in the city.

Of the newly-appointed personnel, 45 are designated in MAFAR’s regional office, while 10 are for Maguindanao provincial office, another 10 in Sulu, 8 in Lanao del Sur, 8 in Basilan, and 7 in Tawi-Tawi.

“We have to purify our intentions when we execute the mandate of the ministry. We need to implant the seed of hope [to our marginalized sector] in the phase of the transition otherwise it will not bloom,” Yacob said.

“I would like to make you feel that you did not just sign up for an opportunity but also a responsibility to commit yourselves to change the mentality of the region’s 61% population – these are our farmers, fisherfolks and agrarian reform beneficiaries who perceive their occupation as substandard,” he added.

Meanwhile, Bangsamoro Mufti Abu Huraira Udasan facilitated the new officials’ pledge for ‘moral governance’ and explained its importance in the bureaucracy of BARMM.

By definition, moral governance is a set of rules, practices, and processes completely devoid of all evils of graft and corruption, and is driven by moral principle of utmost dedication, devotion, honesty, justice and integrity.

“Our leaders are capable of running moral governance with the guidance of the glorious Qur’an and the Sunnah (Islamic Teachings) of the Prophet Muhammad (SAW). They were able to surmount all of the challenges up to this moment by adhering to the moral governance,” Udasan said.

“For our government to be successful, we need to make a clearing operation in our domestic problem by weaving out all of the graft, corruption, and injustices in our system,” Udasan stressed.