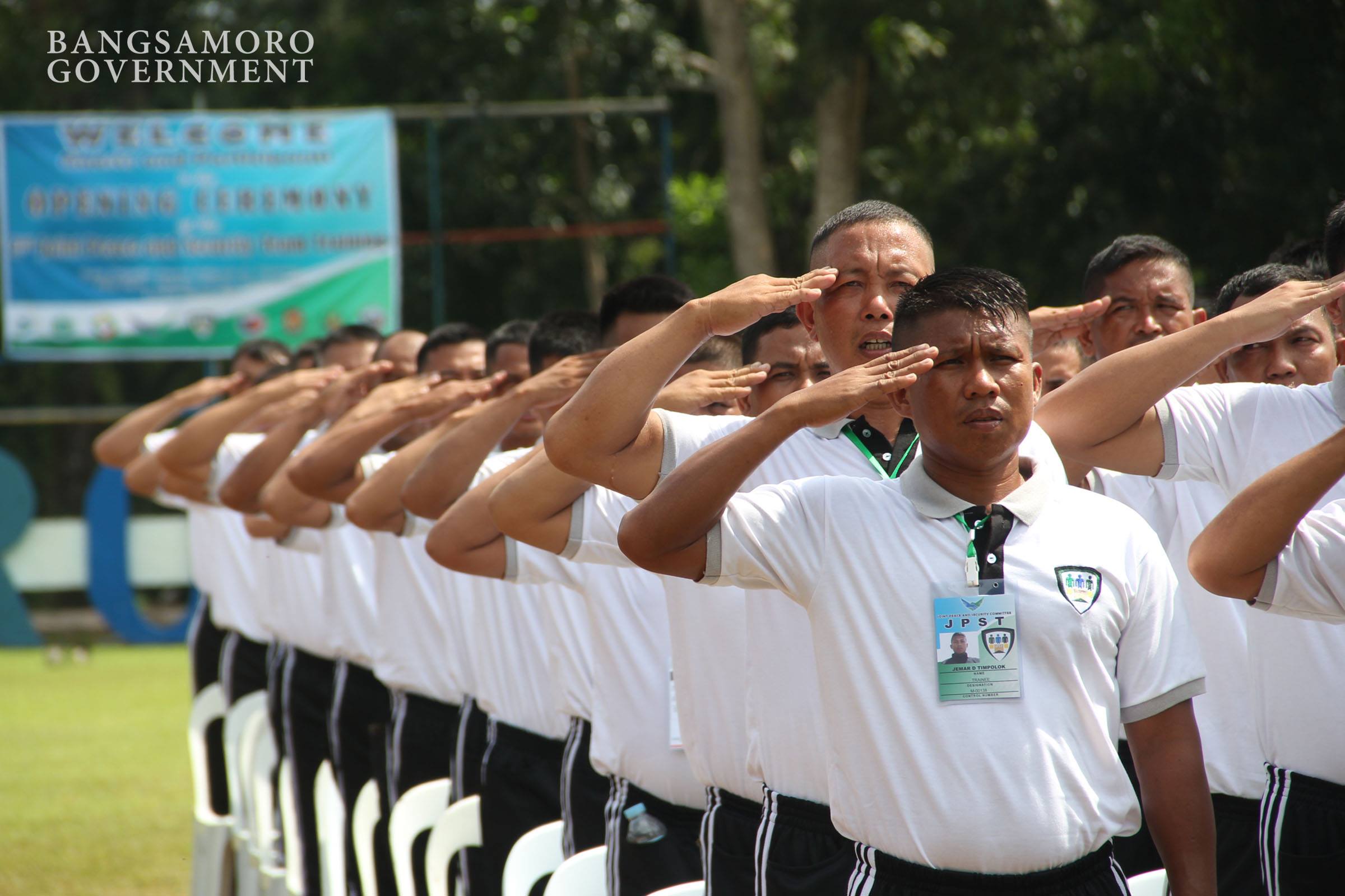 File Photo: Members of the Moro Islamic Liberation Front – Bangsamoro Islamic Armed Forces (MILF-BIAF), along with the members of the Philippine National Police (PNP) and the Armed Forces of the Philippines (AFP), participated in the 2nd Joint Peace and Security Teams (JPST) training that formally started in October 2019 at Camp Gen. Salipada K. Pendatun in Parang, Maguindanao.

COTABATO CITY – Mujahideen and mujahidat who don’t possess civil service eligibility will be given opportunity to serve in the Bangsamoro Government following the enactment of the Bangsamoro Civil Service Code (BCSC) on Wednesday, Feb. 24.

“One of the novel provisions of the BCSC is to give recognition and importance to the roles the mujahideen and mujahidat played on the struggle towards the creation of the Bangsamoro,” said proponent of the bill MP Atty. Anna Tarthata Basman.

Mujahideen (male) and mujahidat (female) are those who had fought for the long-desired autonomy of the Bangsamoro.

“We want them, despite their absence of certain eligibilities, na maging part ng Bangsamoro Government kaya mayroong special provision to enable them to do that for a period of time,” Basman noted.

Under the transitory provisions, Article 306 of the code, the former combatants may be hired as temporary appointees for first level positions, with salary grades 9 and below, regardless of the presence of applicants who are civil service eligible. Provided that not more than thirty percent (30%) of the total number of entry level plantilla positions of the Bangsamoro Government shall be allocated to them.

“The appointments under this provision shall be valid for twelve (12) months, renewable for three times (summing up to four years ). However, if the appointee has possessed the required eligibility within that period, he/she shall be qualified for permanent appointment to said position subject to performance appraisal and without prejudice to the discretion of the appointing authority,” the article further states.

Should the appointees fail to possess needed eligibility during the 4-year period, Basman said their contract will no longer be renewed. This is because the BCSC is still in accordance with the civil service rules of the national government, she said.

Nonetheless, Deputy Majority Floor Leader and proponent of the bill MP Atty. Raissa Jajurie said “there is also an effort to integrate them permanently in the civil service by way of trainings that will be offered by the Development Academy of the Bangsamoro (DAB).”

It is provided in the code that the DAB will develop specialized training programs for the mujahideen/mujahidat’s training and professional development, to ensure their smooth integration in the civil service.

Basman said that without the special provision in the BCSC, there will be no other way for the combatants to enter the government service.

“Normally walang (job) opening na ganito, but it was provided because of that recognition that in the course of the struggle, marami sa ating mga mujahideen at mujahidat ang hindi naka-avail ng opportunities for them to get into the government regularly,” Basman added.