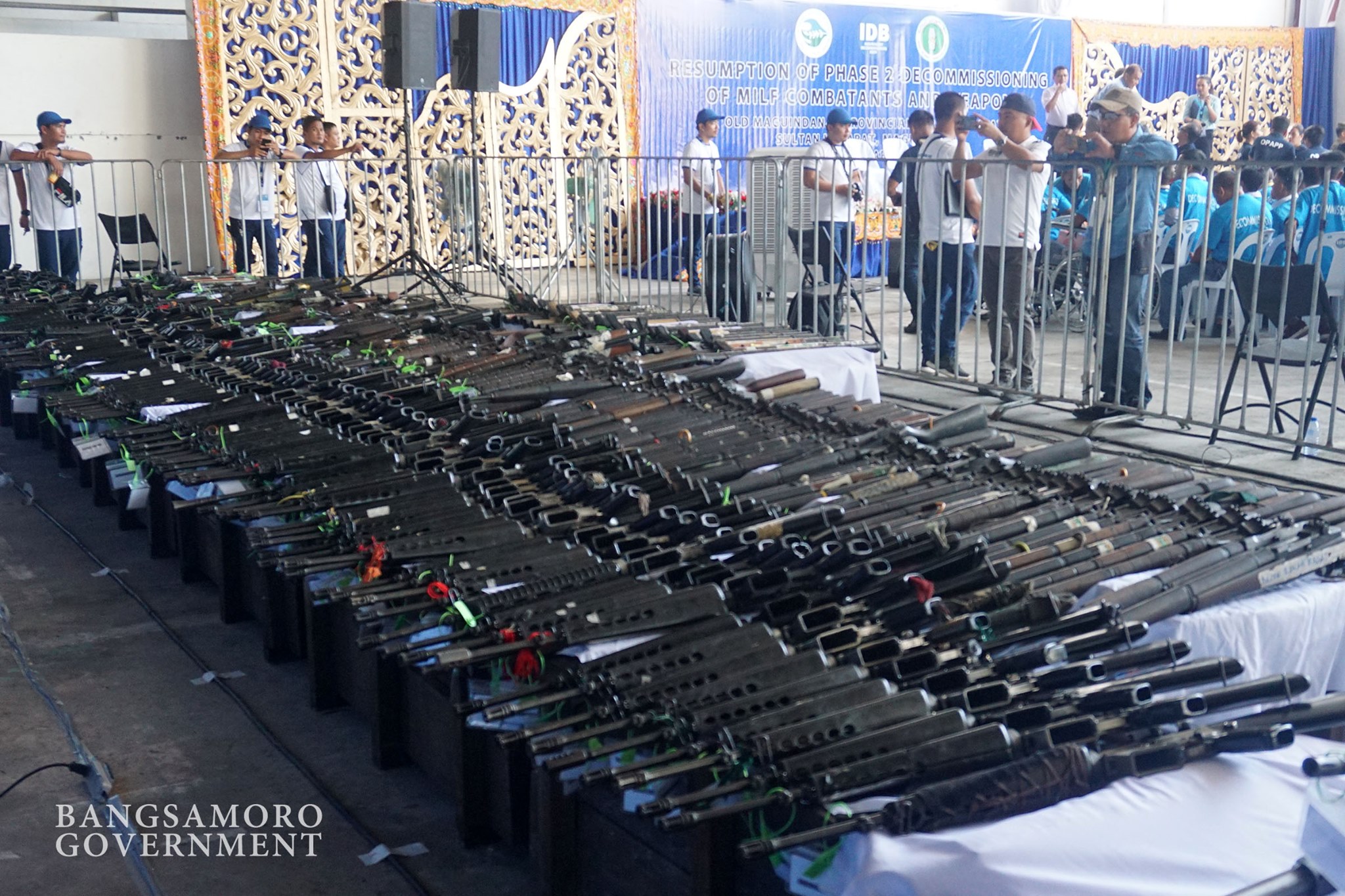 A total of 106 MILF-BIAF combatants from Lanao del Sur underwent the decommissioning process led by the Independent Decommissioning Body (IDB).

Each of the former combatants received P100,000 cash and a socio-economic assistance package. Their families will also get an estimated worth of P500,000 up to P1-million of healthcare assistance, scholarships for their children, housing, and livelihood projects from the government.

Aminudin Casubidan Makawadib, 47, a resident of Lumbatan in Lanao del Sur province, was one of the decommisioned combatants on Tuesday.

He said the money he received will be a big help for him and his family.

BARMM Executive Secretary Abdulraof Macacua thanked the Bangsamoro Government’s partners from the national government for being consistent in ensuring that the peace process is right on track.

Macacua also expressed his gratitude to the combatants: “As always, we are grateful to our brethren in the Bangsamoro Islamic Armed Forces who are in solidarity with us all throughout the peace process.”

“Truly, our combatants are the ones who are experiencing the biggest change during this transition process and we are forever committed to make sure that the direction of this transition phase is inspired by their sacrifices along with maximizing all our resources in making sure that they can find a life outside the field and eventually become a new faces of progress in Mindanao,” he added.

Usec. David Diciano, chair of the Government of the Philippines Peace Implimenting Pannel and head of Joint Normalization Division, said that after the decommissioning, the national office of the Department of Social Welfare and Development (DSWD) will hire social workers to evaluate the status of the combatants in their respective communities.

“The Bangsamoro Planning and Development Authority (BPDA-BARMM) will work together with the Joint Task-Force Camp Transformation to develop the six majors camps,” Diciano also said.

Tuesday’s decommissioning was part of the 30 percent of the 40,000 MILF-BIAF members to be decommissioned until March 2020. (Bureau of Public Information)