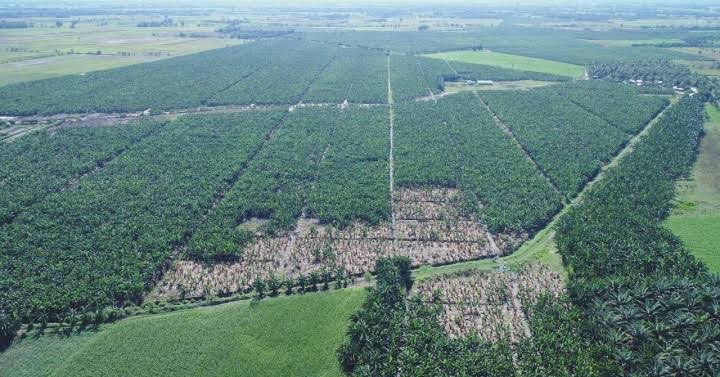 A banana plantation in Datu Abdullah Sangki in Maguindanao. (Photo from DASLGU)

COTABATO CITY—Regional Board of Investments (RBOI) registered an investment worth Php950 million from Al Muzafar Agriventure Inc., also known as Amavi Sweet Banana, in a combined 1,000-hectare Cavendish banana plantation in the Municipality of Datu Abdullah Sangki and other nearby municipalities in the Province of Maguindanao.

The investment was registered last April 15, 2021 (Thursday) aimed to help revive banana industry in the province.

The investment is expected to generate an annual production of 2,000,000 to 3,300,000 boxes of Cavendish bananas for export to Japan, China, and Middle East countries, which could eventually generate local employment of about 1,190 jobs.

Amavi Sweet Banana is a wholly-Filipino owned corporation with majority of its investors from the Bangsamoro. Despite the higher risks for investments due to the Coronavirus Disease (Covid-19) pandemic woes of the country and the region, as local BARMM investors, they still proceeded with the project.

RBOI-BARMM chairman Atty. Ishak Mastura said, “the approval of the registration of AMAVI’s investment project would help revive the banana industry, which has been on a declining trend due to several factors such as hit by the Fusarium wilt or Panama disease that made them unsuitable for banana planting.”

BARMM is considered a prospective area for investments in planting of Cavendish bananas for export—a fast-growing and high-value crop—due to its export market and earning dollars for the country.

Moreover, it generates more local employment per hectare than any other industrial crop. The industry does not require much processing nor a big land area for operation compared to other plantation crops.

Last March 12, 2021, Philippine Statistics Authority (PSA) reported that fresh bananas production have recorded the worst dip among the top 10 major commodity groups in terms of the value of exports at -46.9 percent as of January 2021, which lost an exports value from USD159.454 million to USD84.659 million in 2020.

Department of Agriculture (DA) in its separate report claimed that the decline in banana productions were mainly attributed to the spread of Panama disease.

The report also anticipated that the areas infected with Panama disease may have already doubled to 30,000 hectares from the 15,000 hectares identified by the DA in their 2015 report.  (Bangsamoro Information Office)