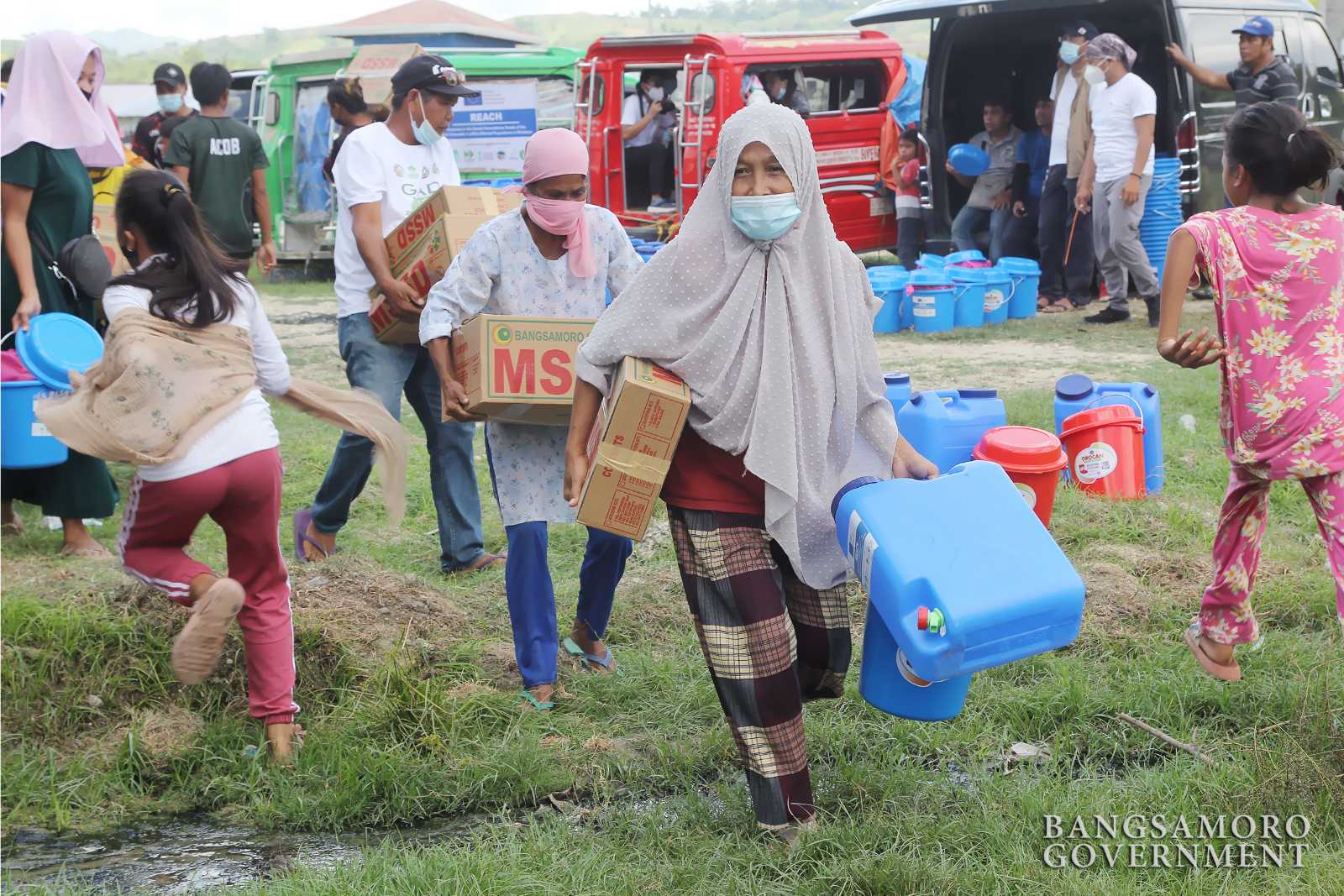 [FILE PHOTO] At least 2,781 families displaced by the armed conflict in Datu Saudi Ampatuan, Maguindanao received on March 20, 2021, relief goods from the Ministry of Social Services and Development (MSSD) and non-governmental organizations. The families were affected by firefights between the government military forces and the Bangsamoro Islamic Freedom Fighters (BIFF) that happened on March 18.

COTABATO CITY – A proposed bill seeking to protect the rights of internally displaced persons (IDPs) in the region has reached its second stage in the Bangsamoro Transition Authority (BTA) Parliament on Wednesday, March 24.

Minority Floor Leader Atty. Laisa Alamia, who introduced BTA Bill No. 23 or known as the “Rights of Internally Displaced Persons in the Bangsamoro Autonomous Region Act”, said it is the state’s duty and responsibility to provide protection and humanitarian assistance to IDPs within its jurisdiction.

The bill shall provide for the protection of the rights of internally displaced Bangsamoro people in situations of armed conflict, generalized and/or organized violence, clan wars, violation of human rights, implementation of development projects, and natural, human-induced, and hand-made hazards, during and after displacement, as well as their return, local integration, or resettlement elsewhere.

During and after displacement, the following rights shall be afforded to the IDPs: provision and access to basic needs; protection against criminal offenses and other unlawful acts; freedom of movement; recognition, issuance and replacement of documents; family unity and missing persons; and health and education.

“My fellow members of the Parliament, part of the moral governance we seek to espouse in the regional governance is our moral responsibility to those who are underprivileged and disadvantaged,” Alamia said during her sponsorship speech Wednesday.

“Pioneering a regional policy on internal displacement here in our very own BTA is a strong testament to our commitment in addressing the oft-ignored challenges that confront our people, as we work on establishing and sustaining just and lasting peace in the region,” she emphasized.

Under the bill, a Bangsamoro Internal Displacement Coordination and Monitoring Office (BIDCMO) shall be created under the Ministry of Social Services and Development (MSSD) as the BARMM’s institutional focal point for IDPs.

Furthermore, to ensure interagency and intergovernmental coordination and cooperation in addressing internal displacement in the region, a Bangsamoro Internal Displacement Coordinating Council (BIDCC) shall also be created.

The BIDCC shall be chaired by the MSSD and co-chaired by the two (2) Deputy Chief Ministers. Its members shall include the Ministries of Human Settlement and Development (MHSD), Interior and Local Government (MILG), Health (MOH), Basic, Higher and Technical Education (MBHTE), Public Order and Safety (MPOS), Bangsamoro Women Commission, Police Regional Office in BARMM, Provincial Governments of the region’s five provinces – including Lamitan and Marawi City, City Government of Cotabato, one (1) representative from the 63 barangays of North Cotabato, four (4) representatives from the civil society organizations, and one (1) representative from the private sector.