TABANG: Bringing the Bangsamoro Government to the People 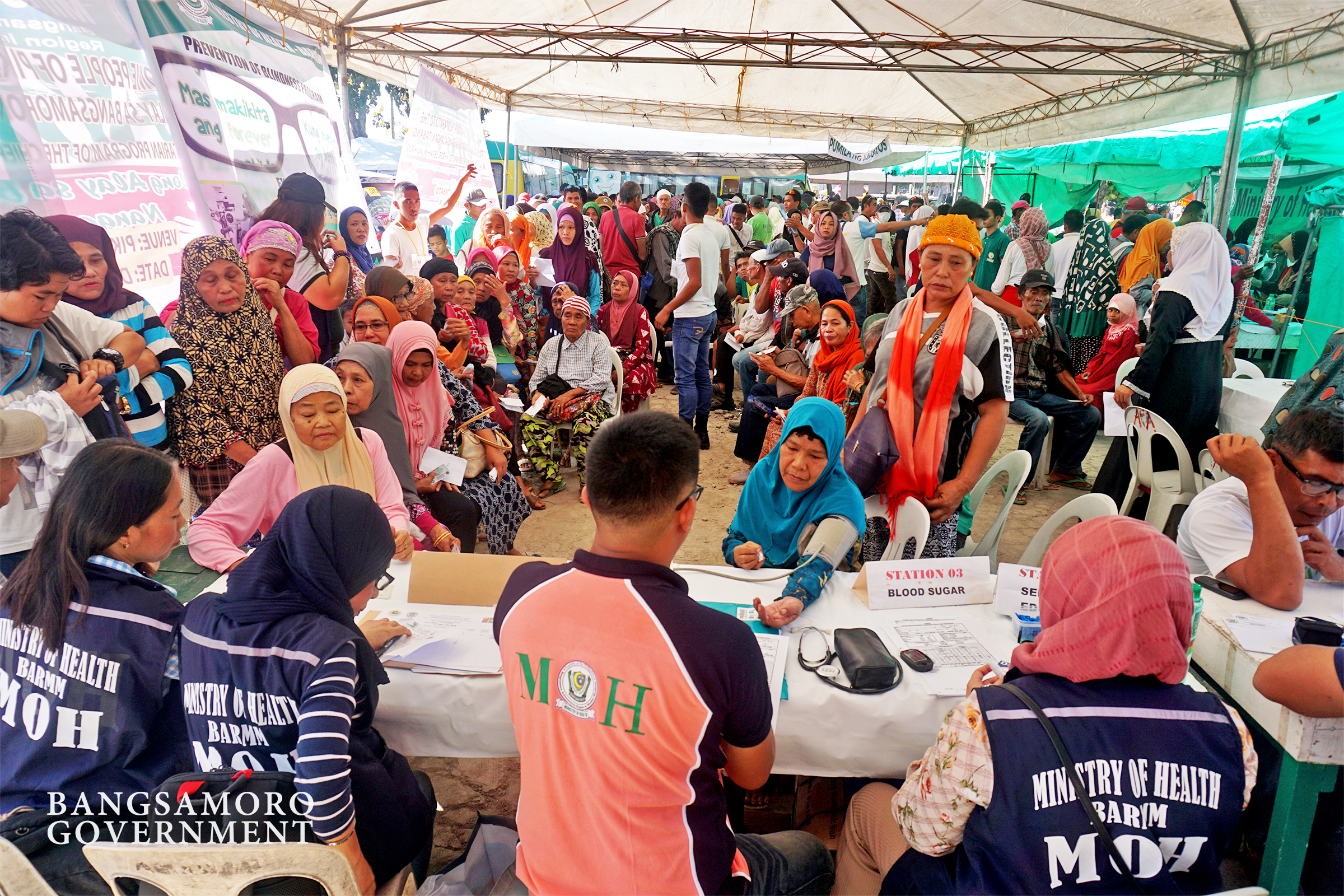 Cotabato City (March 31, 2020)—When the Bangsamoro Organic Law was ratified, anticipation poured in with the new bureaucracy in place. How will the Bangsamoro Autonomous Region in Muslim Mindanao address some of the most pressing issues in the region? What difference does it have compared to the defunct ARMM? Will it truly address the shared desires of the Bangsamoro?

But where do we begin?

How do we manifest this so-called “political struggle?”

Fortunately, the Government of the Day has provided us with a simple yet sensible solution–introduce the government to the communities.

While it is true that some communities are fully aware of the government’s existence, the idea of introducing a brand-new bureaucracy to them brings a “personal” touch; after all, this was a mass-led campaign and people’s struggle. Hence, the birth of Project TABANG came into fruition.

Project TABANG or Tulong Alay sa Bangsamorong Nangangailangan was launched on September 2, 2019 in hopes of bringing the Bangsamoro Government to the grassroots.

Not just the regular outreach program but literally downloading all government services to the people. This initiative which originated from the Office of the Chief Minister was crafted to make sure that the people are oriented with what the government offers and to an extent, save them time and money in traveling to the Bangsamoro Government Center in Cotabato City just to avail some of the bureaucracy’s services.

Interim Chief Minister Ahod “Al Haj Murad” Ebrahim describes this as the Bangsamoro Government’s pledge to the people, especially those in the grassroots.

“Our objective is to reach out to the Bangsamoro people and give them the basic services their government can provide, because we believe that governance and public service is not about us, the officials, rather, it is always about the people,” Chief Minister Ebrahim said.

Some services provided by the regional ministries and offices range from scholarship programs, to job opportunities, to distribution of agricultural products, to free medical services, to free legal assistance and services, and relief support.

So, upon looking at the entire frame of it, it truly is an introduction of the people to the Bangsamoro Government and what it has to offer, at least, to address some of the most pressing needs of the region, a healing region to be exact.

Ever since its kick-off in Cotabato City and Maguindanao, Project TABANG has also been conducted in various areas—from Marawi City in Lanao del Sur, to Bongao in Tawi-Tawi, to the residents of Pikit in North Cotabato, and more recently in Jolo, Sulu.

BARMM Spokesperson and Interior and Local Government Minister Atty. Naguib Sinarimbo re-echoed the Chief Minister’s message that the program’s main goal is “to bring the government to the people and assure that the services needed are all present once the conduct of TABANG takes place.”

On a more recent note, Project TABANG has also reached as far as the victims of the Taal Volcano eruption, especially the Bangsamoro communities, based in the area. A proof that TABANG is truly flexible for all the needs that would arise for the constituents.

Chief Minister Ebrahim also emphasized that this will now be a monthly program, signalling the frequency of government services in the ground—perhaps, a proof that the region is truly ready for its own bureaucracy, for lasting peace and most importantly, for its quest towards self-determination. (Bureau of Public Information)