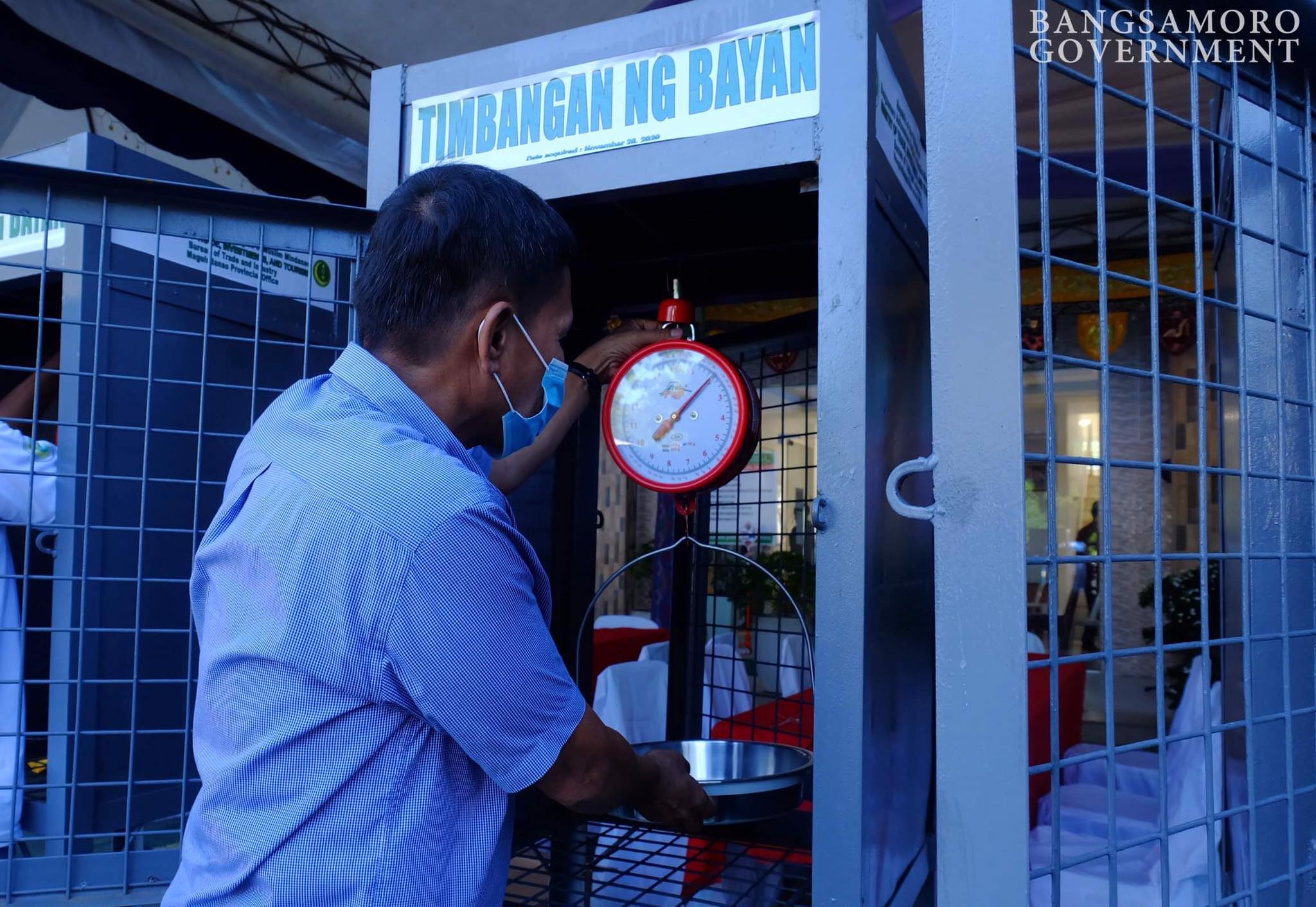 Ministry of Trade, Investment and Tourism (MTIT) Minister Abuamri A. Taddik, who led the turnover ceremony, said, “this project does not only  assure the public of reliable, ethical and competent trading, but also contributes to the advocacy of the Chief Minister on Moral Governance as it promote honest and fair practices.”

“This pilot distribution of Timbangan ng Bayan showed our continuous effort and the pursuit of our mandate to protect consumers from fraudulence,” he added.

In his message, BARMM Chief Minister Ahod Balawag Ebrahim emphasized the program highlights the shared interest in boosting the relationship between the consumers and business owners, while ensuring that the rights of both parties are protected.

“Consumer’s right is an integral part of uplifting the economy in many parts of the world. The protection we provide to them brings incredible trust, following transaction between them and the private sector […] this initiative is the least we can do to make that happen”, Chief Minister added.

Northern Kabuntalan mayor Datu Umbra B. Dilangalen personally received the unit. The rest were received mostly by vice mayors and/or local key officials of the municipality.

Meanwhile, the recipients expressed their gratitude for the support they received from the ministry and assured proper use of the Timbangan ng Bayan at their respective public markets.  “

“The project symbolizes fair, balance and honest governance with the hope that it would be the start of the more future engagements with the BARMM”, Mother Kabuntalan vice mayor Datu Rahaf Diocolano said.

The Timbangan ng Bayan project is in accordance with the Consumer Act of the Philippines under Republic Act 7394 which declares as a State Policy to protect the interest of the consumer, promote his general welfare, establish standards of conduct for business and industry.

MTIT Deputy Minister Atty. Sukarno Abas stressed that while we were in the midst of health crisis, ensuring social responsibility and compliance to business ethical standards with the Timbangan ng Bayan should always be observed. (Bureau of Public Information)