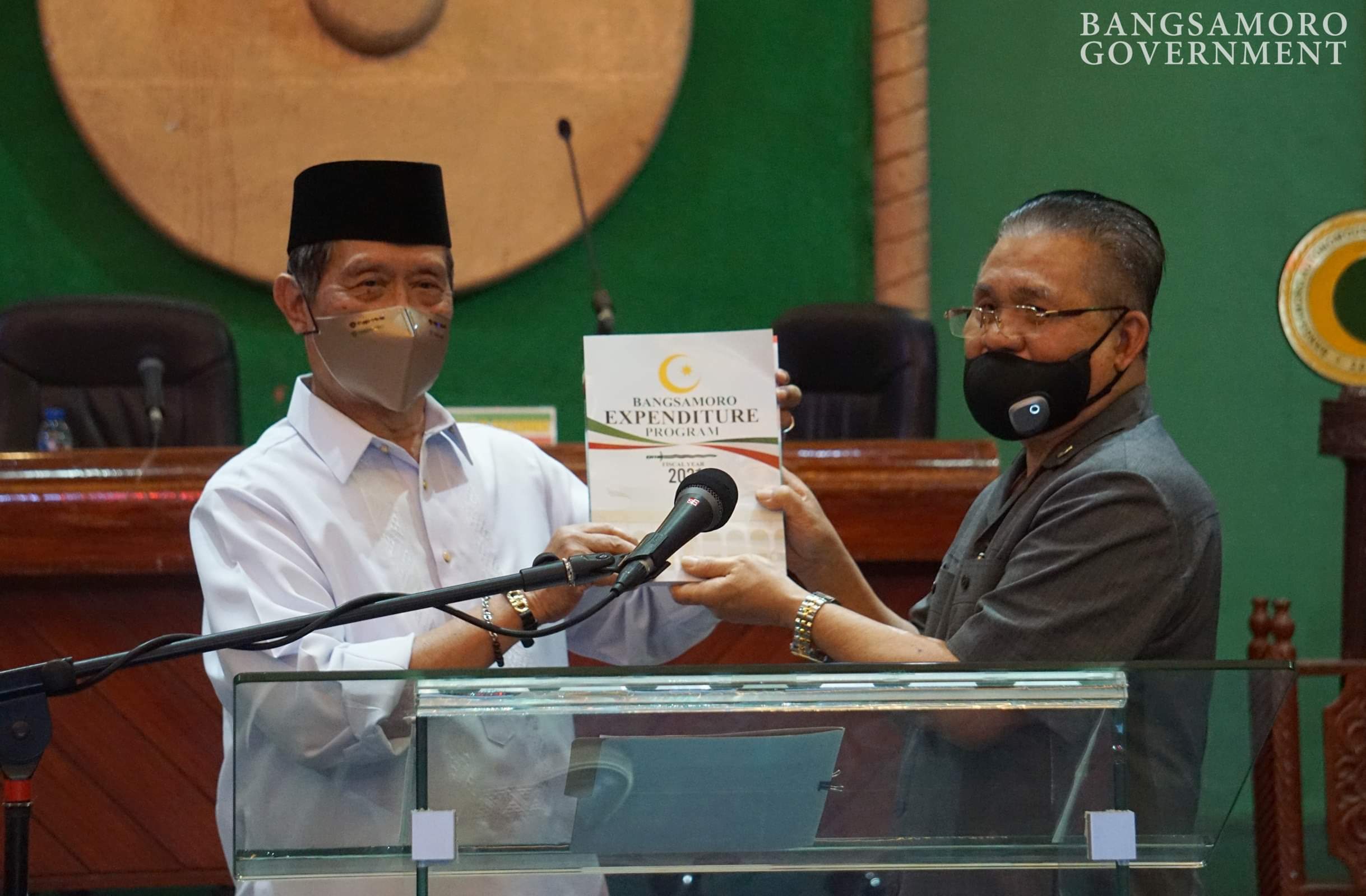 Cabinet Bill No. 73 is entitled “An Act Appropriating funds for the Operation of the Bangsamoro Government from January One to December Thirty-One, Two Thousand and Twenty-One, and for Other Purposes.”

CM Ebrahim said despite the massive challenges brought by the Coronavirus Disease-19, the Bangsamoro Government’s mandate to its people remains the same. “We remain true to the cause of our people and to the oath that we took when began this journey together,” he said.

“None of which, of course, can be possible without approving a financial program that can respond to the unprecedented needs of these trying times enabling our community to bounce back better,” Ebrahim added.

“What makes this financial program distinct from last year are the inclusion of efforts towards the public health crisis and other significant initiatives that were not part of last year’s fiscal design,” he said.

According to Ebrahim, the Bangsamoro Government’s focus remains at the heart of the Bangsamoro Organic Law’s priority programs in health, education, and social services. “We intend to broaden the scope of its existing programs and expand it down to the grassroots,” he said.

Better Healthcare for the Bangsamoro

The Ministry of Health (MOH) will get Php5.1-billion share in the budget proposal. The regional government targets to build additional 173 Barangay Health Stations (BHS) and 27 Rural Health Units (RHU) to make sure that every Bangsamoro community gets access to promotive health care service. An additional PhP500.00 allowance for the Barangay Health Workers will be distributed along with extra PhP3,000.00 for the supplies of their respective BHS while an amount of PhP30,000.00 will be given to the RHUs for the same purpose.

BARMM gov’t will also provide additional ambulance and Php10-million each to MOH-supervised hospitals all over the region for necessary physical repairs/or expansion. It also intends to provide more Human Resource for Health personnel in all seven Covid-19 isolation centers across the region. This to help the local government in containing the spread of the virus.

Meanwhile, the Office of the Chief Minister (OCM) will be allotting Php193.4-million for its Ayudang Medikal Mula sa Bangsamoro Government (AMBAG) program which subsidizes medical expenses of indigent Bangsamoro patients admitted and/or in transaction with partner hospitals. To date, there are 11 partner hospitals all over BARMM and nearby provinces, with more partners coming in next year.

The Ministry of Social Services and Development (MSSD) will get a Php3.3-billion share, with a large chunk of its portion to be allotted to its Emergency Assistance Program for grassroots interventions.

Furthermore, the OCM’s Project TABANG (Tulong Alay sa Bangsamorong Nangangailangan) will continue its humanitarian efforts with PhP1.4 Billion planned for various community support from monetary, in-kind or even equipment; this goes side-by-side with its plan to provide mobile clinics and floating ambulances for coastal towns.

Highest portion of the fiscal program will be allocated to the Ministry of Basic, Higher, and Technical Education (MBHTE) with a proposal of Php23.4-billion.

For 2021, the BARMM anticipates the absorption of the schools and/or divisions located in the 63 Barangays of North Cotabato and Cotabato City in the Basic Education sector. For the Higher Education sector, the proposal aims to put up four (4) additional buildings to target colleges in the region.

Teachers will also be provided with PhP10,000.00 each for their professional trainings and/or seminars and a special PhP5,000.00 extra allowance, higher than the national “chalk” allowance.

MBHTE is also geared to welcome around 2,000 scholars from families affected by the armed struggle through the Access to Higher and Modern Education (AHME) Scholarship Program.

Furthermore, the MOH is eyeing 25 Medicine scholars and 50 allied health related courses, with PhP14 Million allotment. In addition, the Ministry of Science and Technology has allotted PhP26 Million for science, engineering and mathematics tertiary programs.

Uplifting the lives of the Bangsamoro

Aside from the abovementioned three key areas, the Bangsamoro Government also designed other initiatives aimed to uplift the living conditions of the BARMM constituents.

Similar efforts are also laid in the region’s contribution to reconstruction of Marawi City with PhP517 Million at the docket for next year.

“Right now, esteemed colleagues, we have to exhaust whatever we have to reset this region and proceed with the rest of the transition period. I am hopeful that you remain one in this call and help us in crafting a regional government that adheres to our shared values as Muslims and as Bangsamoro,” Ebrahim told the members of the parliament.

“Now more than ever, we need to put up moral governance to work in all levels of government,” he said.

“With this proposal, ladies and gentlemen, we can make that happen. We can enter 2021 with our eyes on the prize, locked and loaded. And when we do, we are already equipped with our previous experiences and contingent plans; a thing or two that we learned from the last 365 days,” the chief minister said. (Bureau of Public Information)