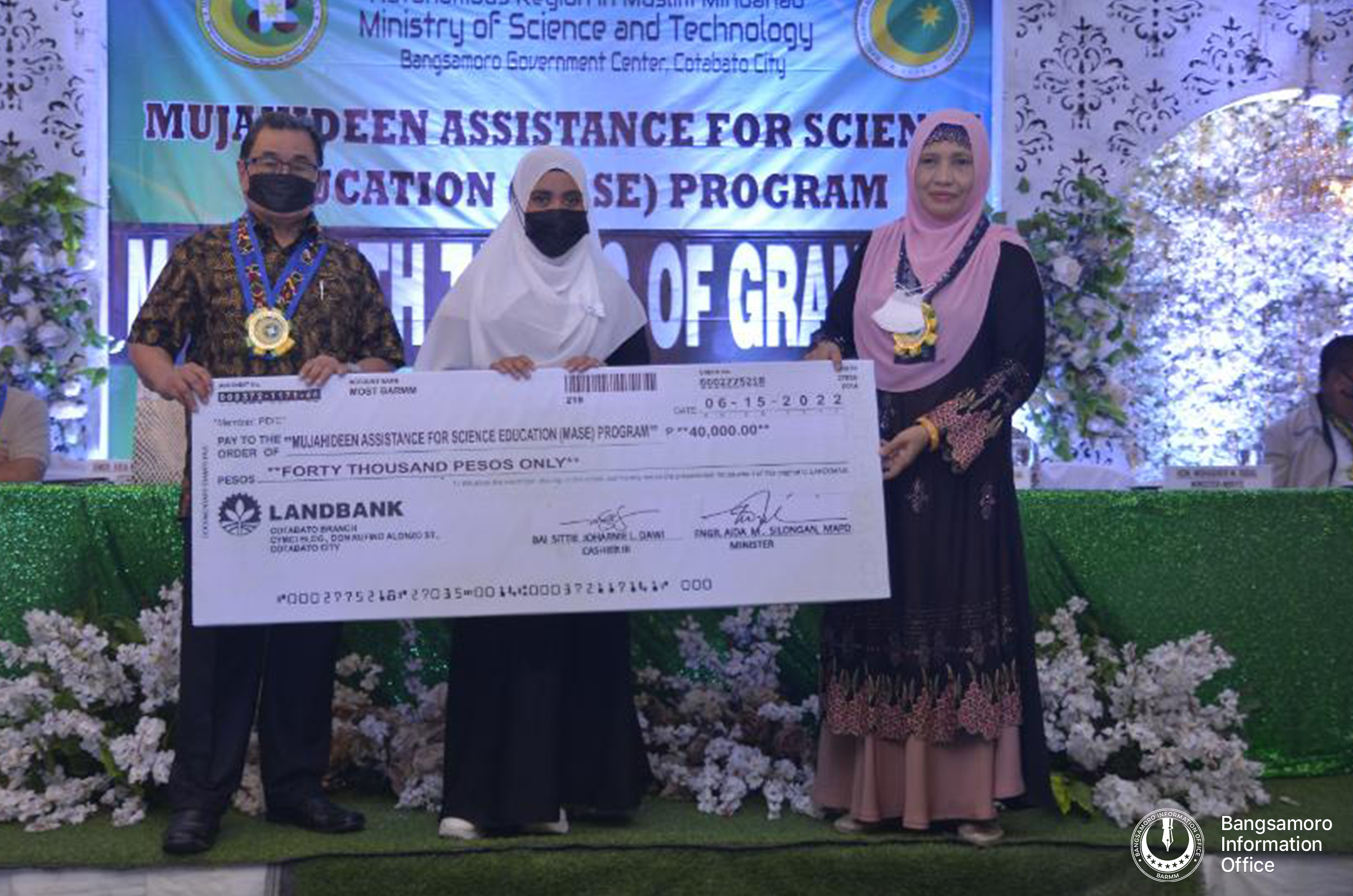 COTABATO CITY—A total of 184 recipients of Mujahideen Assistance for Science Education (MASE) Program, coming from the Bangsamoro region, Sibugay, Zamboanga del Sur and Davao City, took their oath and received cash assistance worth Php40,000.00 each from the Ministry of Science and Technology (MOST) on Wednesday.

The MASE Program is a cash assistance program of Member of Parliament Engr. Silongan under her Transitional Development Impact Fund (TDIF) supported by other MPs, and is anchored in MOST’s Science Education, Scholarships, and Grants (SESG) which supports the sons and daughters of combatants who are taking science and technology courses at any college level.

MOST Minister Silongan said that MASE is intended for the “children of the Mujahideen who are studying in remote areas and cannot compete with the students studying in colleges and universities in the city.”

Meanwhile, BARMM Chief Minister Ahod Ebrahim said: “For the young generation, the path has been paved, the BARMM government has been established, your priority now is get a proper education and of the mujahideen by giving back your services to the Bangsamoro individuals.”

Noraida A. Bara, 47, single mom and a member of Social Welfare Committee-Moro Islamic Liberation Front (SWC-MILF), said that she was thankful for the cash assistance that they have received from the government.