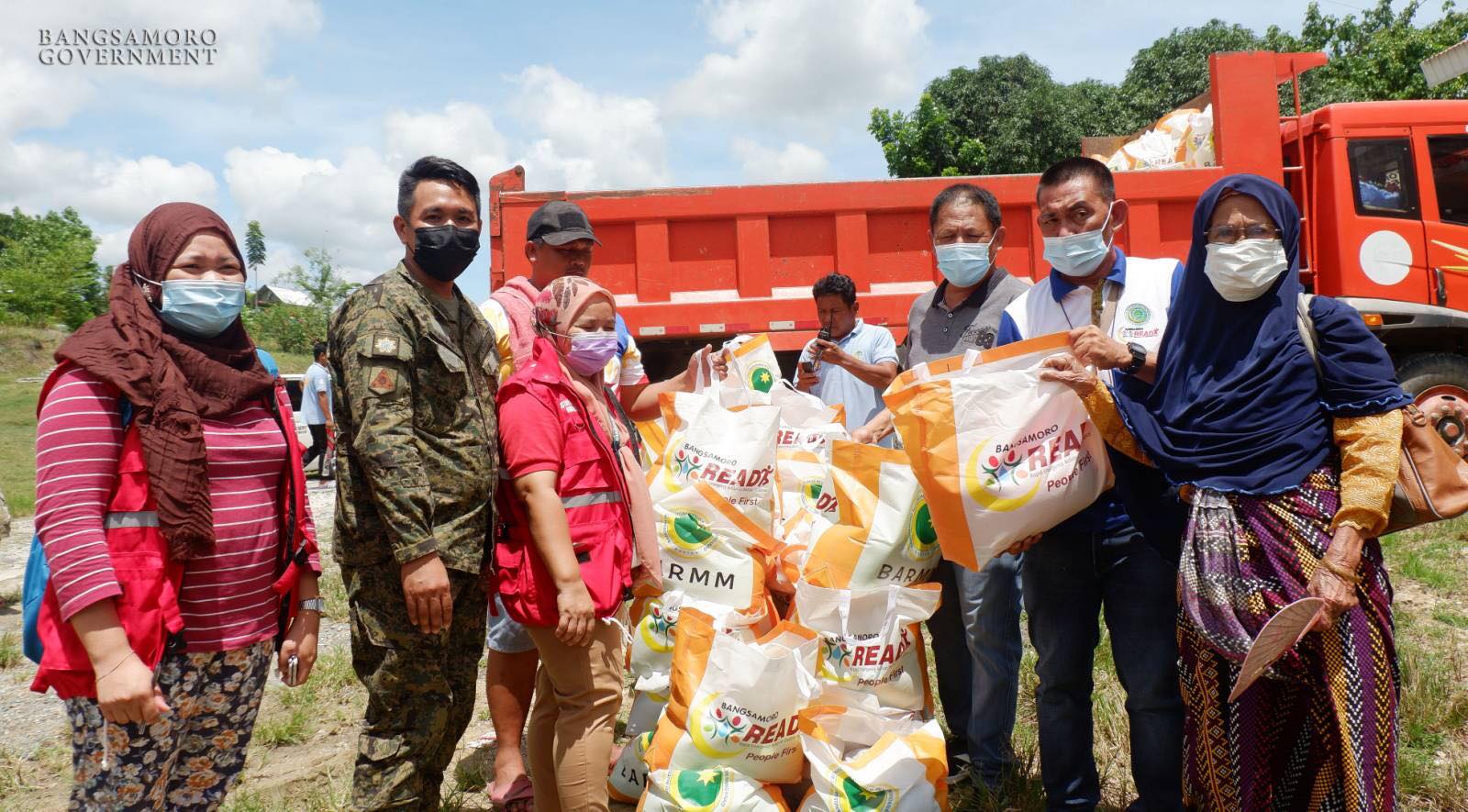 Internally Dispalced Persons (IDPs) from the Municipalities of Datu Salibo, Datu Unsay, and Shariff Aguak—affected by the on-going skirmishes between Armed Forces of the Philippines (AFP) and Bangsamoro Islamic Freedom Fighters (BIFF)—benefitted from Thursday’s relief distribution.

Datu Salibo Mayor Solaiman M. Sandigan lauded the Bangsamoro Government for its immediate response to the affected communities brought about by the conflict in the SPMS Box.

“Thank you to READI-BARMM for the relief given today and for the continuous help to the poorest of the poor as a result of man-made calamity,” Sandigan said.

[I am extremely happy, because this is my first time to receive aid from BARMM apart from the help from our Mayor.]

[It is such a huge help for us, especially for me as a single mother, who cannot find job due to intermittent gunfire. Somehow, it could ease our burden temporarily from being hungry—with that, we are grateful to BARMM.]. (Bangsamoro Information Office)