4.2K healthcare workers in BARMM to be fully vaccinated against Covid-19 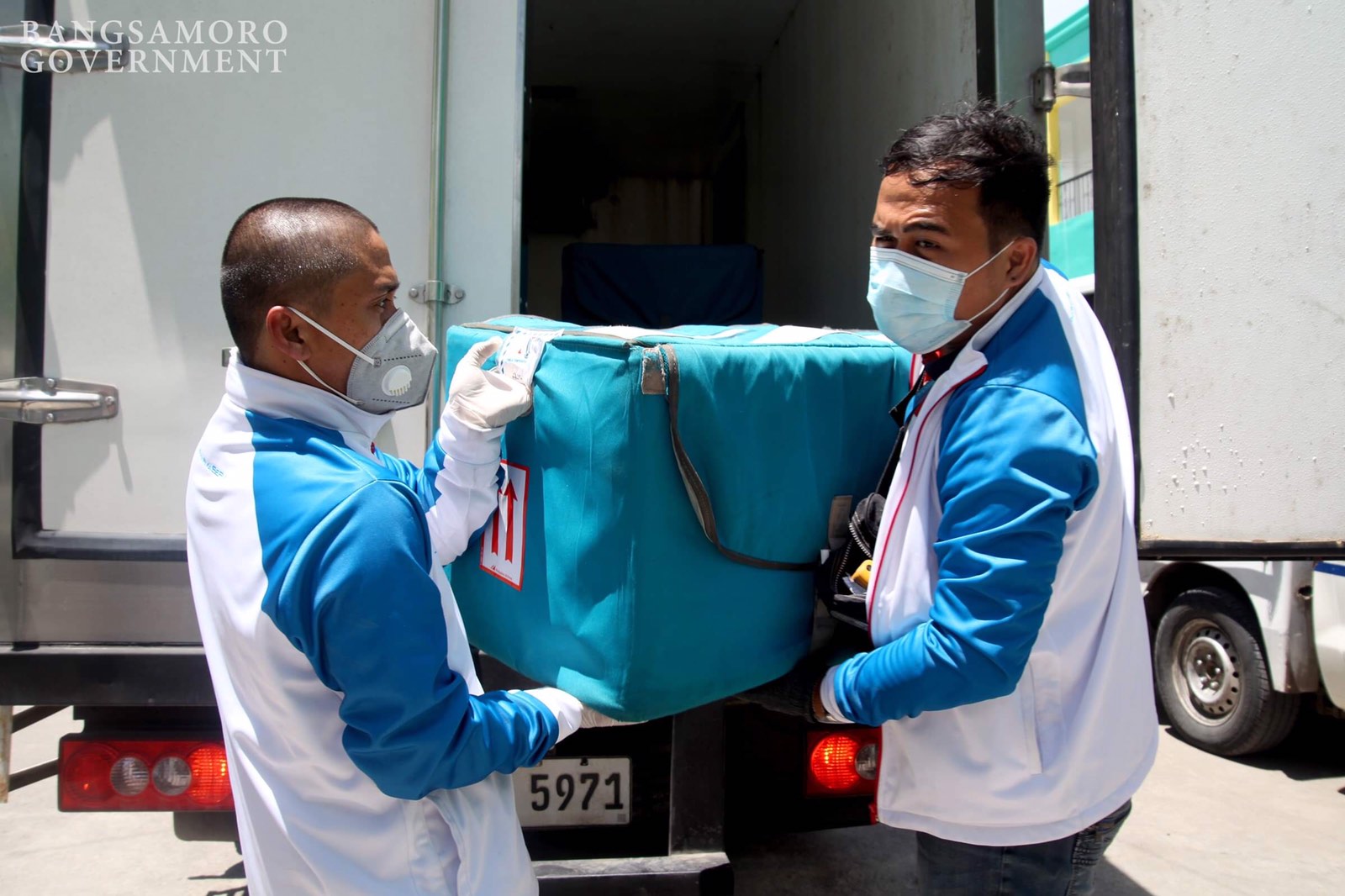 6,000 doses of AstraZeneca vaccines against Covid-19 arrived at Awang Airport in Datu Odin Sinsuat in Maguindanao this week. These doses form part of more than 18,000 doses of vaccines intended for BARMM’s healthcare workers and other priority groups.

The second dose, Usman added, will be inoculated after four weeks to fully reinforce the protection in the first vaccine shot.

On Thursday, March 11, 6000 vaccines arrived in Bongao, Tawi-Tawi and in Jolo, Sulu.

The roll-out for Sulu and Tawi-Tawi will commence next week. Basilan will receive its vaccines on Monday, March 15, and will start its roll out on the same day.

The BARMM has drafted its Deployment and Vaccination Plan — a blueprint that will guide the regional government in the delivery, storage, distribution and deployment of vaccines.

In the plan, Abas said there are three (3) priority eligible groups for the vaccine’s distribution and deployment.

Group A include all frontline health workers from public and private health facilities, and frontline workers from the ministries of social services, education, and local government.

All remaining Bangsamoro population not included above shall be in the last group.

The guideline, signed by Bangsamoro Mufti Abuhuraira Udasan, reads “The Darul Ifta of the Bangsamoro Autonomous Region in Muslim Mindanao (BARMM) sees that the vaccine for healing and preventive measure, in general, is lawful (Halal)…”

The province of Lanao del Sur and Marawi City has recorded the highest number of cases among the region’s areas with 1,342, followed by Cotabato City with 1,196. Tawi-Tawi province, on the other hand, has the least cases with 140. (Bangsamoro Information Office)