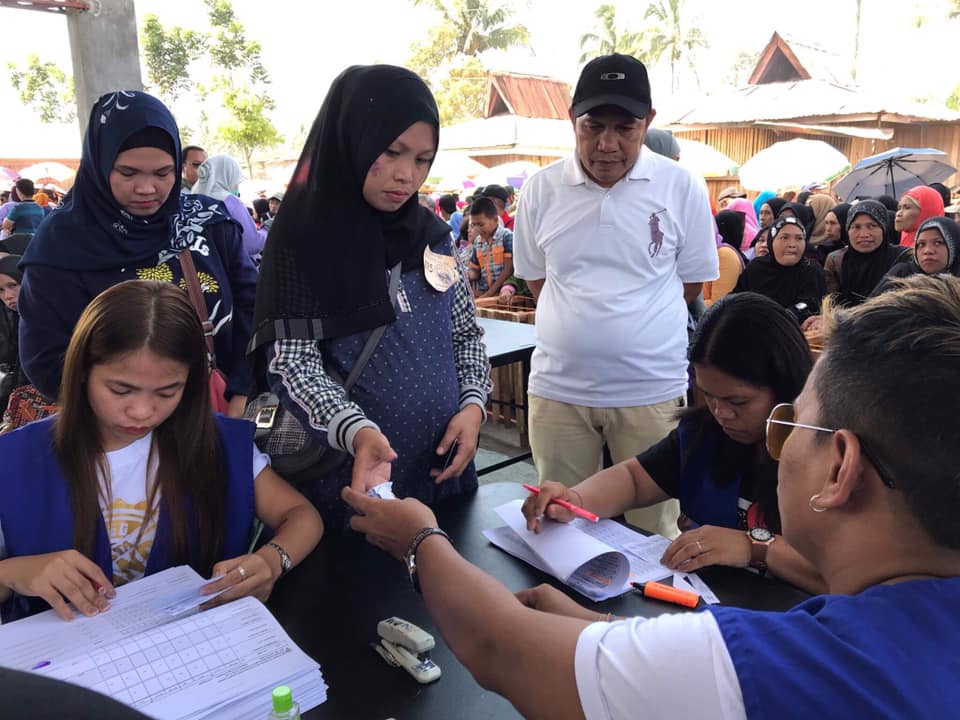 Cotabato City (November 13, 2019) – The Bangsamoro Government’s Ministry of Social Services and Development (MSSD) is set to release the cash grants of Pantawid Pamilyang Pilipino Program (4Ps) beneficiaries in the provinces of Maguindanao and Sulu within this month.

In a radio interview, lawyer Raissa Jajurie, MSSD minister, said they are taking measures to ensure that nothing will be deducted from what the beneficiaries are supposed to receive.

She said every beneficiary will receive the monthly P500 health grant, P300 pesos per child in daycare and elementary, and P500 per child in high school. A single household can have a maximum of 3 children as beneficiaries.

Jajurie said the cash grants for 4Ps beneficiaries in Lanao del Sur and Tawi-Tawi were released in October this year.

“Next to receive would be provinces of Maguindanao and Sulu this November but the exact dates of the release is yet to be finalized,” she said.

Jajurie said she issued a memorandum prohibiting the release of the cash grants to a ‘second person’ or anyone who acts as representative of the actual grantee.

Moreover, her office will be coordinating with the Ministry of Interior and Local Government (MILG) to ensure the orderly conduct of the 4Ps pay outs in the said provinces.

She said they will request the MILG to issue a memorandum requiring the barangay, municipal, provincial officials to facilitate the logistics and venue, adding “pero wag [silang] makialam sa actual payout cause it’s prohibited in the guidelines.” (Bureau of Public Information)