50 ‘widows of war’ in Maguindanao receive cash aid from MTIT 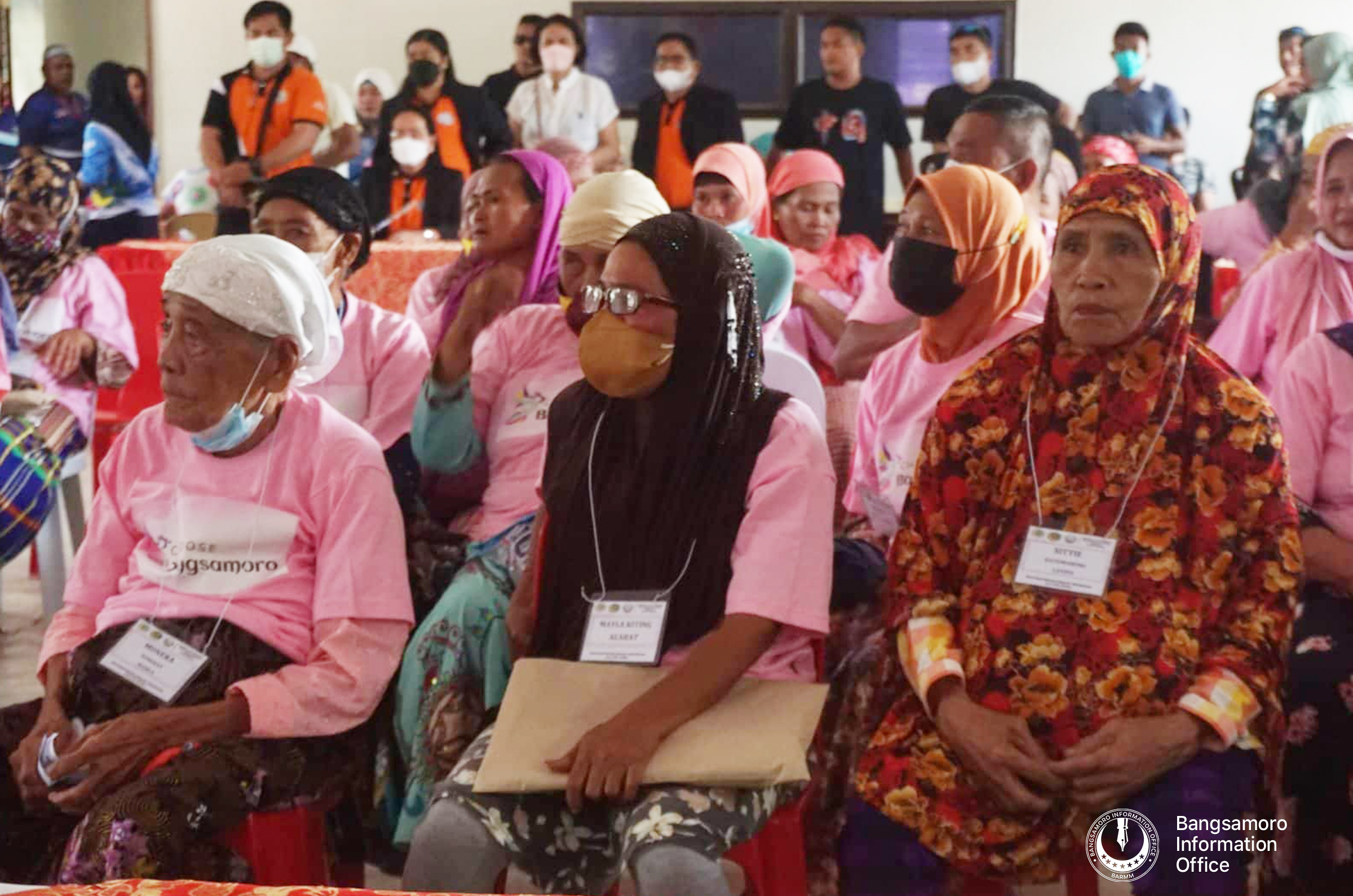 COTABATO CITY — A cash assistance worth Php20,000.00 was given to each of the 50 widows of war (WOW) project recipients in Datu Piang, Maguindanao during the distribution on Wednesday, July 6, 2022, led by the Ministry of Trade, Investment and Tourism (MTIT).

The event, which was conducted in partnership with the Office of Bangsamoro Transition Authority (BTA) Parliament Member Susana Anayatin, sought to capacitate widows with technical skills in entrepreneurship with financial assistance to jump-start their small businesses.

The funding for the WOW project was earmarked from the Special Development Fund (SDF).

“It is one of our mandates to capacitate the vulnerable people, especially widows of the conflict,” MTIT Minister Abuamri Taddik said.

Meanwhile, MP Anayatin said the project has chosen the war widows sector because of the hardship they went through due to decades of repeated turmoil and cruel experience among the Bangsamoro.

“This is our start of engagement on needed skills and training to be conducted for the beneficiaries, para ma-sustain ang livelihood project nyo,” Anayatin told the widows.

In an interview with Monera Utto, 53, one of the widows, she shared that the cash assistance she received would be of great help to her establish her own sari-sari store.

Also present at the event was Mayor Mohd Omar Samama who described the event a blessing and milestone, saying, “this is an effective way of telling the people na may gobyerno na talaga para sa Bangsamoro.”

A similar activity for the Municipality of South Upi is expected to take place this coming August. (Majid Nur/BIO)