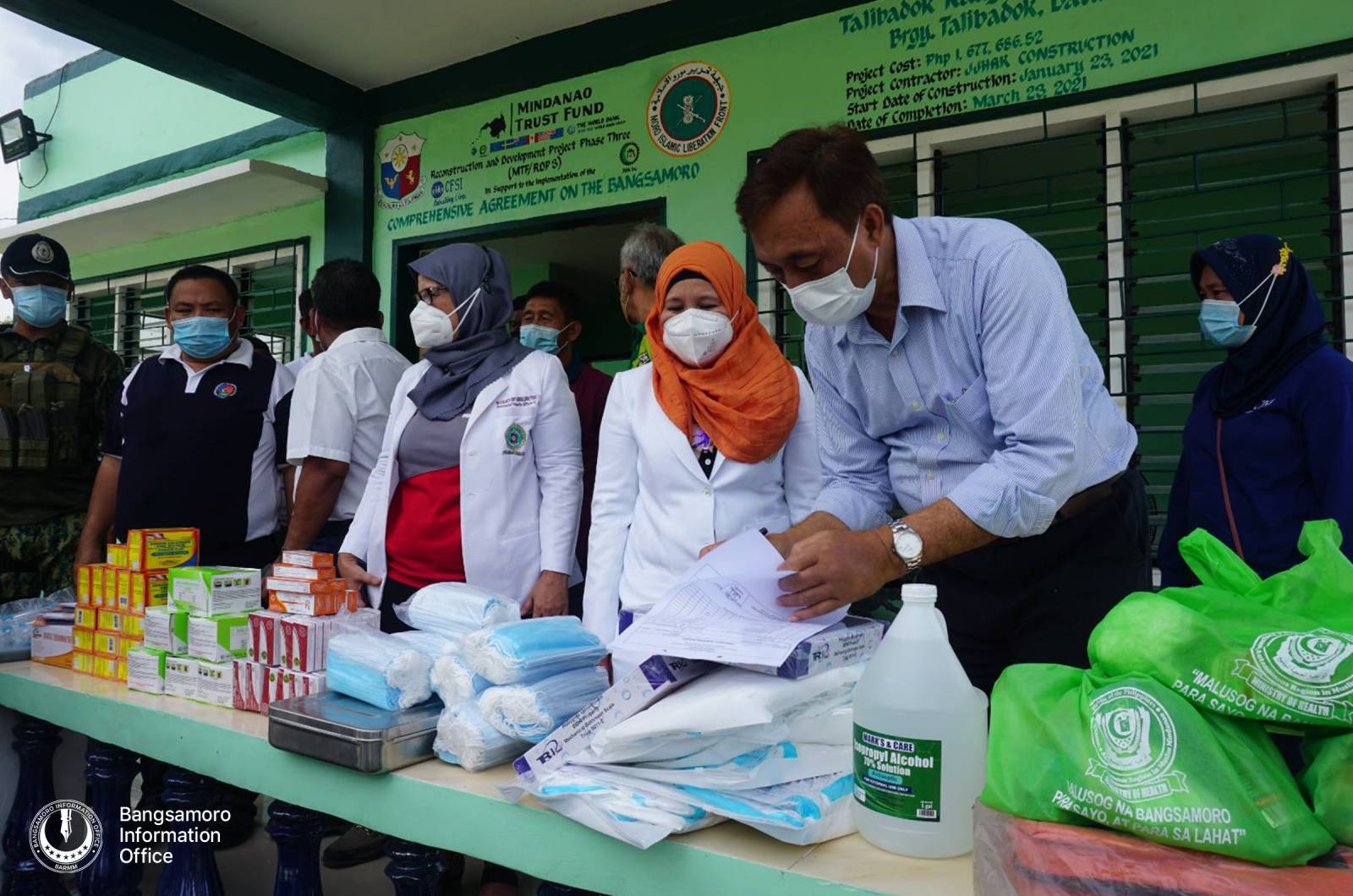 MOH Minister Dr. Bashary Latiph led the turnover of medical supplies and devices to camps in Maguindanao this week.

MOH Minister Dr. Bashary Latiph led the turnover of medical supplies and devices to camps in Maguindanao that include Camp Rajamuda in General Salipada K. Pendatun and Camp Abubakar in Barira on Thursday, July 29, and in Camp Badr in Guindulungan and Camp Omar in Datu Hoffer on Wednesday, July 28.

Minister Latiph stressed that the medical supplies will give a big leap in delivering healthcare services to the constituents, especially to the people living inside the camps.

Similar supplies were earlier turned over to Camp Bushra Somiorang in Lumbayanague, Lanao del Sur, and Camp Bilal in Munai, Lanao del Norte in the last week of June.

The health facilities constructed inside these camps were under the Mindanao Trust Fund-Reconstruction and Development Project (MTF-RDP) that were implemented by the Community and Family Services International (CFSI) and Bangsamoro Development Agency (BDA).

These facilities were officially turned over to provincial health offices of Maguindanao and Lanao del Sur in order for it to be fully operationalized and offer services to the constituents.

The MOH and the Office of the Presidential Adviser on the Peace Process (OPAPP) are also set to build rural health units (RHUs) inside the camps that will provide wider scope of healthcare services available to the public. (Bangsamoro Information Office)