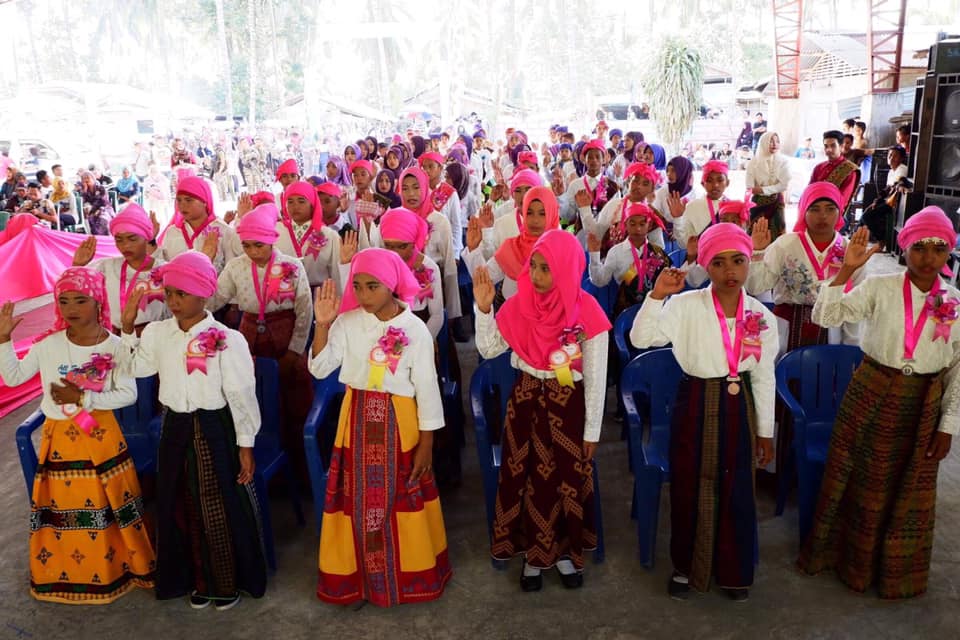 Iqbal made the announcement in a graduation ceremony of 81 learners in Camp Darapanan in Sultan Kudarat, Maguindanao on Tuesday, April 2. The ceremony was also graced by the ambassadors of Australia and Bangladesh.

Of the 81 completers, 51 were from Camp Darapanan Integrated School and 30 from BRAC learning center.

He also noted that in terms of education they aspire to produce not only competent graduates but also graduates with high morale upbringing.

Norsida Akil, 14, one of the graduates, shared how glad she is to finally complete her elementary education.

She said that without BRAC she may not be able to experience attending the graduation rites.

Norsida is from Barangay Olas in Sultan Kudarat.

BRAC has been tapped by the Australian government to implement the Alternative Delivery Model (ADM) component of the BEAM, which aimed to provide
children in the remote areas access to education especially where public education system is inaccessible.

Since 2012, BRAC has established 2,108 learning centers including seven floating schools, and reached over 60,000 children.

This year, a total of 1,301 BRAC learners completed their elementary education.