Bangsamoro Govt, National Agencies ink MOA on the establishment of Shari’ah Supervisory Board in BARMM 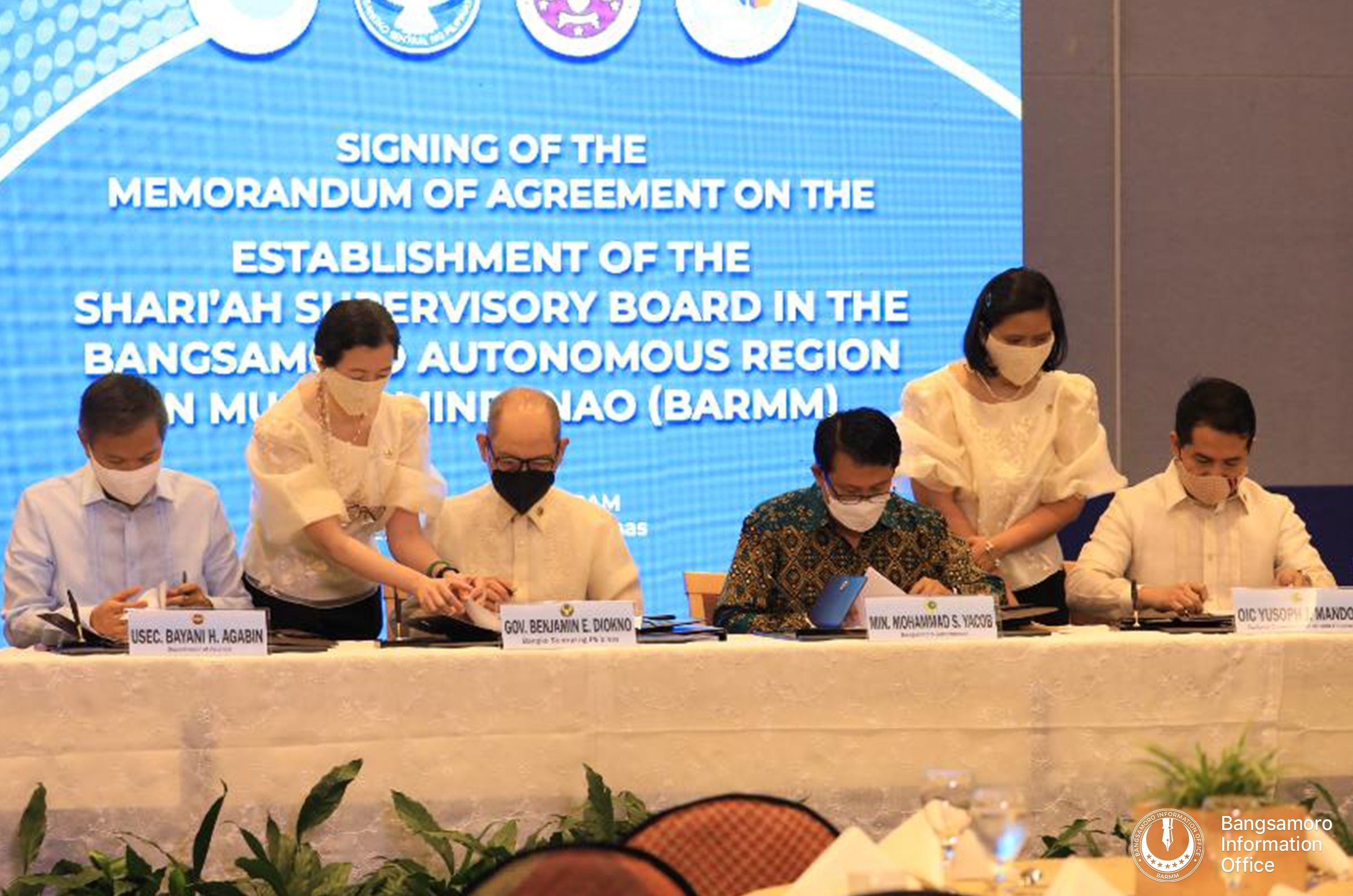 COTABATO CITY— In line with the promotion of Islamic banking and finance system in the Bangsamoro region, the regional government, Bangko Sentral ng Pilipinas (BSP), Department of Finance (DOF), and the National Commission on Muslim Filipinos (NCMF), signed a Memorandum of Agreement (MOA) on the establishment of the Shari’ah Supervisory Board in the Bangsamoro Autonomous Region in Muslim Mindanao (BARMM).

Above-mentioned government offices recently issued a Joint Circular to implement Article XIII, Section 32 and 34 of the Bangsamoro Organic Law (BOL) which promote the development of an Islamic banking and finance system in the BARMM.

Chief Minister Ebrahim said that according to the Asian Development Bank, Islamic finance or Shari’ah compliant financing is one of the fastest growing segments of the global financial system. As of 2015, the industry’s global assets have reached $1.9 trillion.

“Through the SSB, the Philippines moves closer to unlocking this, as well of economic opportunities and potential, while honoring the customs of its Bangsamoro constituents all at the same time,” Ebrahim said.

Among SSB’s functions is to issue Shari’ah opinions on Islamic banking transactions and Shari’ah products in the BARMM, and when requested by the BSP, financial institutions and other stakeholders.

Furthermore, the SSB may advise the BSP on Shari’ah matters related to Islamic banking and finance, and may also conduct Shari’ah compliance assessment, if BSP deems it necessary.

SSB shall be composed on nine (9) members: five members from the private sector who are preferably Filipino citizens, and one memeber each from the Bangsamoro Government, BSP, DOF, and from the NCMF.

“The collaboration does not end with the signing of the joint circular and the MOA, the government agencies and the private sector must continue to collaborate until our vision of an Islamic banking and finance ecosystem that viably operates alongside conventional system is realized,” said BSP Governor Diokno.

“Let us fulfill our joint mandate in the BOL to prolong the Islamic banking and finance,” Diokno said. (Myrna Tepadan/BIO)