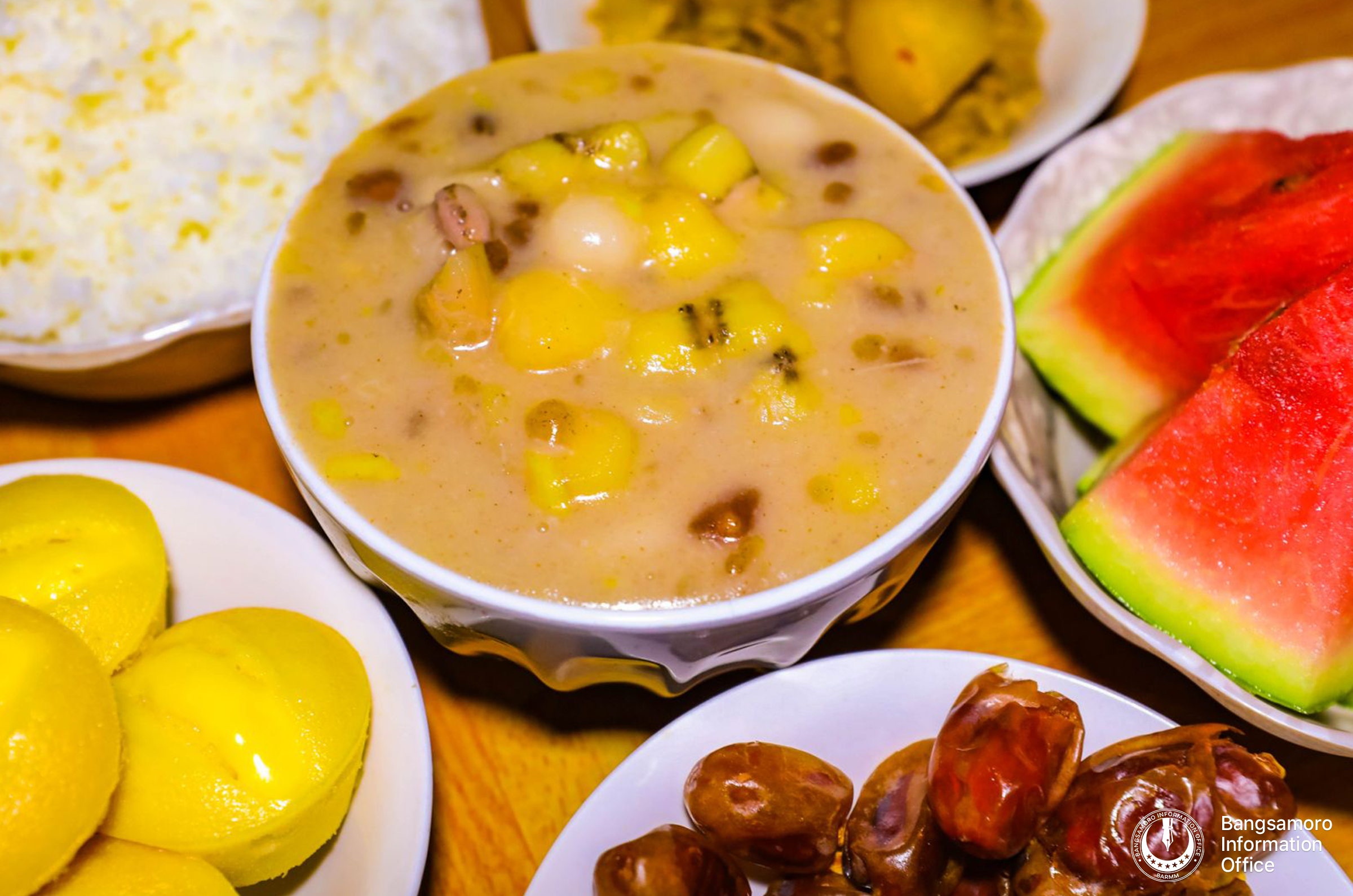 Ramadhan is a much-awaited month for Muslims all over the world. While it is a special time to reflect and deepen one’s relationship with Allah (SWT), it can also be an ideal time to tighten family bonds.

Aside from praying and learning the Qur’an together, families also find having Suhoor (pre-dawn meal) and Iftar (meal for breaking fast) together as an opportunity to reconnect and strengthen their kinship.

During Ramadhan, working hours are often shortened so there’s no better time to bond than over Iftar. Family members prepare Iftar together and others make it even more special by cooking viands and desserts that are not commonly served on regular days.

One of the most common and all-time favorite Iftar delicacies of the Moros, specially the Maguindanaons, is the “sindol”.

Some of its ingredients, like the sweet potatoes and taro, can be found in a typical Moro backyard in the province. The rest of its ingredients such as coconut, banana, corn,tapioca, and jackfruit can be harvested from farms or purchased from local markets.

The process of making sindol is as easy as one, two, three. Its base is made from fresh coconut milk. Usually, Maguindanaons use a primitive coconut grater called “kukulan” to scrape the coconut meat and make the milk. Luckily coconut shavings are now sold per kilogram in local markets.

The first step is to add the taro, banana, and sweet potatoes in a boiling mixture of coconut milk and water. Once the initial ingredients are softened, sticky rice called “pulot” can now be added into the mixture and stir for about 15 minutes. Pulot is made of either black or white glutinous sticky rice initially pulverized and then shaped into small balls.

Next is to add the corn, tapioca, jackfruit, and then the brown sugar. Stir and continue to cook until the liquid begins to thicken.

And just like that, the dish is ready to soothe the appetite of fasting Moros.

This delightful hot porridge is commonly called “binignit” in the Visayas and “ginataan” for the people of Luzon, traditionally eaten during the Holy Week of the Christians. (Joehan Unayan/BIO)