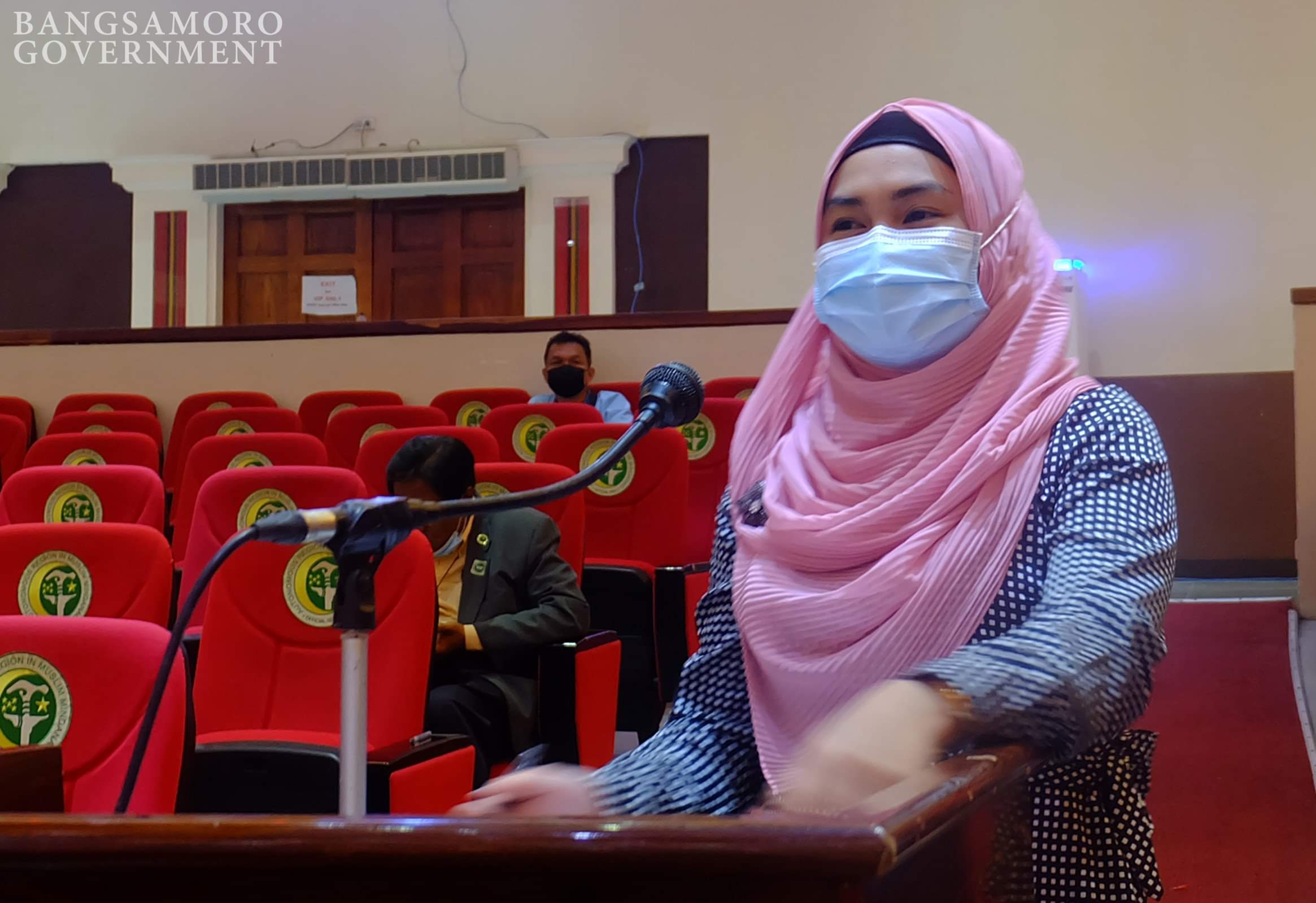 COTABATO CITY – The Bangsamoro Transition Authority (BTA) has adopted proposed resolution No. 349 or the Organizational Structure of the Parliament during a session held Wednesday.

Member of Parliament Atty. Anna Tarhata Basman said the structure is a product of the careful and thorough deliberation of the BTA’s Committee on Accounts and Audit (CAA).

“This improved structure envisions a more robust machinery for the Parliament that delivers stronger legislative work here in the Bangsamoro,” said Basman, who chairs the CAA.

CAA has jurisdiction to examine and scrutinize all matters relating to income, revenues, internal auditing, and the expenditure plans of activities of the BTA including all government ministries, bureaus and agencies of the Bangsamoro Government.

Under the new structure, the BTA will have at least 1,215 personnel, which, according to Basman, “cements the heightened relevance and professionalization of the departments, services, and divisions of the Parliament, as we move forward with our duties as legislators.”

In her speech during a session on Nov. 26, MP Basman highlighted some divisions created under the structure. First was the Translation and Interpretation Division which seeks to ensure that all of the Bangsamoro Autonomy Acts and other legislative measures of the BTA are available in all the official languages in the BARMM.

“Furthermore, it is our ambition, to maximize the wealth of knowledge within the halls by ensuring that all 80 members are heard and understood even if each of us choose to speak in our native tongue,” Basman said.

Another was the Policy Research and Legal Services which is tasked to provide support to the Parliament through proactive research, objective policy analysis, and advocacy of sound socio-economic, fiscal, and institutional reforms, as well as in all legal matters arising in the Bangsamoro Parliament.

In conclusion, Basman said the BTA organizational structure aims to be a “relevant, effective, and professional bureaucracy that is crucial to the performance of the legislative mandate of the Parliament.”

The BTA also approved on Wednesday a resolution extending further the phase-out plan for accountable officers and employees of the Bangsamoro Government until June 30, 2021.

It is stated in proposed resolution No. 357 that the officers and personnel to be extended shall continue to perform in their current capacities unless their appointments are sooner revoked, resignations accepted, replacements appointed, or new appointments issued under the approved staffing pattern in their respective divisions. (Bureau of Public Information)