BARMM all set for 2021 Bangsamoro Governance Summit on July 23 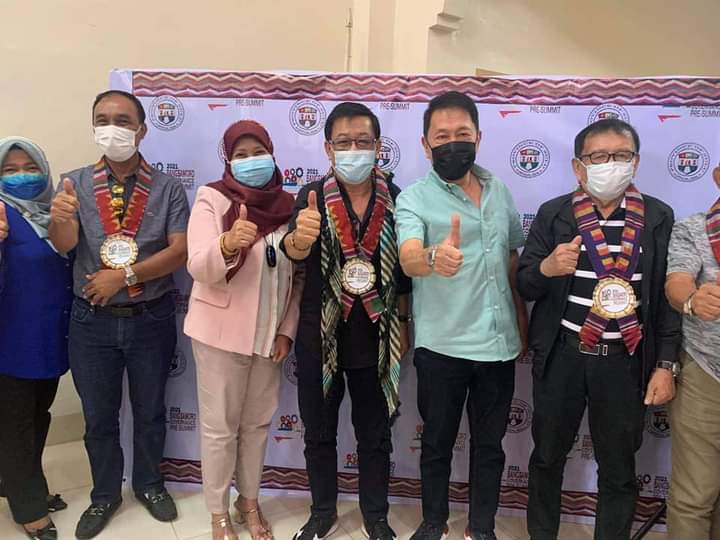 Public Works Minister Archt. Eduard Guerra (center) with Sulu Governor Abdusakur Tan (in blue shirt)  and Trade, Investments, and Tourism Minister Abuamri Taddik (in stripes),  together with some Sulu officials, during the conduct of the Bangsamoro Governance Pre-Summit in the province on July 17. (Photo from MILG)

COTABATO CITY – The Ministry of Interior and Local Government (MILG) has successfully completed the conduct of the 2021 Bangsamoro Governance Pre-Summit in the five provinces of the Bangsamoro Autonomous Region in Muslim Mindanao (BARMM), including its special geographic area (SGA) in North Cotabato.

Over the weekend, local government units in the provinces of Sulu and Tawi-Tawi, as well as the provincial heads of the different BARMM ministries, presented their proposed programs and projects for inclusion in the region’s priority Projects Program Activities (PPAs) for fiscal year 2022.

Similar activity for the LGUs in provinces of Basilan, Maguindanao, and Lanao del Sur, and for the SGA were held separately from July 13 -16.

The LGUs’ proposed priority projects and programs for FY 2022 were consolidated and deliberated, and the output will be presented in the 2021 Bangsamoro Governance Summit to be held on July 23 in Cotabato City.

Minister Guerra encouraged the LGUs to coordinate with the regional government for the approval and implementation of their respective projects.

“BARMM is always open. And for the funding of the projects, we can find a way. Just give BARMM a chance to really work,” he said.

Meanwhile, Minister Yacob said the forthcoming summit is a venue that will set “our unity as government officers in the region to strengthen our collaboration in implementing the different programs that we want to implement for the benefit of our constituency in the entire Bangsamoro region.” (Bangsamoro Information Office)