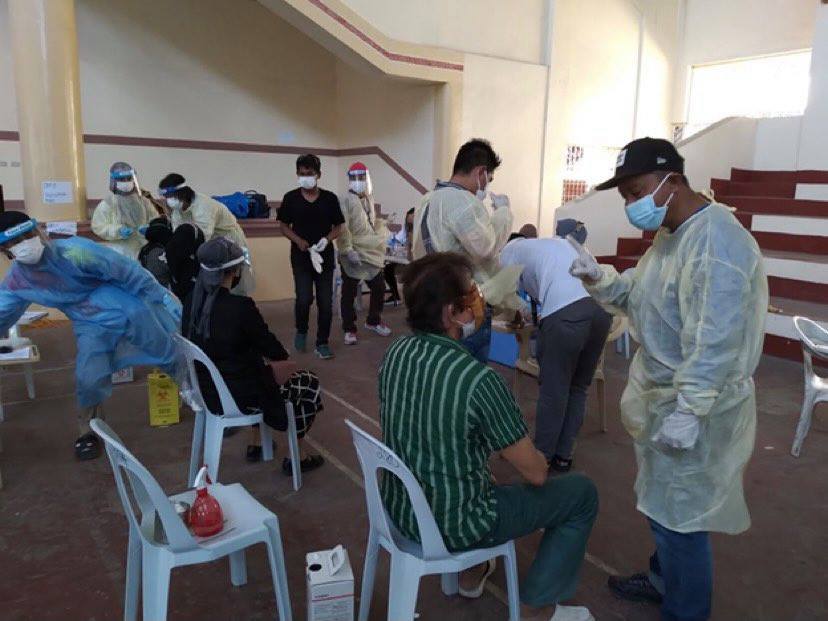 TAWI-TAWI—As part of preemptive measures implemented by the government with the detection of the first Delta variant cases in the country, the Health Ministry of the Bangsamoro Government has allocated 30,000 doses of single-shot vaccine to this province.

This was after the roll-out of the first batch of US-made Johnson & Johnson’s Janssen Covid-19 Vaccine from the national government.

The single-dose Janssen jabs will be rolled out to the municipalities of Sitangkai, Turtle Island, and Mapun Island, being border Island municipalities of Tawi-Tawi with Malaysia and some Islands of Indonesia.

This is primarily aimed at strengthening border control measures to prevent entry of the most dreaded delta variant from these neighboring countries, especially Indonesia, which has already become the new epicenter of virus surpassing India.

On Monday, July 19, the vaccine arrived in Tawi -Tawi, a day before the feast of Eid’l Adha on the 20th of July. It is said that the deployment of the single dose vaccine to the province was a great gift to the netizens as they celebrated the feast of Hajj.

Dr. Sangkula Laja, provincial health officer and chief of Datu Halun Sakilan Memorial Hospital, said that allocation of the single-shot vaccine was based on the master list and population, specifically for A1, A2, and A3 groups, which began on July 23.

Almost 8,000 individuals have already been vaccinated out of the total 213, 776 target population for the province.

“In the past months, very limited doses were allotted to Tawi-Tawi. So far, this is the first time that we received substantial doses that can accommodate 30,000 people, most especially, those in the border Island municipalities of Sitangkai, Turtle Island and Mapun Island,” Laja said.

“We give preference to these three border municipalities in a bid to prevent entry of Covid-19 virus, especially the Delta Variant, which already devastated Indonesaia in terms of death,” the provincial health officer added. (Bangsamoro Information Office)