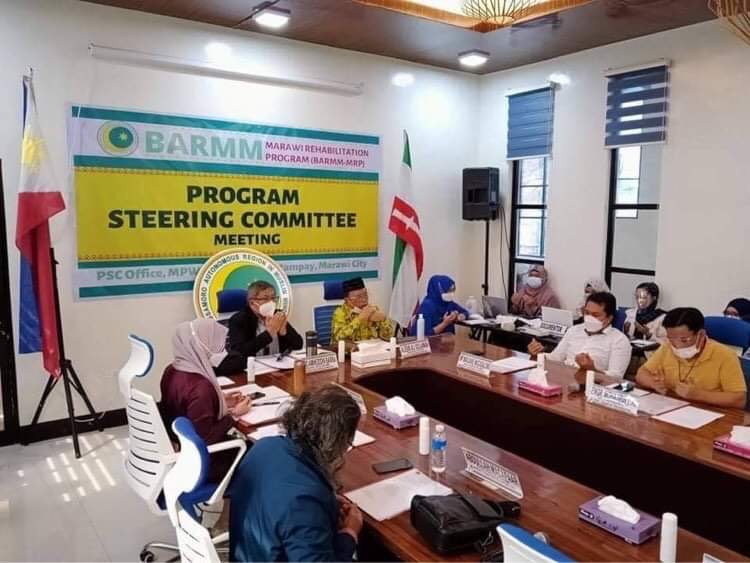 These are the first set of projects which shall commence the Bangsamoro Government’s rehabilitation for Marawi.

The approved projects under the BARMM-MRP include, Profiling Survey of Displaced Persons for the Marawi Rehabilitation Program (MRP), the Bangsamoro Sagip Kabuhayan, and Water, Sanitation and Hygiene (WaSH) intended for the internally displaced persons (IDPs) staying in temporary shelters.

The Php79 Million budget is a chunk of the Office of the Chief Minister’s (OCM) Php500 Million-Marawi Rehab Fund.

These adopted projects of MSSD were established from the recommendations made by the Special Committee on Marawi in its report last August 27, 2020.

The MSSD’s profiling survey aims to update data gaps for a more comprehensive database of IDPs to aid future programs and policies for Marawi rehab, while other projects cater to IDPs living and necessary needs.

PSC was formed as the policy-making body of the BARMM – MRP and to oversee effective management and actual implementation of projects aimed for the city’s recovery.

“Our job as your leaders in the Bangsamoro Government continues until the rehabilitation of Marawi is done and until we see the people of Marawi are back in their homes,” said PSC chairman Ali B. Solaiman.