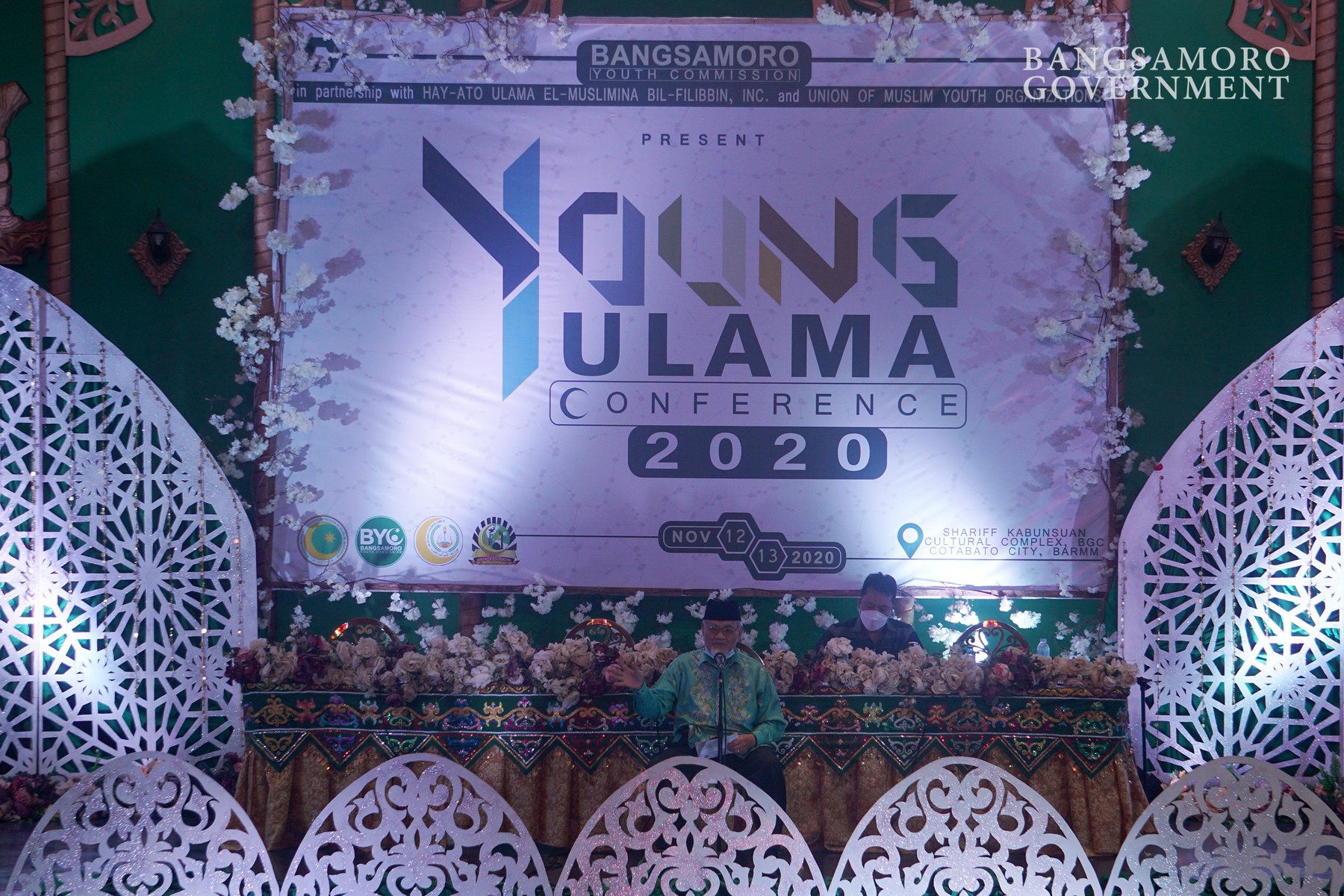 The ulama or Muslim scholars from Maguindanao, North Cotabato, and Cotabato City attended the program at the Shariff Kabunsuan Cultural Complex.

Macasalong, who is also a member of the Bangsamoro Transition Authority (BTA) Parliament, said the conference will equip the participants to become active partners in the quest for moral governance of the Bangsamoro Government.

“Our main goal for this conference is to engage young Islamic scholars—not just in our work to equip and empower the youth, but in our pursuit of the moral governance agenda,” Macasalong said.

In a video message, Chief Minister Ahod “Al Haj Murad” Ebrahim expressed his gratitude to the young scholars who continued to support and make sacrifices for the Islam religion.

Bangsamoro Mufti Abu Hurarira Udasan, who is also the executive director of the the Bangsamoro Regional Darul Ifta, said the the youth as constituents of the Bangsamoro Autonomous Region in Muslim Mindanao (BARMM) “can contribute greatly to building the Moral Governance by embodying the teachings of Islam as Muslim scholars in their respective places.”

Members of BTA Parliament Abdulwahab Pak, Ibrahim Ali, and representative of Ahmad Gayak delivered their messages during the event.

Bangsamoro Wali Khalipha Usman Nando called for unity amongst scholars to further strengthen its support to the Bangsamoro Government.

The YUC was organized by the BYC in partnership with the Hay-Atol Ulama El Muslimina Bil-Filibbin, Inc. and Union of Muslim Youth Organizations (UMYO).

Nasserudin Dunding, chief of BYC’s programs and operations, said the first cluster of this series of conference was held in Marawi City for the Muslim scholars from Marawi City and Lanao del Sur on July 23.

A similar conference for young Islamic scholars from Basilan, Sulu, and Tawi-Tawi is slated in the first quarter of 2020. (Bureau of Public Information)