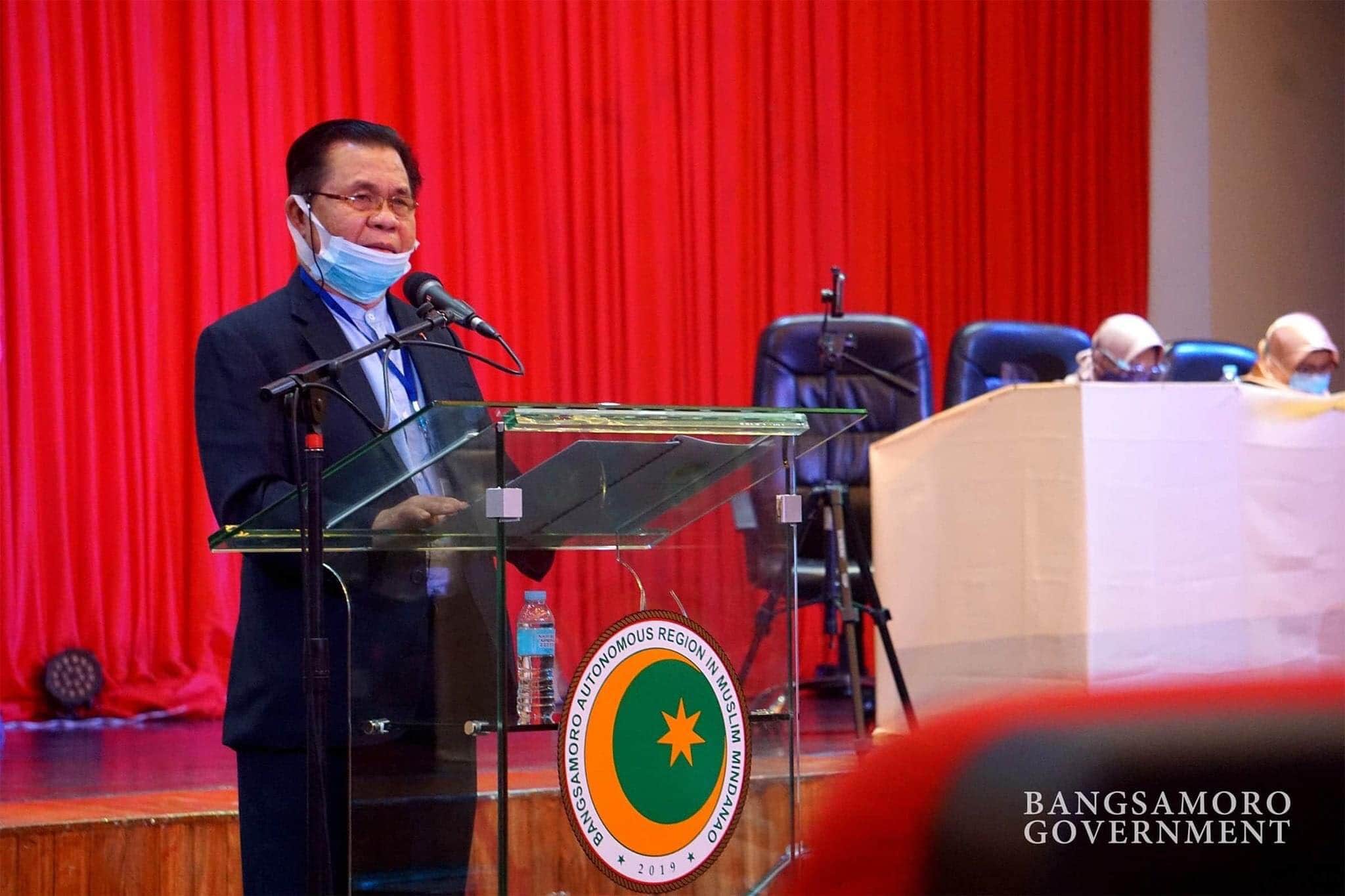 Cotabato City (July 22, 2020)—Three (3) priority codes of the Bangsamoro Autonomous Region in Muslim Mindanao (BARMM) have been filed in the Bangsamoro Transition Authority (BTA) and went through the first stage of legislation this Wednesday, July 22.

“We [the Government of the Day] are aware that the passage of the six priority codes are the main duties mentioned in the Bangsamoro Organic Law and we are also aware that there have been concerns about the status of these codes,” BARMM Chief Minister Ahod Balawag Ebrahim asserted during his 8th Chief Minister’s Hour at the plenary session of the BTA parliament on Wednesday.

Ebrahim noted that these codes were “carefully drafted” by the Bangsamoro Cabinet with collective efforts from the Office the Speaker, Office of the Majority Floor Leader, and some Members of the Parliament (MP) before submitting it to the parliament.

“We are confident that we will be able to iron out whatever issues and challenges we may face in completing the legislative process,” Ebrahim stated, adding, “What is of prime importance is we pass these vital legislations within the year, In Shaa Allah.”

He also added that these legislations had undergone numerous deliberations, consultations, and sessions with experts, including a meeting held on July 20, to finalize the six (6) priority codes, which also include the Bangsamoro Electoral Code, Revenue Code, and the Educational Code.

According to Ebrahim, the Bangsamoro Government presses on the importance of fulfilling its duties to the Bangsamoro and its people during the transition period, despite the ongoing war against the Coronavirus Disease (Covid-19).

Lastly, Ebrahim reminded the BTA parliament that the establishment of the Bangsamoro Government is only a step towards achieving the aspirations for the people. “The positions we are holding are reminders of the huge responsibilities entrusted to us by our people. Our sense of reward should be about seeing our people living a significantly better life and quite frankly, we still need to do a lot more to achieve this goal,” he said.

During the said session, forty-five (45) MPs were physically present, while fifteen (15) attended via online conference. (Bureau of Public Information)