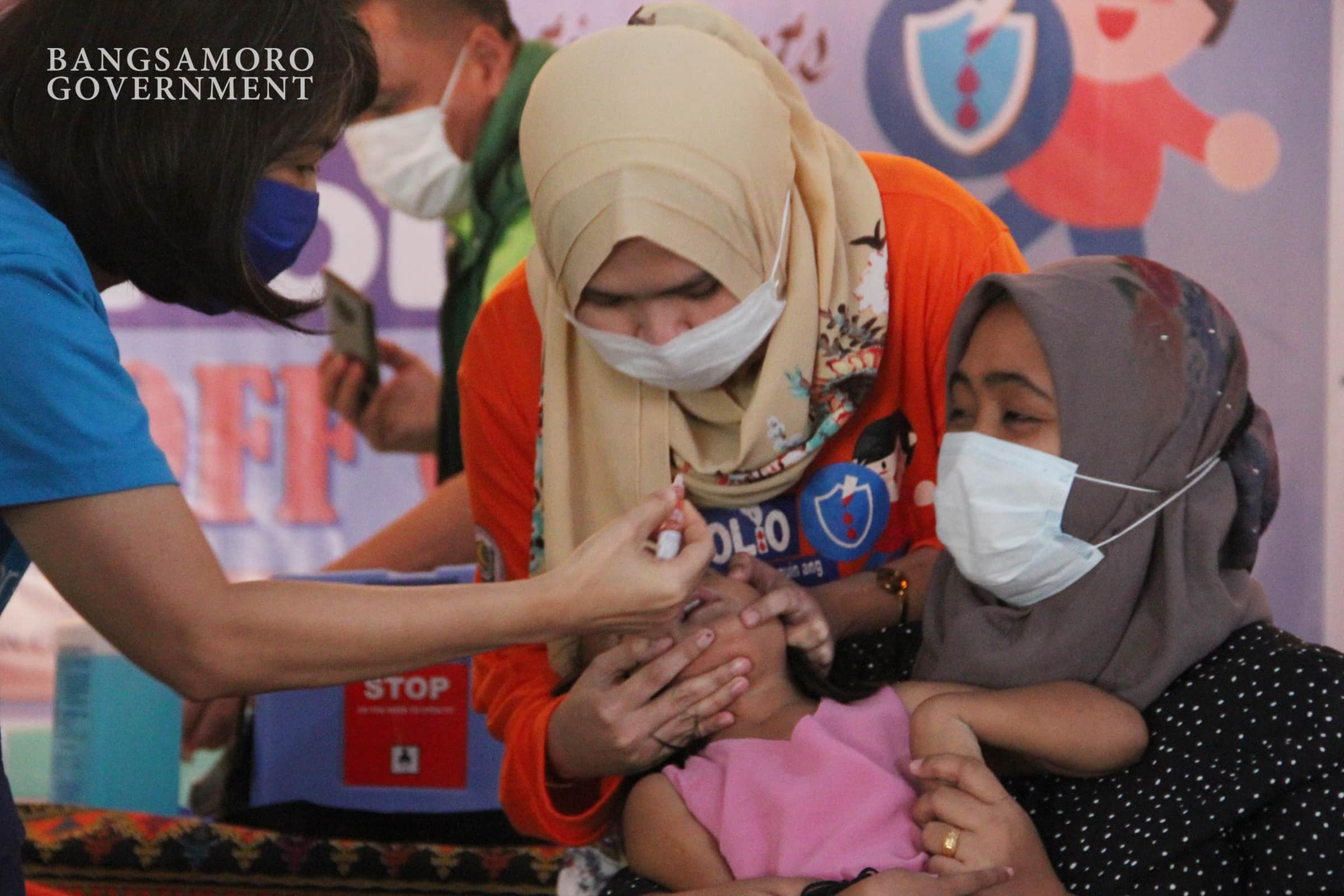 Cotabato City (July 20, 2020)—Despite the ongoing crisis brought about by Coronavirus Disease (Covid-19) pandemic, the Bangsamoro Government’s Ministry of Health (MOH) will ensure that no child in the BARMM will be left unvaccinated against poliovirus.

The MOH will conduct the ‘Sabayan Patak Kontra Polio’ Campaign from July 20 to August 2 to at least 839,677 children in the provinces of Maguindanao, Lanao del Sur, Basilan, Sulu, and Tawi-Tawi.

The campaign aims to stop the poliovirus outbreak in the country by immunizing children against the virus.

It can be recalled that the Philippines declared a national polio outbreak last September 19, 2019 following the confirmation of a poliovirus case in a 3-year old girl from the province of Lanao del Sur on September 14, 2019 – the first polio case since its eradication in the country 19 years ago.

Community-based public health practitioners assigned for the polio-vaccination will strictly observe health and safety measures during the entire conduct of the campaign.

According to the guidelines set by MOH- BARMM, apart from the Personal Protective Equipment (PPE) provided for the health workers (vaccinators), there is also a ‘No Touch Approach’ wherein only the parent or caretaker can hold the child’s face/mouth and finger.

MOH also guaranteed that the vaccinators are not the ones on duty in the COVID-19 wards and Ligtas COVID-19 Quarantine Centers in respective communities.

Furthermore, also part of the BARMM’s prevention and control mechanisms for polio campaign amid COVID-19 include community preparation, orientation of health workers on Infection Prevention and Control (IPC), and provision of PPEs and alcohol-based hand rubs to vaccination teams.

Health Minister Dr. Saffrullah M. Dipatuan said it is time to bring back the halted pace of DOH-National Immunization program after it was suspended on March 2020 due to Covid-19 pandemic.

“We are doing this campaign for the sake of our children in BARMM, we cannot allow them to be exposed to many health risks while facing health crisis,” Dipatuan said.

Meanwhile, World Health Organization (WHO) – Representative in the Philippines Dr. Rabindra Abeyasinghe expressed his commitment and support for the said campaign via video message.

“Polio remains a key priority area of WHO, we are fully committed to seeing the control of this outbreak in the Philippines [..] We urge our partners especially the ministries to go together and respond to the outbreak,” Abeyasinghe said.

UNICEF Chief of Mindanao Andrew Morris said “We are here to support the ministry (MOH) through social mobilization; checking the municipalities if the facilities are ready.”

“We will look for coverage and missed (unvaccinated) children and inform the health units. It’s a very large support from UNICEF because of the seriousness of the issue. We’re here to help the ministry achieve success,” Morris added.