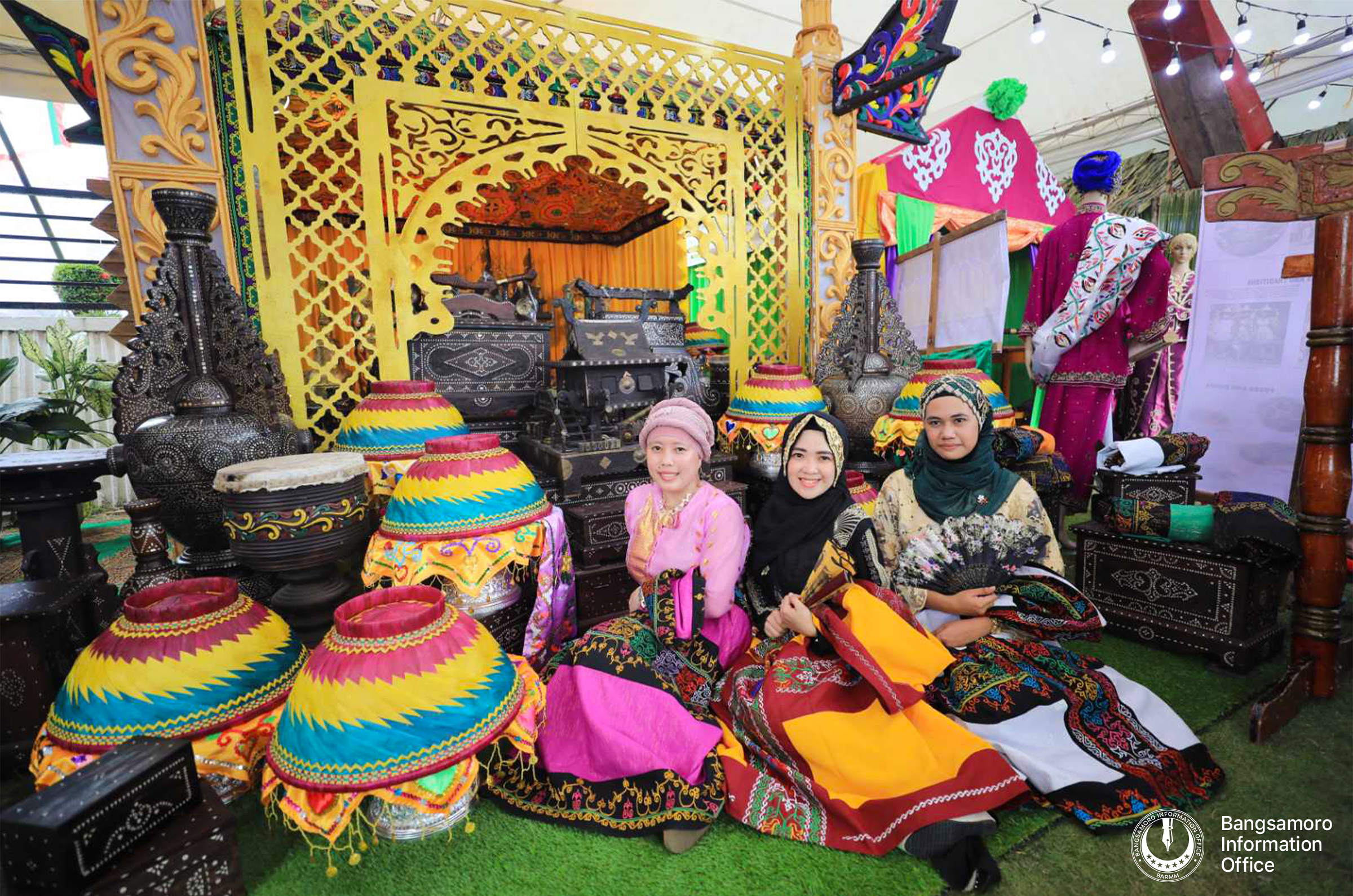 COTABATO CITY—Honoring the flamboyant cultural diversity on its 4th founding anniversary, the Government of the Day is showcasing and raising the level of appreciation and awareness of the rich cultural heritage of Moro ethnic groups from the Provinces of Lanao Del Sur, Maguindanao, Basilan, Sulu, and Tawi-Tawi.

Being held at the Bangsamoro Government Center (BGC) here in this city, participating ministries and offices officially opened on Monday, Jan. 23, the several cultural booths representing their ethnic groups.

Meanwhile, Director Narcisa Macog of Administrative Management Services (AMS) said the event further celebrates the unique identity of the region, diverse yet rich in cultures and traditions “connected by its people’s shared passion and struggle to attain peace in Bangsamoro homeland.”

“As we nurture and preserve the cultural heritage of the region, this activity carries the message of peace and development amidst the diversity, reflective of what we hope to attain for the Bangsamoro,” Macog added.

Also present at the event was Commissioner of Bureau on Cultural Heritage – Tawi-Tawi, Elmasia Madjilon, who expressed her gratitude for the BARMM Government’s initiative for promoting the uniqueness of people’s diverse cultures.

“Malaki ang pagbabago mula nong naitatag ang BARMM, in terms of economy, promoting local products, and the peace and security situation. Aside from local visitors, various international tourists also visited the Tawi-Tawi,” Madjilon said, while he emphased the development impact of establishing the BARMM in the provinces.

The activity also created a learning space for visitors and onlookers to appreciate the uniqueness of the people, food, products, arts, and scenery. (Johaira Sahidala/BIO)