BARMM caps anniversary fete thru Ebrahim’s ‘Report to the Bangsamoro’ 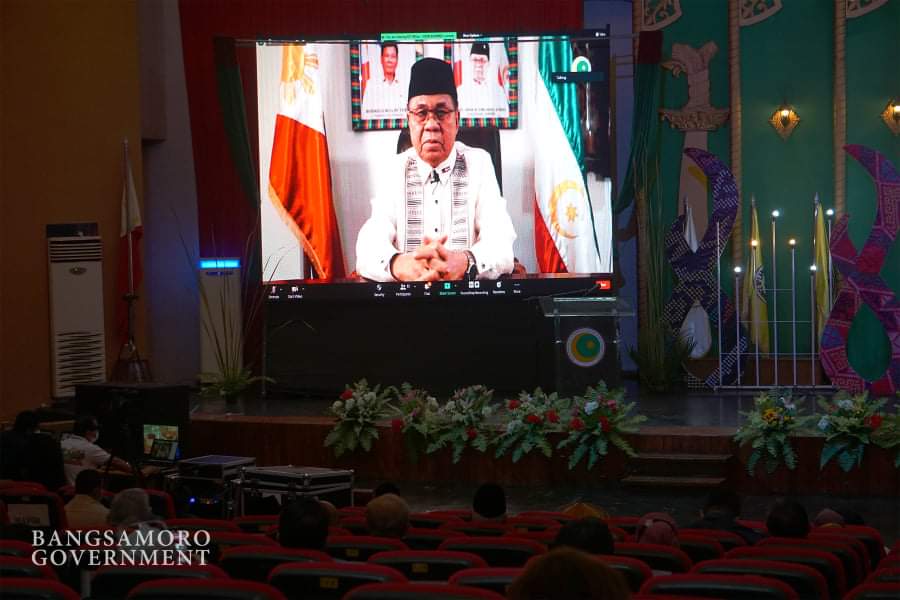 Ebrahim said January 21 will always be remembered as “the date of our commitment to pursue lasting peace and development in our homeland.”

“It is, therefore, proper to recognize this date as the official Bangsamoro Foundation Day – to commemorate our humble victories as a people, remember those who sacrificed for our cause and look forward to a future that we can proudly call as ours,” Ebrahim said.

In his message read by Deputy Speaker Omar Yasser Sema, Bangsamoro Parliament Speaker Atty. Ali Pangalian Balindong thanked the national government for its valuable support to the Bangsamoro’s pursuit for a peaceful and prosperous future.

“Your continuous assistance enables us to be a unifying resource to the community we serve,” he said.

In his message, Galvez thanked the Bangsamoro Government in working hand in hand with the national government.

“Rest assured that the OPAPP, together with our government agencies, local and international peace partners, will be here to support you all the way towards realizing the hopes, the dreams and aspirations of the Bangsamoro people,” Galvez said.

Meanwhile, Lorenzana expressed his committed support to Chief Minister Ebrahim and the rest of the BARMM officials.

“Congratulations BARMM. May our continued coordination and vigorous collaboration lead us further to more successes ahead as one Filipino nation,” he said.