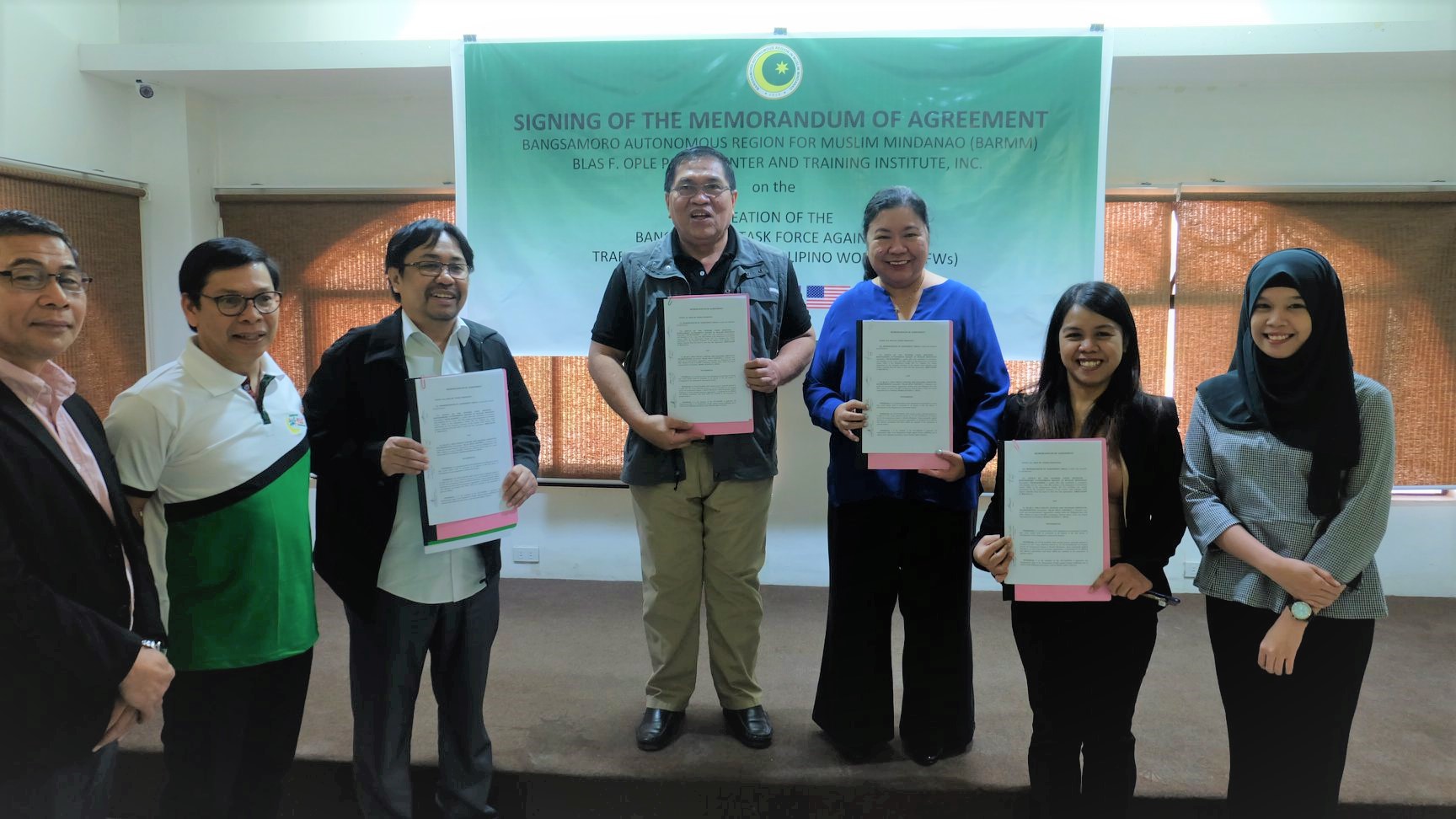 In Macacua’s message, he stressed that “in an ideal world, all our Bangsamoro brothers and sisters working abroad will go back to their roots and would no longer have to leave apart from their families – so, they won’t have to be exposed to the dangers of human trafficking.”

“We owe a lot to the Bangsamoro OFWs who actively campaigned for the passage of the Bangsamoro Organic Law and publicly supported and encouraged their family to vote ‘yes’ to the ratification of the said law exactly a year ago today [January 21, 2020],” he added.

The Bangsamoro Task Force Against Human Trafficking of OFWs

“The said agreement is a commitment of BARMM to guarantee the fundamental rights of the Bangsamoro against human trafficking and other forms of abuse and human rights violations,” Macacua said.

Meanwhile, Lawyer Dumama-Alba said that the creation of the Bangsamoro Task Force Against Human Trafficking of OFWs hopes to “establish mechanisms of detecting and identifying early signs of human trafficking by setting up credible and reliable data management and case monitoring system on OFWs and human trafficking incidence.”

She said it will also identify, determine, and discuss the root causes of illegal migration to determine its approach on how to effectively combat trafficking networks, as well as receive, document, track report, and gather evidences on human trafficking involving Bangsamoro OFWs case build-up.

The Blas F. Ople Policy Center is working closely with the Inter-Agency Council Against Trafficking (IACAT) in the strengthening of a specialized Task Force for monitoring and providing support for the investigation and prosecution of trafficking cases against OFWs.

The Office of the Chief Minister is set to identify and designate a focal office to spearhead the creation, establishment, and operation of the said Task Force.

The creation of the Bangsamoro Task Force is spearheaded by the Office of the Chief Minister. Other ministries and offices of BARMM will also be represented in the said Task Force. (Bureau of Public Information)