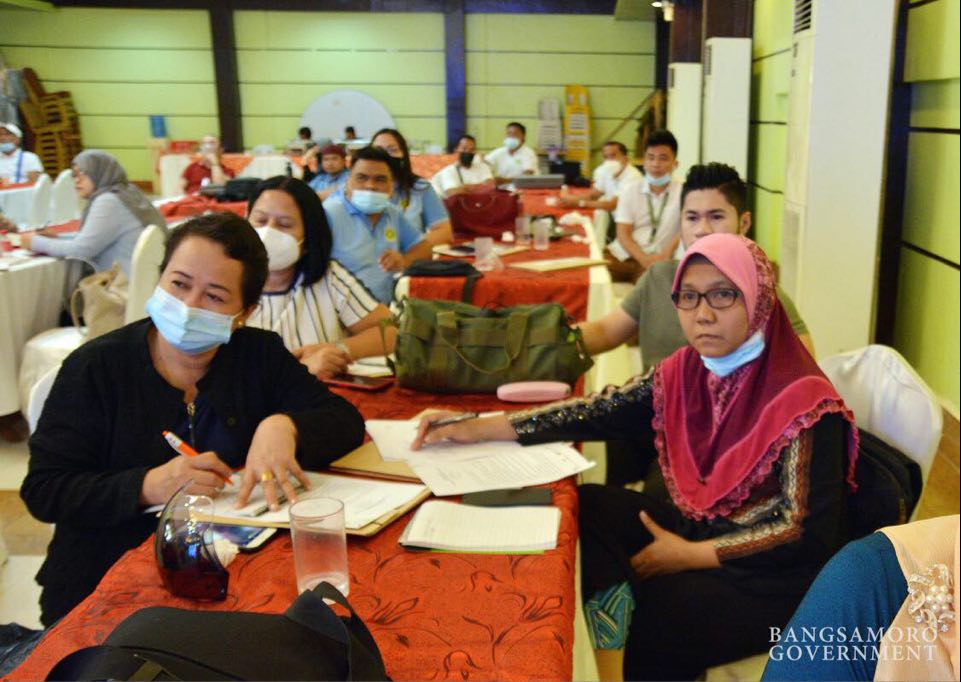 COTABATO CITY—Officials from the information and communication department of different ministries and agencies of the Bangsamoro Government joined Tuesday, Feb. 16, the first ‘Speakers Bureau’ spearheaded by the Bangsamoro Information Office (BIO).

Attended by seventy-six (76) personnel, the event carried the theme ‘Communication in the New Media Landscape’, and was made possible through the support of The Asia Foundation (TAF) and the United Kingdom (UK) Government.

The training was designed to navigate the information work in the Bangsamoro region and advance the delivery of stories through the different social media platforms in the age of the new media.

Several relevant topics, covering media relations, journalism, photography, and other essential elements in the art of contemporary media, were presented by renowned experts who attended digitally and physically.

Dir. James Jimenez, Spokesperson of the Commission on Elections (COMELEC), in a recorded video, shared his inputs and discussed the importance of media relations, social media handling, and tackling misinformation.

Jimenez said in these times where everyone uses social media, “it is important to choose the right platform for the right reasons and for his desired outcomes”, citing the difference between using Facebook or Twitter in composing stories.

Speakers, who were able to attend physically, were Vicente Jaime “Veejay” Villafranca, a visual journalist/educator, and British Broadcasting Corporation (BBC)-News Philippine correspondent Howard Johnson, who guided the participants on how to tell better stories as journalists and his international perspectives on news.

Villafranca discussed the field guide to visual journalism, adding that it is essentially important to “put emphasis on ethics and on responsibilities and unbiased medium for documenting and preserving historic moments in national and world histories while Johnson tackled the idea of quality story-telling.

Earlier in the program, British Ambassador to the Philippines Daniel Pruce and Mr. Sam Chittick, Country representative of TAF, delivered their message of support for the success of the event.

The program was concluded by BIO-Director Mr. Andrew Alonto, where he emphasized that information and communication play a vital role in nation-building.

“Behind every word, behind every frame is a story. We are the storytellers, and there’s a big chance that the success of the Bangsamoro Government will be judged by the stories that we tell,” Alonto said, acknowledging the importance of the Bangsamoro communicators in the region. (Bangsamoro Information Office)