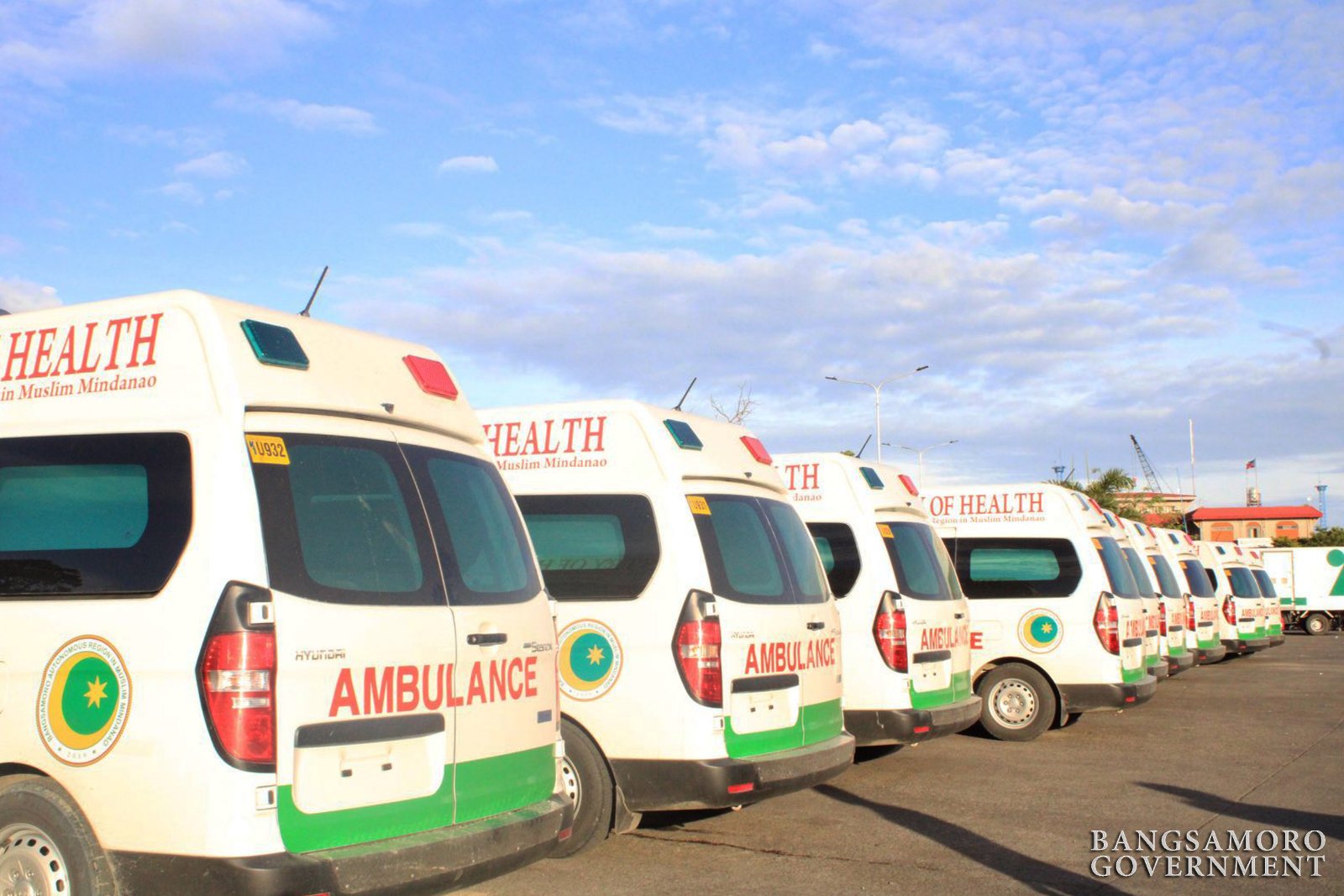 The Ministry of Health turned over nine units of ambulance, supplied with vital emergency medical equipment, to the provinces of Sulu and Basilan on March 25 and 26, respectively.

ZAMBOANGA CITY — The Bangsamoro Government is stepping up its efforts to improve delivery of healthcare services and emergency medical care and life support to its constituents at the grassroots level by providing brand new ambulance units to health facilities across the region.

A total of nine (9) units of ambulance were turned over by the Ministry of Health (MOH) to the island provinces of Sulu and Basilan.

He added that the units are relevant to the public’s medical needs, especially that the region is still on fight against the coronavirus pandemic.

“Ito na ‘yung ginagawa natin sa ngayon — we are trying to be responsive to the needs of our constituents,” Dr. Usman stressed.

On Thursday, March 25, two units of ambulance were turned over to Sulu’s Provincial Hospital and one unit for each for the rural health units (RHUs) in the municipalities of Panglima Estino, Luuk, Talipao, and Old Panamao in the province.

Panglima Estino Municipal Health Officer Dr. Sitti Badria Saji-in said the ambulance would be of great help for their constituents. Since the start of her service in 2002, she said mobilization had been a problem because Panglima Estino RHU never had an ambulance.

“We procure medicines using our own utility vehicles. At times, we borrow from our local government unit,” Dr. Saji-in said.

The ambulance will significantly benefit the Safe Motherhood Program, Dr. Saji-in stressed, as mobility is of essence in saving the life of both the mother and baby during problematic pregnancy.

“We experience hardship in referring them to higher facility when they encounter problems in our health facility including uncontrolled blood pressure, bleeding, complicated delivery, and complicated pregnancy,” Dr. Saji-in added.

Basilan province, on the other hand, also received three units of ambulance for the RHUs of Hadji Mohammad Ajul, Akbar, and Tuburan municipalities.

Lamitan District Hospital also received one unit of laryngoscope, three units of cardiac monitor, and one HEPA filter. MOH-BARMM also handed over 800 units of antigen kits to Basilan IPHO on the same day.