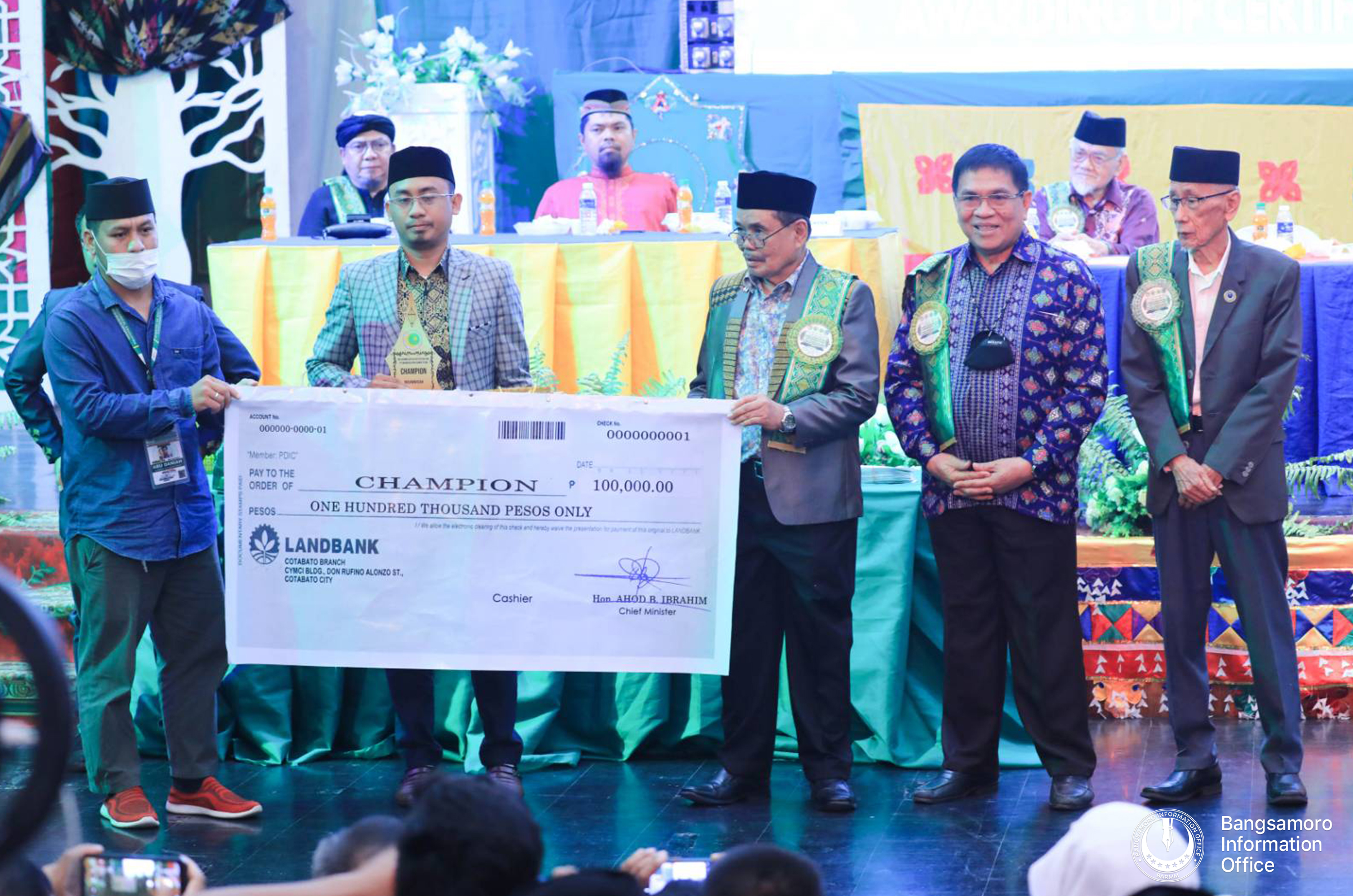 Led by the Ministry of Basic, Higher and Technical Education (MBHTE) through its Directorate General for Madaris Education (DGME), the annual competition is part of the Bangsamoro Government’s commitment to promote the value of Qur’an reading among the Bangsamoro people.

Najaah Kadafie, 14, from Maa’had Amal in Marantao, LDS, extended her gratitude to the leadership of BARMM for spearheading the event.

Kadafie earned the title of Hafidha — someone who has not only learned to read the Qur’an, but memorized it. She said it is a huge accomplishment to be the champion of the prestigious competition.

During the awarding ceremony, Education Minister Mohagher Iqbal stressed the essence of promoting Qur’an literacy and teaching its recitation, and memorization to every Muslim.

“We believe in Islam and we have the Holy Qur’an that we must learn including its ethics and rules to guide us in the right path,” Iqbal said.

The minister further said that MBHTE is building more public Islamic Schools or Madrasah in pursuance of Moral Governance.

“The BARMM Government is working hard to address the needs of the Islamic institutions in the region. This includes the continuous hiring of Islamic Studies and Arabic Language or ISAL teachers to provide relevant education,” Iqbal said. (Johaira Sahidala/BIO)