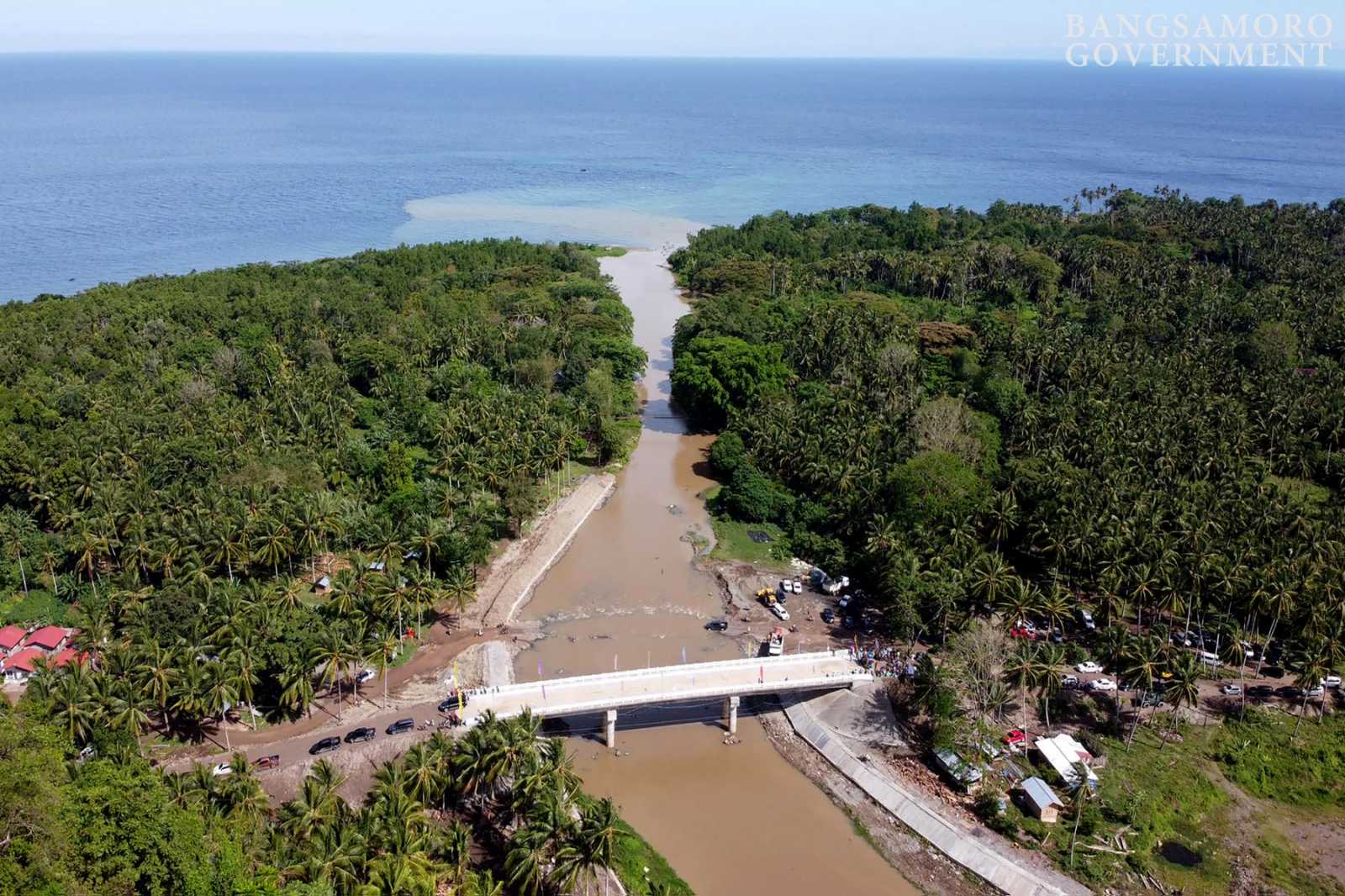 COTABATO CITY – Residents and tourists of coastal municipality of Datu Blah Sinsuat (DBS) in Maguindanao province will now have easier means of transport following the inauguration of the newly built Matuber Bridge in the town.

Bangsamoro Chief Minister Ahod B. Ebrahim, along with other officials, led Saturday, April 3, the ribbon cutting ceremony for the said bridge.

Matuber Bridge, worth Php 106 million, is expected to boost the town’s economic activity given that it is rich with aquatic resources and beautiful white beaches.

DBS was created under the Regional Legislative Assembly of the then Autonomous Region in Muslim Mindanao (ARMM). It was one of the region’s eleven municipalities operating without Internal Revenue Allocation (IRA) for a long time.

“This is the output of Moral governance […] there is no other success except na ma-achieve natin kung ano ang ating minimithi; mawala ang lahat ng anomaly, mawala ang lahat ng all forms of injustices against our people and against BARMM. This is only a part of what we want to achieve later on”, CM Ebrahim emphasized.

“Our partnership with Mayor Datu Marshall Sinsuat and Vice Mayor Bai Raida Sinsuat has shown what we can achieve together if there is understanding and share vision to improve the lives of our people,” he said, thanking the town’s local government unit.

Minister of the Interior and Local Government Atty. Naguib Sinarimbo said “the bridge symbolizes the needed connection among communities so that goods, services, and more importantly ideas can freely flow and interact so that we can push more rapidly development into this part of the province of Maguindanao.”

On the same day, CM Ebrahim also led the inauguration of the town’s new legislative building, and the ground breaking ceremony for the construction of the two (2) storey Municipal Hall of DBS.

According to Minister Eduard Guerra of the BARMM’s Ministry of Public Works, it was Ebrahim’s instruction during the preparation of the region’s 2021 budget that per municipality shall receive their infrastructure projects worth around 90 million pesos.