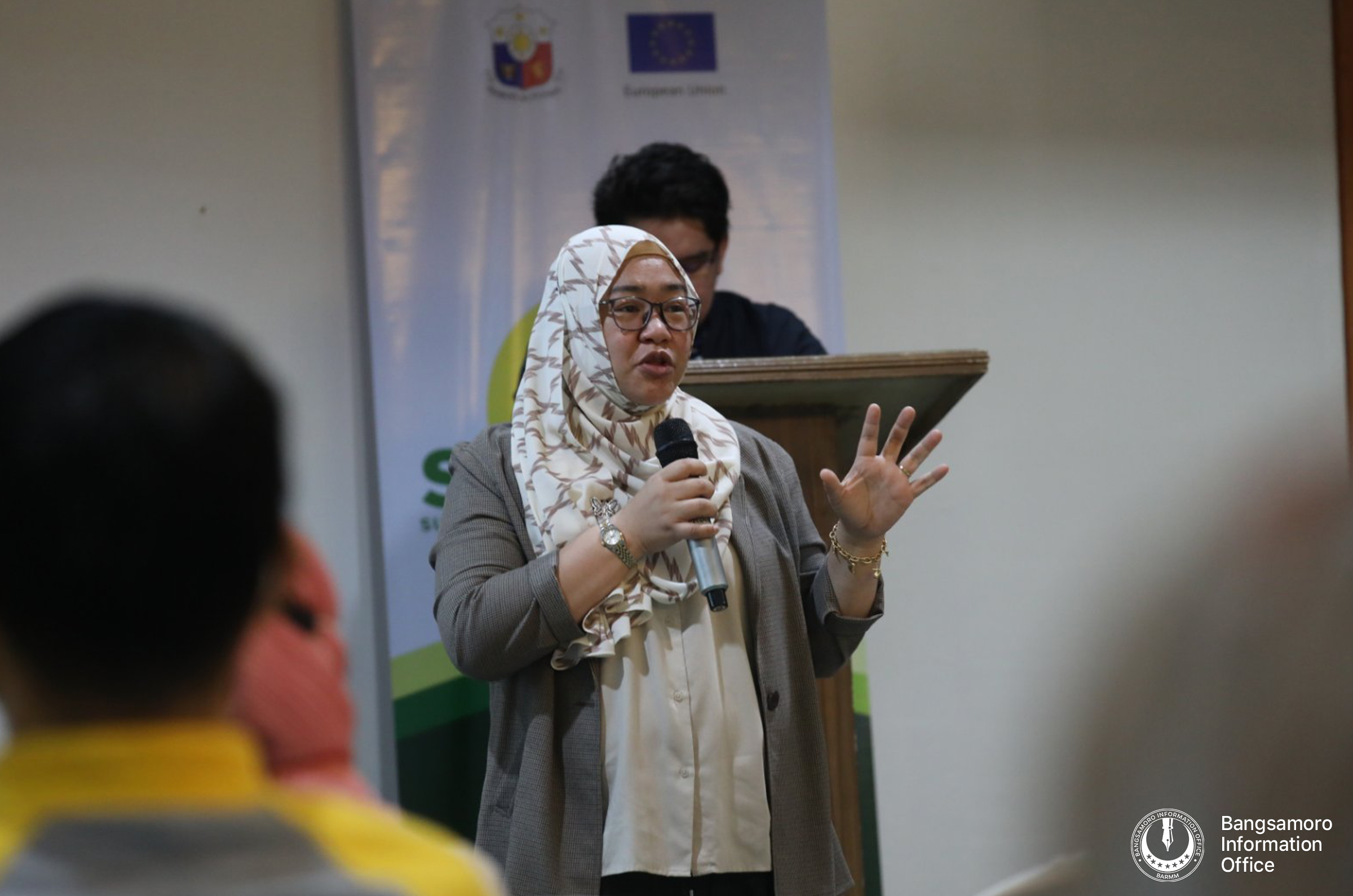 COTABATO CITY — Legal luminaries and other erudite scholars in the region will now gain better access to vital laws, primarily those concerning the Bangsamoro, following the successful launching of the region’s Legal Knowledge Database.

Bangsamoro Attorney General’s Office,  in partnership with the European Union’s Support to Bangsamoro Transition (SUBATRA) launched the database on Monday, September 19, in this city.

Legal Knowledge Database is a legal tool available both online and offline which contains a collection of legal references primarily designed to aid legal professionals and researchers in the practice of law.

BARMM Attorney General and Member of the Parliament (MP) Sha Elijah Alba-Dumama on todays event sought the cooperation of lawyers, mainly from the BARMM’S Legal Liason Network, to support the undertaking.

“Please treat this as your own, and do not hesitate to let us know how well we can improve it in substance and maybe even aesthetically,” Dumama said.

Dumama, who is also the Majority Floor Leader of the Bangsamoro Transition Authority (BTA) Parliament, encouraged the legal professionals present in the event to promote a culture of innovation in their profession.

“As lawyers, we must not limit ourselves to doing legal tasks to help others. I encourage you to take an active part in innovating and evolving our work and how we do them, so that we can meaningfully contribute to the legal practice and ultimately create ripples of change and impact in society, ” she said.

The database, which was developed with SUBATRA, is offered free of charge and can be regularly updated as new content and resources become available.

“Thousands of hours were spent to locate, analyze, and logically bring together some 1,600 regional, national, and international legislation, and finally to build the database,” said Jolly.

“BAGO and SUBATRA are proud of the result and are certain that it will contribute to the strengthening of the rule of law during the transition,” he added.

Jolly emphasized that “without easy access to the law, there is no rule of law”.

While the online version is yet to become available, Universal Serial Bus (USB) cards which contain the offline version of the database were distributed to the attendees of the event, courtesy of SUBATRA. (Abdullah Matucan/BIO)