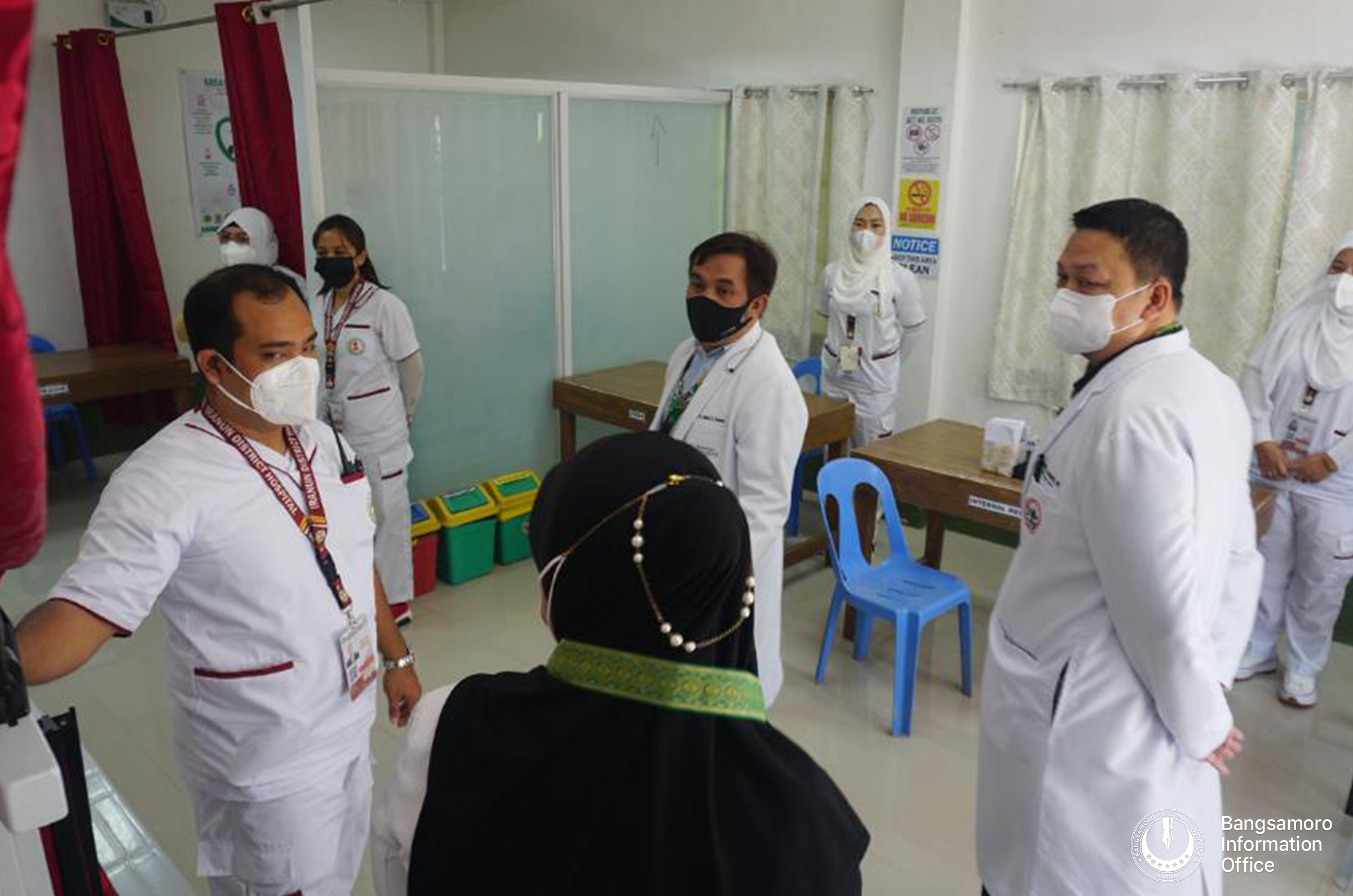 COTABATO CITY—Health care is now accessible for the far-reaching Iranun communities in the region as Bangsamoro Government formally launched the Iranun District Hospital (IDH) in Parang, Maguindanao on Wednesday.

Ministry of Health (MOH) Director-General and OIC IDH Chief of Hospital Dr. Amirel Usman said that the opening of the hospital will cater patients from the towns of Parang, Matanog, Buldon, Barira, Sultan Mastura, some parts of Sultan Kudarat in Maguindanao, and even the towns and areas of Balabagan and Kapatagan in Lanao Del Sur and North Cotabato.

“I am so glad that for more than 20 years of having this hospital [built through the funds of late Congressman Didagen Dilangalen], it is now finally open to serve mostly Iranun communities in the Bangsamoro region,” Dr. Usman said.

The new hospital has assigned 4 doctors, 20 nurses and 25 administrative support staff. They will start as infirmary, which could care and treat mild to moderate illnesses, minor operations and admit patients up to 25 beds capacity.

According to Norkaya Wahab Sarip, 45, a resident of Barangay Bacolod of this town, “We are waiting for the opening of this hospital for a long period of time. This hospital is considered as a blessing for us here, especially like me, a poor resident of Parang, Maguindanao.”

“We could save money, travel time, and reduce the sufferings of our patients who are in need of urgent medical attention because our public hospital is now within our reach,” Sarip added.

Meanwhile, Poblacion 2 Barangay Chairman Walad Ali extended his deepest thanks to the Bangsamoro Government, saying, “through this hospital, we really felt the moral governance. We are waiting for the opening of this hospital for a long time because our advantage is very clear: we could no longer bring our patients outside the town, thus, our mobilization funds of transporting our patients could be converted into buying of essential medicines, instead.”

“We recognized the key role of BARMM Government and everyone to share their efforts for the opening of this hospital.  Our local government will closely coordinate with the hospital management to see what support we could extend during its  operationalization,” Ibay said.

On the other hand, Senior Minister, in his message read by Atty. Shah Elija Dumama-Alba, said: “today, our dear brethren from the mighty Iranun Corridor are gathered to witness what it feels like—a fairy tale dream come true, the operationalization of Iranun District Hospital. What we need only in BARMM Government is to take good care of this hospital and to show your ability being an Iranun Bangsamoro in the aspect of providing medical services to your constituents.”

CRMC Medical Chief Dr. Ishmael R. Dimaren also assured that the CRMC will help in capacity and skills development of the current medical staff to level up the hospital from infirmary to primary hospital, upliftment of laboratory, as well as record digitalization. (Kasan M. Usop, Jr./BIO)