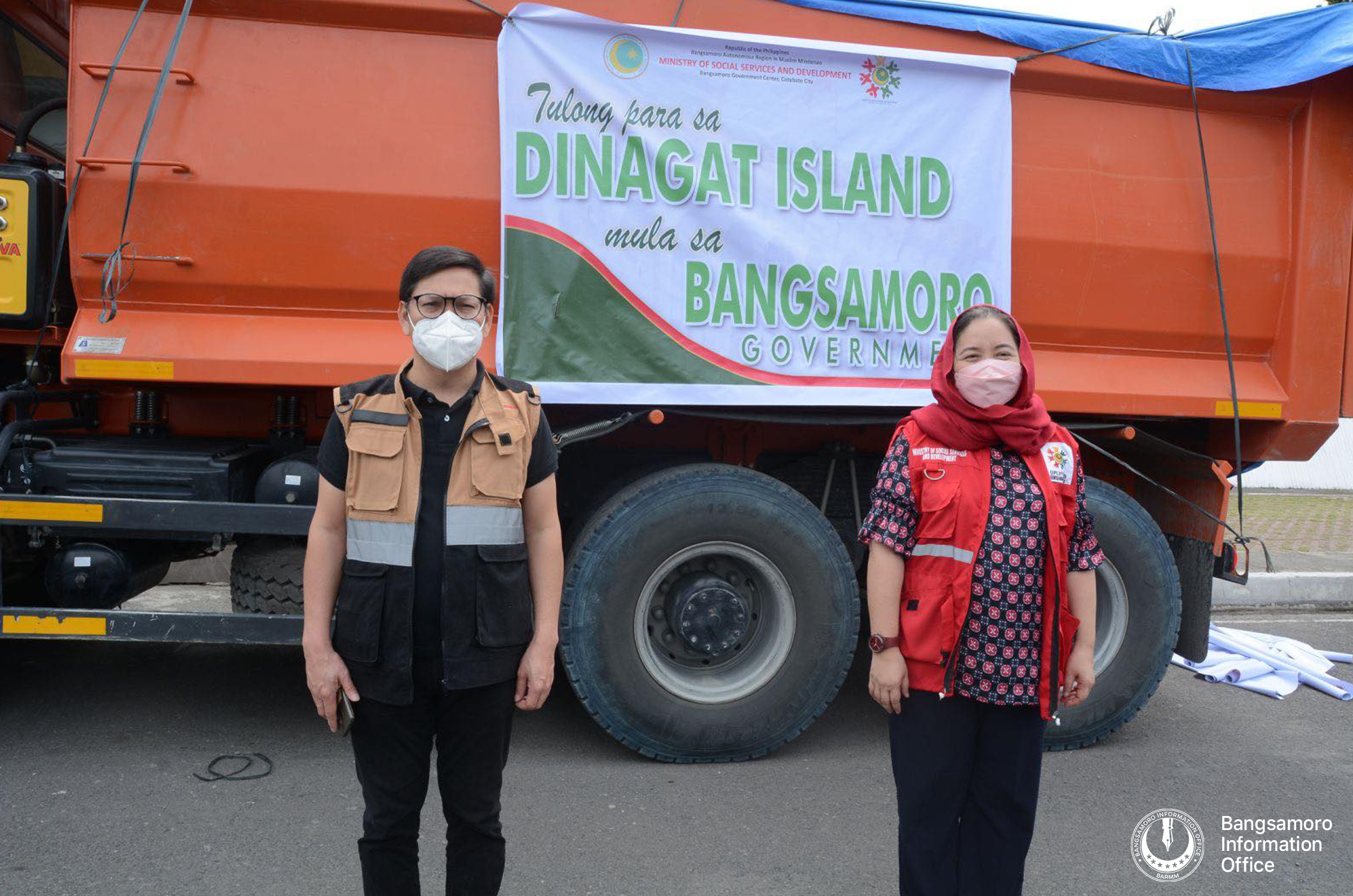 The province appears to be the hardest-hit area in Caraga region, following the onslaught of Typhoon Odette—the strongest tropical cyclone to hit the Philippines this year—which left the area “leveled to the ground”.

The Ministry of Social Services and Development (MSSD) provided 125,000 kilos of rice, 1,600 jerry cans, and 3,200 boxes of water purification tablets, while the Ministry of Health (MOH) and the Project Tulong Alay sa Bangsamorong Nangangailangan (TABANG), under the Office of the Chief Minister (OCM), provided 3,000 hygiene kits.

Moreover, the Bangsamoro Rapid Emergency Action on Disaster Incidence (BARMM-READi), under the Ministry of Interior and Local Government (MILG), provided 2,000 food packs—each containing 10 kilos of rice, 10 canned goods, and 10 sachets of 3-in-1 coffee.

MSSD Minister Atty. Raisa Jajurie mentioned about the continuous relief operation of the Ministry in BARMM areas mostly affected by typhoon Odette in Lanao Del Sur and in Maguindanao, which also include the areas outside BARMM such as Dinagat Islands that is now in dire need of help.

“We choose Dinagat Islands to extend our assistance because almost 95% of the area was devastated by Typhoon Odette,” Minister Jajurie said.

“This aid is also sending message to the people of Dinagat Islands to show our solidarity with them from the Bangsamoro region and to ease their current feelings of hardship, pain, and helplessness in the aftermath of Typhoon Odette,” she added.

Meanwhile, MILG Minister Atty. Naguib Sinarimbo explained that there was already a problem on the food shortages in the province which prompted the Bangsamoro Government to send immediate assistance.

“Here in our region, we only experienced flooding due to Typhoon Odette but in some areas outside BARMM like communities of Dinagat Islands, it was massively devastated by typhoon Odette [and] extending hand with them is very crucial,” Sinarimbo said.

“Yesterday, we also extended 5,000 food packs of relief assistance to victims of the typhoon in Negros Occidental, in which the distribution was facilitated by 6th Infantry Division in Awang, Datu Odin Sinsuat Maguindanao,” Sinarimbo added.

The Dinagat Islands is a 4th class province, geographically isolated area located in the innermost tip of Mindanao composed of seven (7) municipalities and 100 barangays with a total population of 128,117.  Unfortunately, more than 116,300 of its population have been severely affected by Typhoon Odette.  (Bangsamoro Information Office)