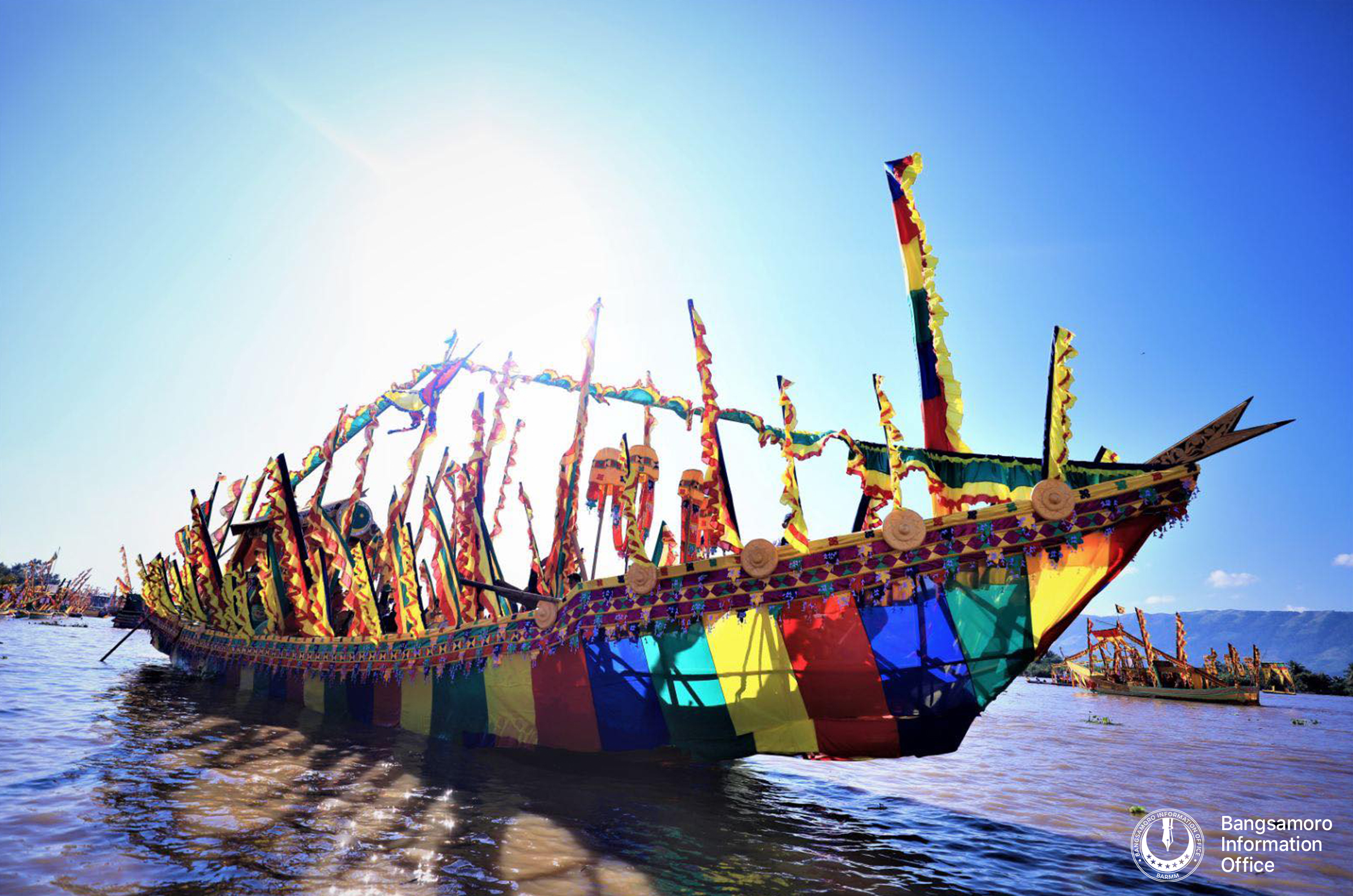 COTABATO CITY—To highlight the week-long commemoration of Shariff Kabunsuan in the Bangsamoro region, over 200 ornament-clad boats flocked to the Tamontaka River in Kalanganan II, Cotabato City on Sunday, Dec. 19, 2021.

This year’s ‘Guinakit’ fluvial parade, organized by the region’s Ministry of Trade, Investments, and Tourism (MTIT), is said to be the grandest fluvial festival by far.

Guinakit is a Maguindanaon word which means ‘a convoy of boats’.

Every 19th of December, said fluvial parade is being held to reenact the landing of Shariff Mohammad Kabunsuan (an heir mixed Arab and Malay from Johor, Malaysia) along the banks of  ‘Masla Pulangi’ (now known as Rio Grande de Mindanao) in the 16th century to introduce Islamic faith in mainland Mindanao.

Reports said, Shariff Kabunsuan was the son of Shariff Alih Zainal Abidin and a descendant of the Prophet Muhammad S.A.W. from Hadramount Southern part of Saudi Arabia migrated to Malaysia. Shariff Kabusuan left Johor with his men, aboard their bancas, and eventually landed in Mindanao. He met important figures such as Tabonawe and Mamalu—the forefathers of Maguindanaons.

In his message read by Senior Minister Abdulraof Macacua, Chief Minister Ahod Ebrahim said, “we witness the commemoration one of the most important chapters in our history the coming of Shariff Kabunsuan that connects us all the way back to his arrival. This is the introduction of Islamic faith that, eventually, binds us together as one people and one Bangsamoro.”

Meanwhile, Education Minister Mohager Iqbal said in his commemorative message:  “Allow us to commemorate one of our significant traditions and in a critical moment of history the arrival of Islam in Mindanao through various efforts of Muhammad Kabunsuan—the first Sultan of Maguindanao.”

“The arrival of Islam [in Mindanao] is not only a religion but also education and various political system, which is a Sultanate,” he added.

MTIT Director-General Rosslaini Alonto-Sinarimbo said that the celebration of Shariff Kabunsuan was a success while still observing the minimum health protocols.