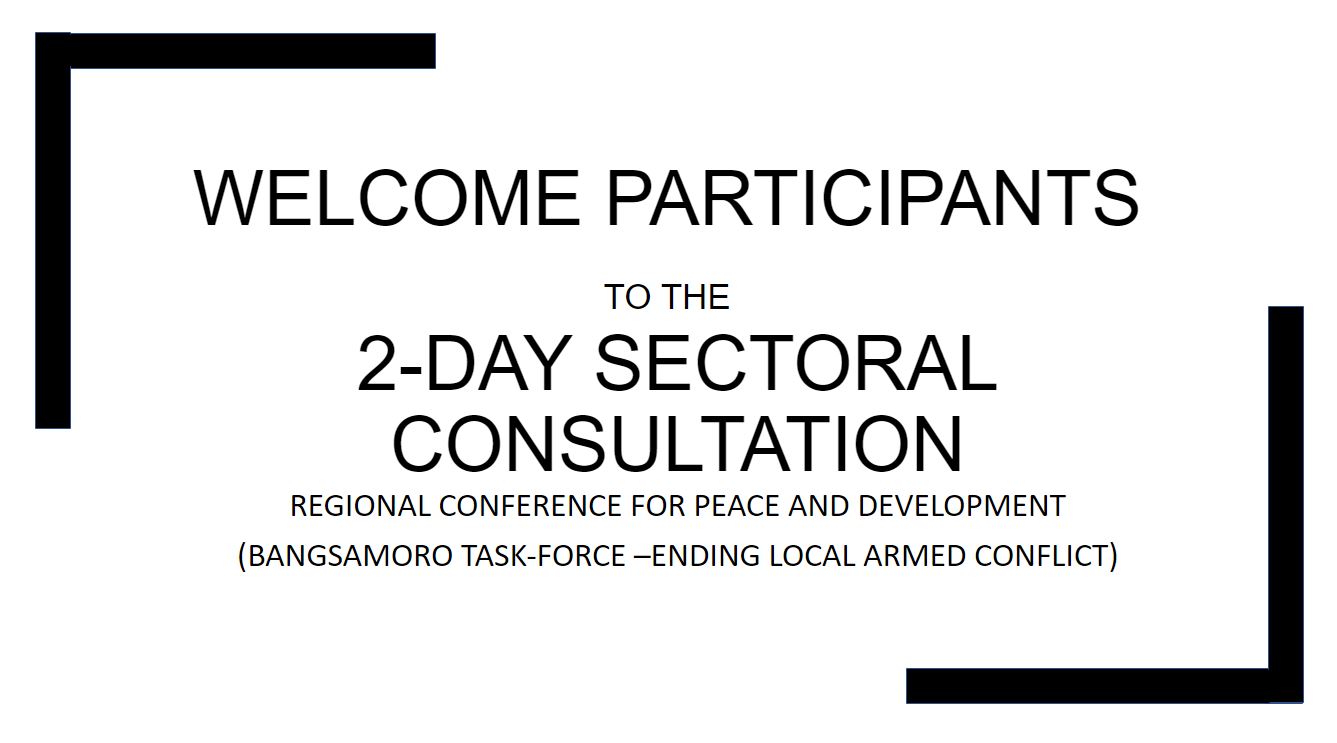 SUCBEM, which is composed of the region’s different ministries including the Office of the Chief Minister, invited several representatives and organizations from the sectors of the indigenous people, labor, agri-fishery, youth, women, and the indigent.

Through virtual conference, the consultation intended to provide a framework for advocacy of legitimate sectoral issues and concerns, validate governance and development gaps of communities, and identify needed government interventions to address them.

Lack of farm to market roads, insufficient funds for projects and programs for the youth, unstable peace and order, and territorial disputes are among the issues and concerns raised during the consultation.

An orientation on peace and development and inputs on communist terrorist group exploitation were also discussed by the National Task Force-Ending Local Communist Armed Conflict (NTF-ELCAC).

The RCPD is the first of the three phases of the SUCBEM State of the Nation 2021 Campaign Plan of President Rodrigo Duterte which intends to execute the formation of regional level multi-sectoral assembly with the aims to ratify and formalize the submission of a regional peace and development agenda.

The 2-day sectoral consultation concluded through a ceremonial signing of a manifesto to show their full commitment to share the advocacies for peace and development. (Bangsamoro Information Office)