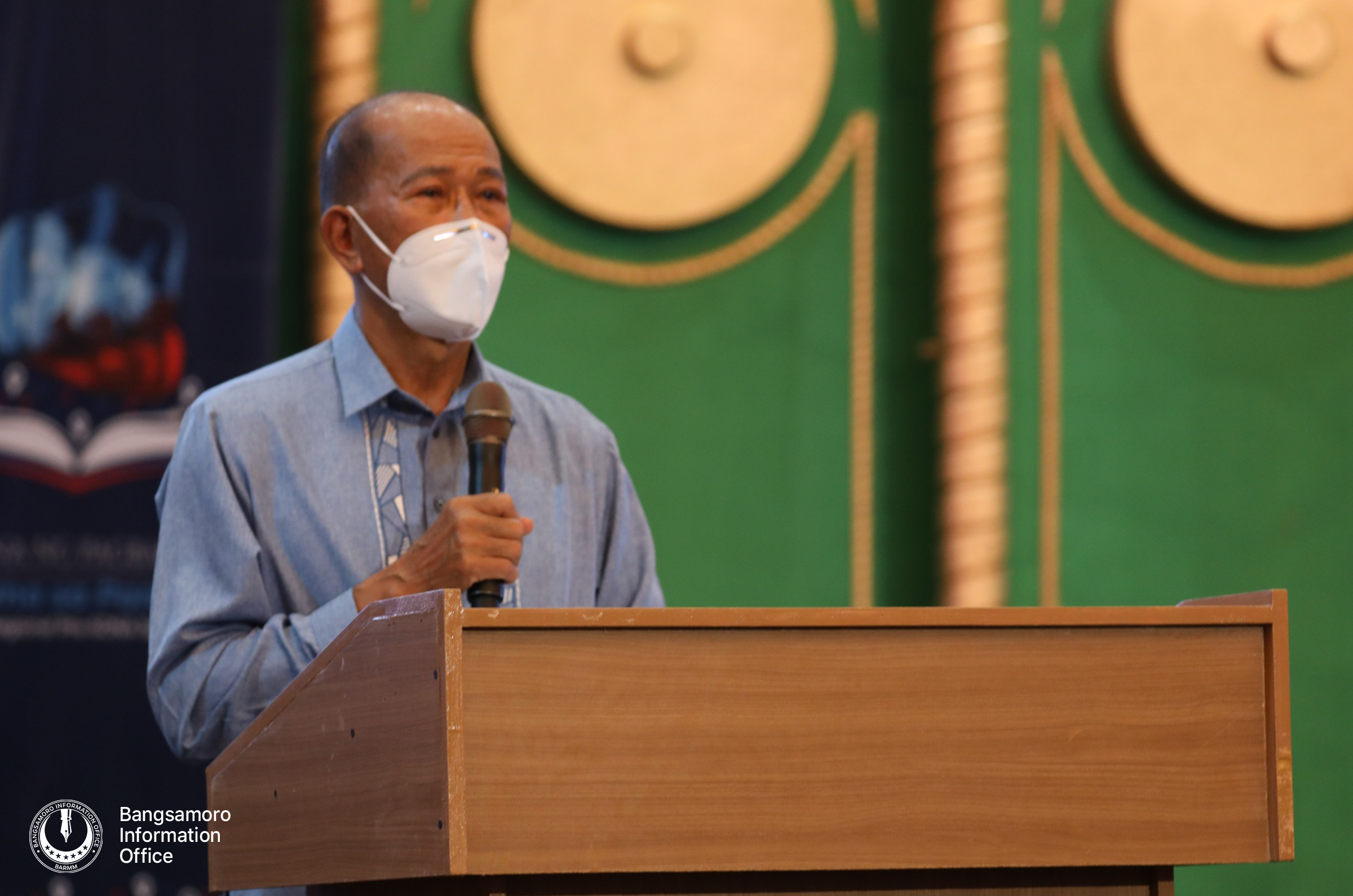 Department of National Defense Secretary Delfin N. Lorenzana described the BARMM government’s achievements as “very impressive” and reiterated his support for BTA extension during the conduct of the Pre-SONA activity on Tuesday, June 29, 2021.

Lorenzana, also the designated Cabinet Officer for Regional Development and Security (CORDS) for the BARMM, described the interim government’s achievements as “very impressive” and affirmed his earlier pronouncement with the President, stating that “it is not enough that the Bangsamoro Transition Authority (BTA) will craft laws but also ensure details of infrastructures that filters towards the barangay.”

“For the first two years of BTA, I told the President that even under normal circumstances, BTA will not be able to finish all the work, and there was even Covid-19. I told him I support the extension of BTA,” Lorenzana remarked.

“We thank and commend the Bangsamoro Government under the leadership of Chief Minister Ahod B. Ebrahim and BARMM ministers for their hard work to commitment towards improving the lives of its constituents and security of the region,” he added.

The activity, which kicked off last April 15 in Butuan City, CARAGA, served as the preparation for the 6th and final State-of-the-Nation Address (SONA) of President Rodrigo Roa Duterte next month on July 26, 2021.

“It is my sincerest hope that we all continue to work together towards recovery,” Nograles said.

On the other hand, BARMM Spokesperson and interior and local government Minister Atty. Naguib Sinarimbo outlined the achievements of BARMM based on its 12-point priority agenda. [Related Story:  10th Chief Minister’s Hour]

In his message, Chief Minister Ebrahim expressed that the Duterte Administration was unprecedented and relentless in putting the Bangsamoro cause on the national platform.

“The Bangsamoro, as a people, as a region, and as a government, is forever in debt to the kindness, political will, and understanding of President Rodrigo Roa Duterte,” Ebrahim said.

Tuesday’s event was co-organized by the Bangsamoro Government and the Provincial Government of Maguindanao. (Bangsamoro Information Office)