BARMM to build 100 shelters for BIAF members in Camp Darapanan 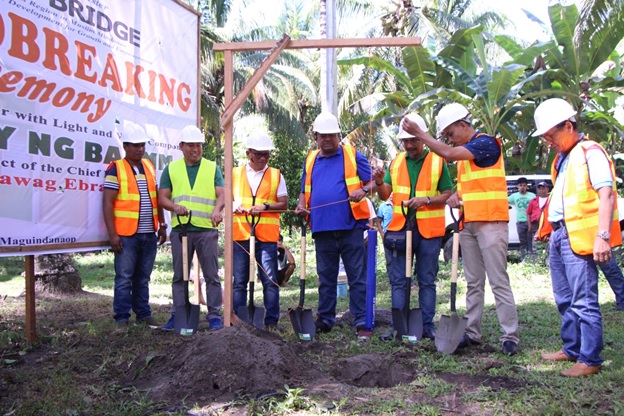 Cotabato City (December 09, 2019) – The Bangsamoro Government, through its Bangsamoro Regional Inclusive Development for Growth and Empowerment (BARMM-BRIDGE) and Ministry of Public Works (MPW), is set to build 100 core shelters for the families of the Bangsamoro Islamic Armed Forces (BIAF) members in Camp Darapanan, Maguindanao.

Each of the core shelters comes with a water system and solar power components as added amenities.

In addition, 50 core shelters will be built for the poorest of the poor families in Datu Odin Sinsuat, Maguindanao.

The groundbreaking ceremony for the project was held in Camp Darapanan, Sultan Kudarat and Barangay Kakar, Datu Odin Sinsuat on November 28 and 29, respectively.

“Considering the hardships previously faced, the dedication of the workers involved for the good of the cause, especially the new employees of the District Engineering office, will hopefully result in the project’s accomplishment at the soonest time,” he added.

BARMM-BRIDGE and MPW focal persons ended the ceremony by burying a time capsule containing the plans of the project. The capsule will be recovered at the end of construction, 300 calendar days after the groundbreaking ceremony.  (Bureau of Public Information)