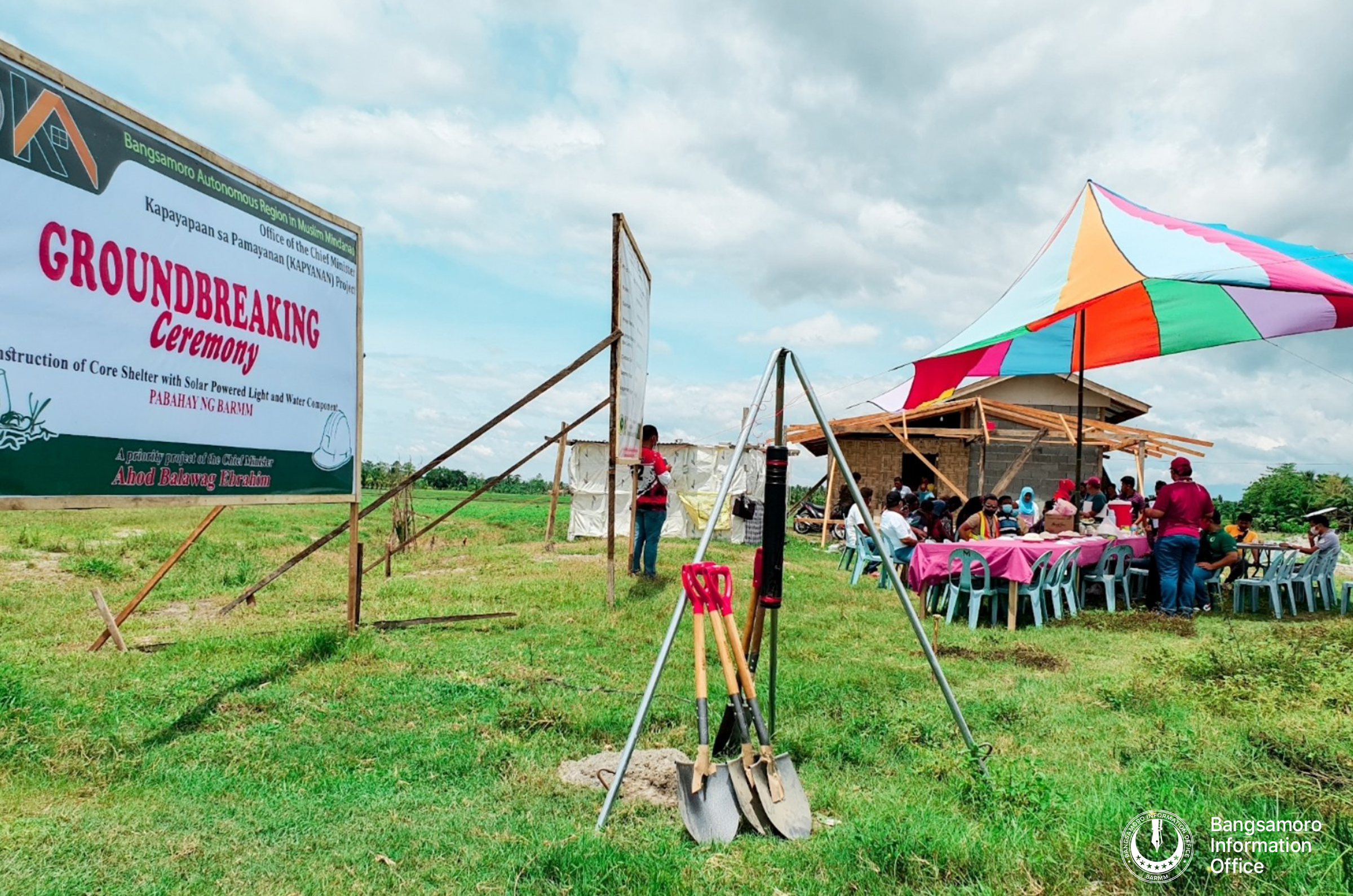 COTABATO CITY – About 50 indigent families at Brgy. Sugadol in Datu Abdullah Sangki (DAS) Municipality in Maguindanao are set to benefit from the region-wide core shelter program of the Office of the Chief Minister Ahod B. Ebrahim.

On Wednesday, June 2, the OCM’s Kapayapaan sa Pamayanan (KAPYANAN) Program led the groundbreaking ceremony for the construction of the houses in the said village.

Municipal Councilor Suharto Mabang, who also led the event, said the LGU and the Bangsamoro Government should strengthen their collaboration and coordination in implementing the latter’s development projects.

The 50 shelters in Brgy. Sugadol are part of the 350-housing projects for the municipalities of DAS, Rajah Buayan, Shariff Aguak, General SK Pendatun (GSKP), and Mamasapano.

Groundbreaking ceremonies for the towns of Rajah Buayan and GSKP were held on June 1 and 3, respectively. Schedule for Shariff Aguak and Mamasapano are being finalized.

Under its 2020 budget appropriations, KAPYANAN Program aims to build a total of 1000 housing units complete with solar powered light and water component for the province of Maguindanao. This is in addition to the 1,130 core shelters for the province approved under the program’s 2019 budget.

KAPYANAN is one of the banner programs of Chief Minister Ebrahim which aims to improve the living condition of the poorest of the poor in the Bangsamoro region. (Bangsamoro Information Office)